A Life Beyond ‘Do What You Love’ 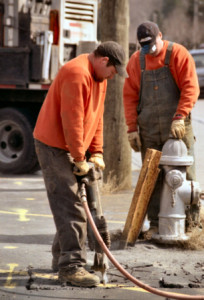 By Gordon Marino, originally published at the New York Times.

Student advisees often come to my office, rubbing their hands together, furrowing their brows and asking me to walk along with them as they ponder life after graduation. Just the other day, a sophomore made an appointment because he was worrying about whether he should become a doctor or a philosophy professor. A few minutes later, he nervously confessed that he had also thought of giving stand-up comedy a whirl.

As an occupational counselor, my kneejerk reaction has always been, “What are you most passionate about?” Sometimes I‘d even go into a sermonette about how it is important to distinguish between what we think we are supposed to love and what we really love.

But is “do what you love” wisdom or malarkey?

In a much discussed article in Jacobin magazine early this year, the writer Miya Tokumitsu argued that the “do what you love” ethos so ubiquitous in our culture is in fact elitist because it degrades work that is not done from love. It also ignores the idea that work itself possesses an inherent value, and most importantly, severs the traditional connection between work, talent and duty.

When I am off campus and informally counseling economically challenged kids in Northfield, Minn., a city of about 20,000, the theme is not “do what you love.” Many of them are used to delivering papers at 5 a.m., slinging shingles all day or loading trucks all night. They are accustomed to doing whatever they need to do to help out their families. For them, the notion of doing what you love or find meaningful is not the idea that comes first to mind; nor should it. We put our heads together and consider, “What are you best at doing?” or “What job would most improve your family’s prospects?” Maybe being licensed as a welder or electrician? Maybe the military? Passion and meaning may enter into the mix of our chats with the understanding that they sharpen your focus and make you more successful.

My father didn’t do what he loved. He labored at a job he detested so that he could send his children to college. Was he just unenlightened and mistaken to put the well-being of others above his own personal interests? It might be argued that his idea of self-fulfillment was taking care of his family, but again, like so many other less than fortunate ones, he hated his work but gritted his teeth and did it well.

It could, I suppose, be argued that my father turned necessity into a virtue, or that taking the best care you can of your family is really a form of self-service. But getting outside yourself enough to put your own passions aside for the benefit of a larger circle, be it family or society, does not come naturally to everyone.

Not all take this path. You may know the tale of Dr. John Kitchin, a.k.a.Slomo, who quit his medical practice for his true passion—skating along the boardwalk of San Diego’s Pacific Beach. But is it ethical for the doctor to put away his stethoscope and lace up his skates?

Thinkers as profound as Kant have grappled with this question. In the old days, before the death of God, the faithful believed that their talents were gifts from on high, which they were duty-bound to use in service to others. In his treatise on ethics, “The Groundwork for the Metaphysics of Morals,” Kant ponders: Suppose a man “finds in himself a talent which might make him a useful man in many respects. But he finds himself in comfortable circumstances and prefers to indulge in pleasure rather than take pains in enlarging his happy natural capacities.” Should he?

Kant huffs, no—one cannot possibly will that letting one’s talents rust for the sake of pleasure should be a universal law of nature. “[A]s a rational being,” he writes, “he necessarily wills that his faculties be developed, since they serve him, and have been given him, for all sorts of purposes.” To Kant, it would be irrational to will a world that abided by the law “do what you love.”

Perhaps, unlike Kant, you do not believe that the universe is swimming with purposes. Then is “do what you love,” or “do what you find most meaningful” the first and last commandment? Not necessarily.

The faith that my likes and dislikes or our sense of meaning alone should decide what I do is part and parcel with the gospel of self-fulfillment. Philosophy has always been right to instruct that we can be as mistaken about our views on happiness as anything else. The same holds for the related notion of self-fulfillment. Suppose that true self-fulfillment comes in the form of developing into “a mature human being.” This is of course not to claim that we ought to avoid work that we love doing just because we love doing it. That would be absurd. For some, a happy harmony exists or develops in which they find pleasure in using their talents in a responsible, other-oriented way.

The universally recognized paragons of humanity—the Nelson Mandelas, Dietrich Bonhoeffers and Martin Luther Kings—did not organize their lives around self-fulfillment and bucket lists. They, no doubt, found a sense of meaning in their heroic acts of self-sacrifice, but they did not do what they were doing in order to achieve that sense of meaning. They did—like my father and some of those kids from town—what they felt they had to do.

Dr. King taught that every life is marked by dimensions of length, breadth and height. Length refers to self-love, breadth to the community and care of others, and height to the transcendent, to something larger than oneself. Most would agree with Dr. King’s prescription that self-fulfillment requires being able to relate yourself to something higher than the self. Traditionally, that something “higher” was code for God, but whatever the transcendent is, it demands obedience and the willingness to submerge and remold our desires.

Perhaps you relish running marathons. Perhaps you even think of your exercise regimen as a form of self-improvement. But if your “something higher” is, say, justice and equality, those ideals might behoove you to delegate some of the many hours spent pounding the track on tutoring kids at the youth center. Our desires should not be the ultimate arbiters of vocation. Sometimes we should do what we hate, or what most needs doing, and do it as best we can.

This article was originally written for and published at the New York Times, and is reproduced here without the permission of the author, who is not affiliated with this website or its views.

One Response to A Life Beyond ‘Do What You Love’