The Case for ‘Soft Atheism’ 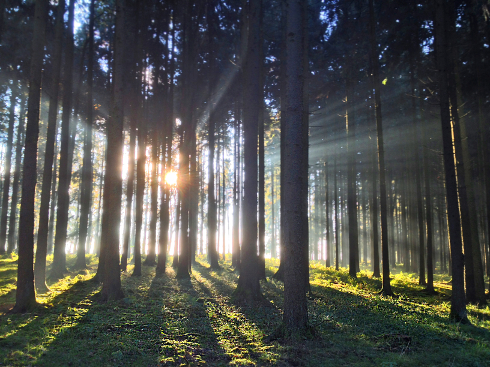 An interview by Gary Gutting with Philip Kitcher, a professor of philosophy at Columbia University and the author of the book “Life After Faith: The Case for Secular Humanism.” This interview was originally published in the New York Times.

Gary Gutting: You have said that you “take religious doctrines to have become incredible.” Why do you think that?

Philip Kitcher: An opening clarification: I don’t think focusing on religious doctrine, as opposed to religious experience or practice, is always the best way of considering a religious perspective. Nonetheless, most religions do offer doctrines about aspects of the world that go beyond the things of everyday experience. They tell us about gods or spirits or ancestors who return or special forces or sacred qualities of particular places.

The most basic reason for doubt about any of these ideas is that (when you understand words in their normal, everyday senses) nobody is prepared to accept all of them. Even if you suppose that Judaism, Christianity and Islam share some common conception of a divine being, the Hindu deities are surely different, the spirits and ancestors of African and Native American religions different again, and that’s before we get to Melanesian mana or the aboriginal Australian Dreamtime. It’s very hard to think that every one of these radically different conceptions picks out some aspect of our cosmos.

So asserting the doctrines of a particular religion, or family of religions, requires denying other contrary doctrines. However, when you consider the historical processes underlying the doctrines contemporary believers accept, those processes turn out to be very similar: Long ago there was some special event, a revelation to remote ancestors. Religious doctrine has been transmitted across the generations, and it’s learned by novice believers today. If the devout Christian had been brought up in a completely different environment — among aboriginal Australians or in a Hindu community, say — that person would believe radically different doctrines, and, moreover, come to believe them in a completely parallel fashion. On what basis, then, can you distinguish the profound truth of your doctrines from the misguided ideas of alternative traditions?

G.G.: But as you yourself suggest, doctrines aren’t necessarily the most important thing about religions. Many believers see doctrinal pronouncements as just halting ways of expressing experiences of a divine reality — experiences that are largely similar across the varieties of religious doctrines.

P.K.: The trouble with this proposal is that such happenings aren’t independent of the religious ideas available in the surrounding culture. Yes, people who grow up in quite different traditions have similar experiences — experiences they take to be religious — but they characterize them using the categories of the religions with which they’re familiar. Moreover, as people who have studied religious experience, from William James on, have understood very clearly, an experience someone takes to be an encounter with the divine might have all sorts of psychological causes — and, of course, such experiences are often claimed by people who are psychotic, or who are under the influence of drugs, or who are experiencing severe stress. The point has long been appreciated by the major religions of the world, which have taken pains to distinguish “genuine” experiences from those that might promulgate heresy.

Further, scholars studying the evolution of religious doctrines have learned that important ideas of major religions have been introduced in response to the political requirements of some historical situation — even though Jesus received a Roman punishment (crucifixion), it would not have been a bright idea, in a Rome-dominated world, to pinpoint the Romans as responsible, and the problem was resolved by finding a way to cast blame on the Jews (preparing the way for centuries of prejudice and hostility).

Further still, religions today adapt their doctrines so as to recruit particular types of people as converts — proselytizers often target people who have just moved to unfamiliar surroundings and who lack close friends (to cite just one example). The historical route to contemporary religious doctrines is full of transitions that have very little to do with the identification of truth. If you’re concerned to believe what is true, you should find all of these doctrines incredible.

G.G.: So you reject all religious doctrines, but you also say that you “resist the claim that religion is noxious rubbish to be buried as deeply, as thoroughly and as quickly as possible.” Why is that?

P.K.: The past decade has seen some trenchant attacks on religion, and I agree with many points made by people like Daniel Dennett and Richard Dawkins. (Dennett seems to me clearly the most sophisticated of the “new atheists”; much as I admire Dawkins’s work in evolutionary biology and in enhancing the public understanding of science, he is more often off-target in his diatribes against religion.) But these atheists have been rightly criticized for treating all religions as if they were collections of doctrines, to be understood in quite literal ways, and for not attending to episodes in which the world’s religions have sometimes sustained the unfortunate and campaigned for the downtrodden. The “soft atheism” I defend considers religion more extensively, sympathizes with the idea that secularists can learn from religious practices and recommends sometimes making common cause with religious movements for social justice.

G.G.: So on your view, Dawkins and company don’t refute all forms of religion, just unsophisticated literal assertions of religious claims.

P.K.: Yes, I think there’s a version of religion, “refined religion,” that is untouched by the new atheists’ criticisms, and that even survives my argument that religious doctrines are incredible. Refined religion sees the fundamental religious attitude not as belief in a doctrine but as a commitment to promoting the most enduring values. That commitment is typically embedded in social movements — the faithful come together to engage in rites, to explore ideas and ideals with one another and to work cooperatively for ameliorating the conditions of human life. The doctrines they affirm and the rituals they practice are justified insofar as they support and deepen and extend the values to which they are committed. But the doctrines are interpreted nonliterally, seen as apt metaphors or parables for informing our understanding of ourselves and our world and for seeing how we might improve both. To say that God made a covenant with Abraham doesn’t mean that, long ago, some very impressive figure with a white beard negotiated a bargain with a Mesopotamian pastoralist. It is rather to commit yourself to advancing what is most deeply and ultimately valuable, as the story says Abraham did.

G.G.: And so, since they don’t regard them as factual, refined believers don’t have to deny the stories and metaphors of other religions.

P.K.: Right, they don’t have to pick and choose among the religions of the world. They see all religions as asserting that there is more to the cosmos than is dreamed of either in our mundane thoughts or in our most advanced scientific descriptions. Different cultures gesture toward the “transcendent” facets of reality in their many alternative myths and stories. None of the myths is factually true, although they’re all true in the sense that their “fruits for life” are good. Prominent examples of refined believers include William James, Martin Buber and Paul Tillich, and, in our own day, Karen Armstrong, Robert Bellah and Charles Taylor. When refined religion is thoroughly embedded, religious tolerance thrives, and often much good work is done.

4 Responses to The Case for ‘Soft Atheism’