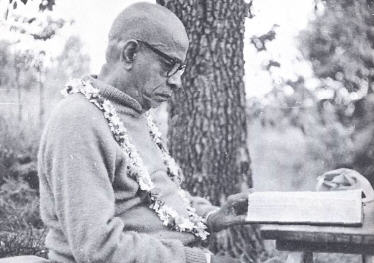 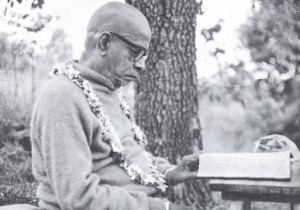 By Srila A.C. Bhakivedanta Swami, from “In Search of the Ultimate Goal of Life”.

Thus Lord Caitanya rejected Ramananda’s proposal, because in the age of Kali the varnasrama-dharma is so degraded that any attempt to restore it to its original position will be hopeless. He also rejected varnasrama-dharma because it has no value in relation to pure devotional service.

The second, more important consideration is that even if the varnasrama system is observed strictly, it still cannot help one to rise to the highest plane of transcendental service to Godhead. The virat-purusa is a material conception of the Personality of Godhead and is just the beginning of spiritual realization. The topmost spiritual realization is attraction for devotional service to the Personality of Godhead. Such attraction for devotional service is the only necessity for the living being and it automatically brings a sense of detachment from all other activities.

The Personality of Godhead is worshiped by pure devotional service and he becomes available to his devotees through such devotion. Pure devotional service is produced by cultivation of pure knowledge and activities under the regulative principles of the scriptures. Thus the varnasrama system is explained in relation to pure devotion by Bhagavan Purusa, the Personality of Godhead Sri Krishna, who descended to this material world for the deliverance of all fallen souls. The Bhagavad-gita (18.45-46) states:

“Every human being will attain the highest goal of life simply by worshiping the Personality of Godhead, from whom all the living entities have come into being and by whom the whole cosmos is generated and again withdrawn.”

Worshiping Godhead by prescribed duties is the beginning of devotional service, and all the great sages like Tanka, Dramida, Bharuci, Bodhayana, Guhadeva, and Kapardi have approved of this system of gradual progress. All the ancient authorities have commented upon the Vedas in accordance with this principle. The authorities of the Ramanuja sect of Vaisnavas also affirm the above:

The easiest way of attaining the Absolute Truth is to culture knowledge about the Absolute Truth as it is described in the scriptures while simultaneously performing one’s prescribed duty. This process is almost direct realization of the path of devotional service. Realization of the Absolute Truth by proper observance of the varnasrama system does not mean to accept only the renounced order of life sannyasa, but it means that everyone can attain the highest goal by the performance of his own duties. Proper performance does not necessarily mean to take sannyasa.

Ramananda Raya, after being asked by Lord Caitanya to define the highest standard of perfection in human life, had taken up the cause of ordinary people and supported the utility of varnasrama-dharma by quoting the Visnu Purana. He said that the performance of duties according to varnasrama-dharma should be taken as the highest perfection of life.