The Norton Anthology of World Religions: Volume I 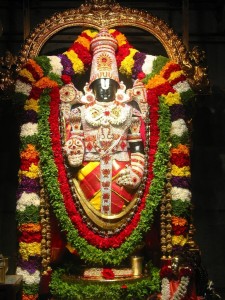 By William Dalrymple, originally published at The New York Times.

By the end of the 19th century, almost all the major surviving classics of Greek and Roman literature had been translated into English. Since then a few new gems have turned up, mainly from papyri found in the rubbish dumps of the Egyptian town Oxyrhynchus. Here was found, for example, a tattered verse by Sappho and Pindar’s paeans to Apollo. It is unlikely, however, that many more great works of classical European literature will surface; the canon of ancient European literature we have now is likely to remain largely unchanged a century hence.

It is often assumed that the same is true for the other great classical literatures of the world, but this is very far from the case. In particular, the rich treasures of ancient Indian literature remain almost completely unexplored, even to those few who can read languages such as Sanskrit or classical Tamil. For there survives in manuscript form in libraries across South Asia a corpus of literature which is, at a conservative estimate, a thousand times larger than what has survived in Greek. Only a very small proportion of these manuscripts have even been cataloged, never mind translated — estimates range from 5 to 7 percent of the total, maybe 500,000 manuscripts of a surviving seven million; but there are really no accurate figures. The scholar David Pingree put the actual number closer to 30 million manuscripts. And such is the scale of the haul, and the poor state of their preservation, that several hundred Sanskrit manuscripts are destroyed or become illegible every week, their contents lost forever. Who knows what masterpieces of prose and poetry, what epics and chronicles, what vital works of sacred and secular literature could be disappearing every year?

If the project of conserving and cataloging the ocean of ancient Indian literature has a long way to go, then the business of translation has barely begun. Faced with the vast seas to be explored, the small band of professional translators of Sanskrit tend to feel like infants paddling on the foreshore of the Atlantic, looking wistfully, but impotently, out to the depths of the turbulent sea.

There are historical reasons for this neglect. Sanskrit eventually became an exclusively sacred language, the preserve of the Brahmins, and in the ancient Laws of Manu, any Dalit (untouchable) who attempted to learn it was sentenced to have molten lead poured into his ears. Partly as a result of this, before the arrival of the pioneering Orientalist Sir William Jones in Calcutta in 1783, there was almost complete ignorance in Europe about India’s classical literature. There began a stumbling progress that led to the translation of passages from the most prominent ancient Indian writers: Vyasa, to whom is attributed the Mahabharata; Valmiki, author of the Ramayana; and the greatest of ancient Indian playwrights, Kalidasa, who is to Sanskrit what Shakespeare is to English.

Jones himself believed that Sanskrit was “more perfect than Greek, more copious than the Latin and more exquisitely refined than either.” Yet within 50 years, the same East India Company that had sent Jones out to India had lost interest in learning from Indian literature. By 1835, the high tide of Victorian self-confidence and narrow-mindedness, Lord Macaulay would write in his notorious Minute on Indian Education that “a single shelf of a good European library was worth the whole native literature of India and Arabia.” Both Sanskrit and Persian were removed from the curriculum, and English was made the language of both education and government. Macaulay’s successors, colonial and post-colonial, have done remarkably little to reverse this situation.

Hence the great importance of a 2,000-page brick of a book entitled “The Norton Anthology of World Religions.” Volume I contains a generously wide-ranging collection of the key texts of Hinduism and Buddhism, as well as largely forgotten Daoist Chinese writings from the further side of the Himalayas.

It is a major project. Under the direction of Jack Miles, the Pulitzer-winning author of “God: A Biography,” the anthology is intended as a “landmark work in which the six major, living, international world religions speak to readers in their own words” and which will make available in English more than 1,000 primary texts from the world’s major religions. The two volumes of the anthology bring together both the basic foundational works — the Bhagavad Gita, the Dao De Jing, the Bible, the Quran — as well as a notably eccentric collection of other texts from sages, mystics, commentators, scholars and skeptics that put them in some sort of context.

As with any anthology, there are all sorts of aspects of the selection with which one could quibble, quite apart from the unwieldy weight of this concrete slab, which means it can only really be read resting on a lectern or a desk. Given that some 1,400 pages of this monster are devoted to Indic religious literature, it might have made far more sense to finish off the volume with the texts of other related Indian religious traditions such as Sikhism and Jainism, both of which are mysteriously absent, rather than trying to squeeze in an isolated slice of Chinese religious and philosophical literature.

Moreover, the choice of texts is spiritedly unconventional: Among the canonical texts of Hinduism, and well-translated extracts from the Vedas, Puranas and Tantras, the editors have found a place for a short extract from Salman Rushdie’s pathbreaking novel “Midnight’s Children”; among those of Daoism, passages from Tennyson, Oscar Wilde and Carl Jung. Perhaps most surprising of all, ancient canonical Buddhist texts such as the Jataka stories and the Lotus Sutra are supplemented with an extract from Gary Snyder’s 1960s “Smokey the Bear Sutra”: “Those who recite this Sutra and then try to put it in practice will accumulate merit as countless as the sands of Arizona and Nevada.”

Yet for all its oddities and omissions, this book brings into readily accessible form a larger and more dazzling selection of translations of sacred literature from ancient India than is currently available from any other single source — while being also probably the best repository of translations in English of the Daoist religious literature of ancient China. Difficult to hold, and almost impossible to read cover to cover, this remains nonetheless a major landmark of religious publishing and one to be warmly welcomed.

Everyone will find her own favorite extract, but I for one was most charmed by some superb translations of little known medieval literature in Telugu. As with much Indian religious poetry, the author, Annamayya, a devotional poet writing in 15th-century southern India, slides deliciously from the sacred to the sensuous and back again: What appears at first to be a secular love poem is revealed to be also a cry of longing addressed to an incarnation of Vishnu, Lord Venkateswara of Tirupathi:

What use is ecstasy
without the agony of separation?
Shade is nothing without the burning sun.
What is patience without the fury of
passion?
Why make anything — love or poetry —
if two can’t be one?

This article was originally written for and published at The New York Times, and is reproduced here without the permission of the author, who is not affiliated with this website or its views.