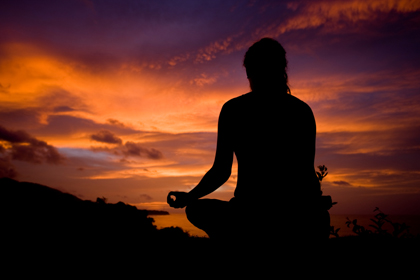 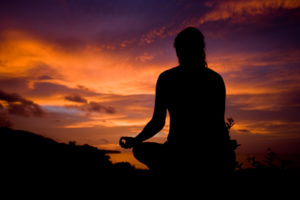 Millions around the world recognize the third Sunday of June as Father’s Day, but as of 2015, June 21 also represents another global celebration: the International Day of Yoga.

Two billion people in nearly 200 countries, including the United States, are expected to roll out their yoga mats for the new holiday, said Asoke Kumar Mukerji, the Indian ambassador to the United Nations, earlier this week. The celebration, recognized by the United Nations in December, is part of an effort to promote yoga and its spiritual and physical benefits, as well as to commemorate its religious and cultural origins.

“Yoga is an ancient discipline from a traditional setting that has grown in popularity to be enjoyed by practitioners in every region,” UN Secretary-General Ban-Ki Moon said in a statement.

In New York City alone, tens of thousands are expected to take part in International Yoga Day celebrations in Times Square. About 45,000 peopleparticipated in an enormous yoga session in New Delhi. Enthusiasts from China to India to Kuwait have planned various gatherings leading up to the big day.

But how did yoga become so popular? Where does it come from, and how has it transformed into the practice we know today?

The exact origins of yoga remain obscure, but researchers say that yoga — a word whose root in Sanskrit means “unity” or “union” — began in India 5,000 or more years ago. Throughout its long history, yogic traditions have varied in style, practiced as they were by Hindus, Buddhists, Sufis, and other religious denominations, Andrea Jain, assistant professor of Religious Studies at Indiana University, told The Huffington Post.

Some traditions, such as bhakti, focus on devotion. Others, such as ashtanga, focus on rigorous physical control, Ms. Jain said. But amid these differences, yoga’s purpose has, throughout history, remained the same: helping humans become aware of their deepest nature.

“Yoga is a path toward enlightenment,” Ganesh Das, managing director of Jivamukti Yoga School in New York City, wrote in an opinion piece for The New York Times. “[I]t diminishes our self-centeredness, allowing us to become more aware of our responsibility toward the larger community — the other people, animals and the environment we all share.”

Yoga’s relationship with the West began sometime in the 19th century. Some consider Henry David Thoreau to be the first yogi in America, while others look to Bengali monk and yoga master Swami Vivekananda, who arrived in the US in the late 1800s and made his first public appearance at the 1893 World’s Parliament of Religions in Chicago. Vivekananda’s teachings later influenced cultural icons such as J.D. Salinger, Leo Tolstoy, and George Harrison, according to The Wall Street Journal.

Another half-century passed, however, before yoga debuted in mainstream America through Indra Devi, a daughter of European nobility whose passion for yoga led her to teach classes in China, Argentina, and Russia. In 1947, Ms. Devi opened a yoga studio in West Hollywood, where she counted among her students movie stars such as Gloria Swanson and Greta Garbo.

The fitness and exercise boom of the 1970s — a time of great interest in spirituality and physical fitness — catapulted yoga into a modern cultural phenomenon, The Huffington Post reports. Scientific research began to legitimize the practice’s physical and mental benefits, and yoga became more widely accepted.

As of 2014, yoga is a $27 billion industry with more than 20 million practitioners in the US alone, according to the Post. Americans spend up to $11 billion a year on yoga classes and gear, including pants, mats, blocks, and bags, according to the Economic Times.

“Yoga has come to be seen as something of a panacea for the ailments of modern society,” according to the Post. “And in many cases, the timeworn technique is the perfect antidote to the modern speed of life that’s created a culture of stress and burnout.”

The International Day of Yoga is an effort to celebrate yoga’s success, as well as to honor its roots, which some advocates fear have been lost in the hype.

“Yoga … embodies unity of mind and body; thought and action; restraint and fulfillment; harmony between man and nature; a holistic approach to health and well-being,” Indian Prime Minister Narendra Modi said in a statement. “It is not about exercise but to discover the sense of oneness with yourself, the world and the nature.”

This article was originally published at Christian Science Monitor, and is reproduced here without the permission of the author, who is not affiliated with this website or its views.