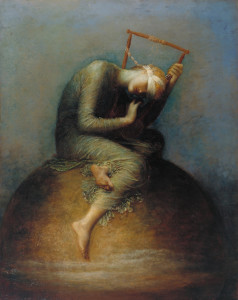 A poem by Prahlada Bhakta Das

Mindlessly wandering
in the world of false hope
a fortunate soul comes across
the cape of good hope
in the form of a saint
who embodies the grace of God
and shows the way for the wayward soul
to the loving home of God.

If one is fortunate enough
one will embrace that path of devotion
which is exemplified by the saint,
and follow his direction.

In the beginning one feels
that he is devotee, the great
but if he continues, he soon realizes
he’s really not that great.

As he continues further, he realizes
that real devotion is far away
for he knows his shortcomings
which are getting in his way.

Worried, he approaches the saint, his master,
and reveals his situation.
Master tells him, “Don’t worry,
it’s the nature of progress on this path of devotion.”

“Just as in beginning a mountain-climb
to reach the other side—the valley,
one goes through the foothills; going up, going down;
don’t think ‘it’s a folly!’”

“Keep good company of devotees
and stick to the practice of devotion.
Soon the shortcomings will disappear
and there will be no confusion.”

So he goes on with his practice of bhakti,
but in his situation he hardly has any good devotee-company.
He tries his best to come into such company
but is unsuccessful due to the legal rules of the country.

So in his deprived condition
he struggles to maintain his practice of devotion,
but he trips and slips again and again,
weak as he is in his situation.
But in his trips and falls,
he gets some valuable lessons
which affect his heart
and the grip of anarthas slowly loosens.

These lessons are the scriptural truth
that he learns in his spiritual pursuit;
truth of life in material existence
of false promises of pleasure in sense-indulgence.

He now understands it deeper
how real love lies in being a giver;
giving to the source of everything—the center,
and giving oneself to that perfect lover.

Thus, now he’s more equipped
to tread the path of devotion
and understands that in this way
Krishna is slowly leading me to the destination.

He remembers the words of Krishna,
“Sincerity is invincible”
and understands he’s slowly progressing
although it seemed impossible.

He remembers his guru;
his words and affection,
and feels that its only possible
by his mercy and compassion.

Acknowledging the causeless mercy
of Sri Guru and Gauranga shown,
he feels positive hope in his life
and knows that he’s not alone.

He has faith in Krishna developing:
“My heart may be full of blocks of stumbling
that keep me from advancing
but if I am sincere & keep endeavoring
in every way possible to keep my bhakti developing
then Krishna is surely noticing
and he’ll show his mercy to this poor soul suffering.”

“Whatever condition I may be in
Krishna knows how I can make progress in
that situation of helplessness, prone to sin.”

With that faith he goes along
the path of devotion—seeming so long,
reciting the names of Krishna as a song
with praise of his guru and Gauranga, his lords lifelong.

One Response to Hope In Hopelessness