I Feel Therefore I Am 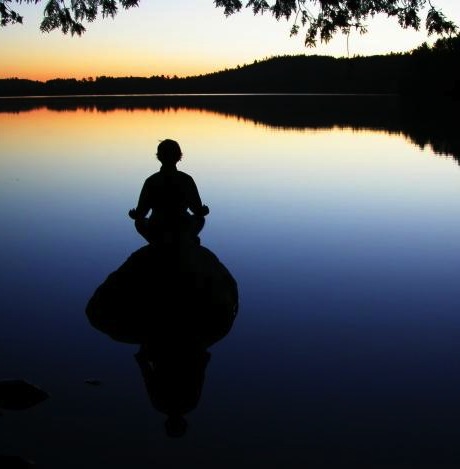 Everyone agrees that the sky is blue, but how could I know that what I experience as blue isn’t what you experience as red? Philosophers have long been similarly perplexed. In An Essay Concerning Human Understanding (1690), John Locke wondered if ‘the same object should produce in several men’s minds different ideas at the same time; for example, the idea, that a violet produces in one man’s mind by his eyes, were the same that a marigold produced in another man’s, and vice versa.’ Now known to philosophers of mind as the inverted spectrum argument, Locke’s query points us to the mystery of subjective experience and its attendant problem of ‘consciousness’.

Objectively speaking, physicists have an explanation for what blue is. According to Maxwell’s equations, blue is ripples of electromagnetism with a wavelength of between 450 and 495 nanometres. A triumph of modern science, the wave understanding of colour allows us to determine the makeup of stars that are billions of light years away and assay the chemical compounds for their constituent elements. Yet the very success of this explanation highlights a conundrum; for while any spectrometer can register blue precisely on a dial, few of us would say that it is conscious. A spectrometer does not perceive blue. So what then, does it mean to be ‘conscious’ of colour?

First coined in 1995 by the Australian philosopher David Chalmers, this ‘hard problem’ of consciousness highlights the distinction between registering and actually feeling a phenomenon. Such feelings are what philosophers refer to as qualia: roughly speaking, the properties by which we classify experiences according to ‘what they are like’. In 2008, the French thinker Michel Bitbol nicely parsed the distinction between feeling and registering by pointing to the difference between the subjective statement ‘I feel hot’, and the objective assertion that ‘The temperature of this room is higher than the boiling point of alcohol’ – a statement that is amenable to test by thermometer.

It might seem surprising to many readers but, for 300 years, scientists and philosophers have been debating whether our minds might not operate more like Bitbol’s thermometer. Though Chalmers’ ‘hard problem’ term is new, the questions underlying it have haunted modern science from its beginnings, for the attribution of consciousness is one of the foremost qualities distinguishing us as something other than a complex set of dials.

As one of the founders of empiricism, Locke believed that knowledge comes primarily from sensory experience, with real knowledge being felt by conscious beings. In the 17th century, René Descartes had also insisted on the irreducible centrality of subjective experience, arguing that, in principle, we could not build a machine to emulate human behaviour. For Descartes, a conscious machine was an impossibility, and something extra – a soul – was needed to account for the full spectrum of our mental landscape and actions. Like Chalmers and Bitbol today, Descartes and Locke considered conscious experience as something that couldn’t be wholly explained by the laws of physical nature.

But in the early 18th century an emerging group of mechanists began to suggest that feelings and emotions were merely secondary byproducts of the ‘true reality’ of matter in motion. On this view, expressed by Julien Offray de La Mettrie in L’homme machine (1748), humans are essentially meat machines, complicated to be sure, but ultimately the same order of being as an expensive watch. The purpose of science was to discover the laws by which matter behaves, and thus the whole question of the conscious self – the ‘I’ that feels hot and blue – was not so much a problem as an irrelevancy.

The idea that the laws of nature might be able to account for conscious experience – a position known as physicalism – steadily gained supporters in the 19th century and was given a particular boost with the advent of Maxwell’s equations and other powerful mathematical frameworks devised by physicists in their golden age. If the invisible field of a magnet can result from natural laws, then might the same not be true for feelings?

Yet, as some philosophers of the early 20th century began to point out, physicalism contains a logical flaw. If consciousness is a secondary byproduct of physical laws, and if those laws are causally closed – meaning that everything in the world is explained by them (as physicalists claim) – then consciousness becomes truly irrelevant. Physicalism further allows us to imagine a world without consciousness, a ‘zombie world’ that looks exactly like our own, peopled with beings who act exactly like us but aren’t conscious. Such zombies have no feelings, emotions or subjective experience; they live lives without qualia. As Chalmers has noted, there is literally nothing it is like to be zombie. And if zombies can exist in the physicalist account of the world, then, according to Chalmers, that account can’t be a complete description of our world, where feelings do exist: something more is needed, beyond the laws of nature, to account for conscious subjective experience.

This article was originally published at aeon, and is partially reproduced here without the permission of the author, who is not affiliated with this website or its views.