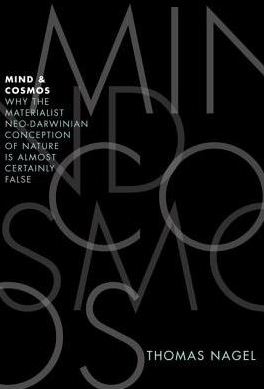 By Thomas Nagel, originally published in the New York Times.

The scientific revolution of the 17th century, which has given rise to such extraordinary progress in the understanding of nature, depended on a crucial limiting step at the start: It depended on subtracting from the physical world as an object of study everything mental – consciousness, meaning, intention or purpose. The physical sciences as they have developed since then describe, with the aid of mathematics, the elements of which the material universe is composed, and the laws governing their behavior in space and time.

We ourselves, as physical organisms, are part of that universe, composed of the same basic elements as everything else, and recent advances in molecular biology have greatly increased our understanding of the physical and chemical basis of life. Since our mental lives evidently depend on our existence as physical organisms, especially on the functioning of our central nervous systems, it seems natural to think that the physical sciences can in principle provide the basis for an explanation of the mental aspects of reality as well — that physics can aspire finally to be a theory of everything.

However, I believe this possibility is ruled out by the conditions that have defined the physical sciences from the beginning. The physical sciences can describe organisms like ourselves as parts of the objective spatio-temporal order – our structure and behavior in space and time – but they cannot describe the subjective experiences of such organisms or how the world appears to their different particular points of view. There can be a purely physical description of the neurophysiological processes that give rise to an experience, and also of the physical behavior that is typically associated with it, but such a description, however complete, will leave out the subjective essence of the experience – how it is from the point of view of its subject — without which it would not be a conscious experience at all.

So the physical sciences, in spite of their extraordinary success in their own domain, necessarily leave an important aspect of nature unexplained. Further, since the mental arises through the development of animal organisms, the nature of those organisms cannot be fully understood through the physical sciences alone. Finally, since the long process of biological evolution is responsible for the existence of conscious organisms, and since a purely physical process cannot explain their existence, it follows that biological evolution must be more than just a physical process, and the theory of evolution, if it is to explain the existence of conscious life, must become more than just a physical theory.

This means that the scientific outlook, if it aspires to a more complete understanding of nature, must expand to include theories capable of explaining the appearance in the universe of mental phenomena and the subjective points of view in which they occur – theories of a different type from any we have seen so far.

There are two ways of resisting this conclusion, each of which has two versions. The first way is to deny that the mental is an irreducible aspect of reality, either (a) by holding that the mental can be identified with some aspect of the physical, such as patterns of behavior or patterns of neural activity, or (b) by denying that the mental is part of reality at all, being some kind of illusion (but then, illusion to whom?). The second way is to deny that the mental requires a scientific explanation through some new conception of the natural order, because either (c) we can regard it as a mere fluke or accident, an unexplained extra property of certain physical organisms – or else (d) we can believe that it has an explanation, but one that belongs not to science but to theology, in other words that mind has been added to the physical world in the course of evolution by divine intervention.

All four of these positions have their adherents. I believe the wide popularity among philosophers and scientists of (a), the outlook of psychophysical reductionism, is due not only to the great prestige of the physical sciences but to the feeling that this is the best defense against the dreaded (d), the theistic interventionist outlook. But someone who finds (a) and (b) self-evidently false and (c) completely implausible need not accept (d), because a scientific understanding of nature need not be limited to a physical theory of the objective spatio-temporal order. It makes sense to seek an expanded form of understanding that includes the mental but that is still scientific — i.e. still a theory of the immanent order of nature.

That seems to me the most likely solution. Even though the theistic outlook, in some versions, is consistent with the available scientific evidence, I don’t believe it, and am drawn instead to a naturalistic, though non-materialist, alternative. Mind, I suspect, is not an inexplicable accident or a divine and anomalous gift but a basic aspect of nature that we will not understand until we transcend the built-in limits of contemporary scientific orthodoxy. I would add that even some theists might find this acceptable; since they could maintain that God is ultimately responsible for such an expanded natural order, as they believe he is for the laws of physics.

3 Responses to Mind and Cosmos