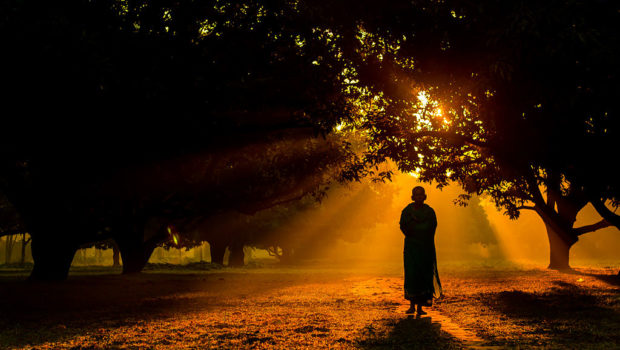 Life on Another Level 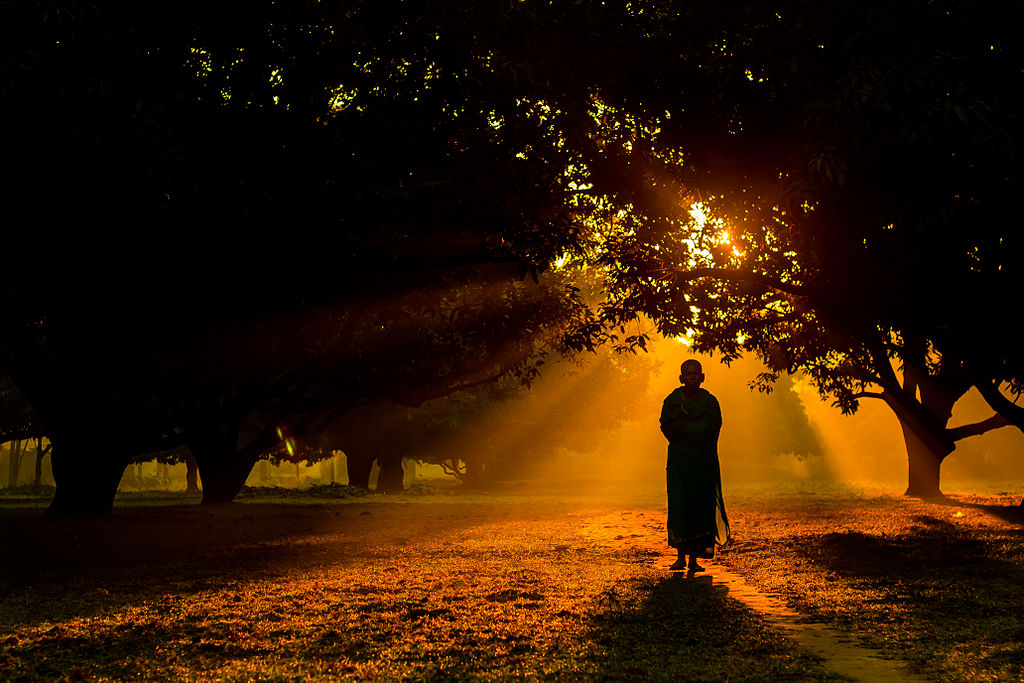 We were about a half mile from the monastery, hoeing weeds out of the pumpkin patch. The late-June sun of Iowa beat down upon Hal and me, and sweat streamed down our faces. Our shirts and shoes were caked with dirt. We were thirsty. I glanced at my watch: we were halfway through the assigned afternoon work period.

I heard Brother’s truck before I saw it. I straightened up my aching back, leaned on my hoe and watched his 1966 Ford pickup lumber over the grassy field. Brother eased the truck adjacent to the pumpkin patch and, sticking his tanned bald head out of the window, said, “Pump house, boys.”

Neither Hal nor I hesitated; we dropped our hoes in the bed of the truck and then slid into the cab, I in the middle. As the 49-year-old truck rumbled through the grass, I removed the leather work gloves from my hands. Even though I had used them while working, a blister had erupted between the thumb and index finger of my left hand. Cold water, though, awaited us at the pump house, and that prospect washed away any concern about the blister. Actually, the pump house was a little tool shed about a stone’s throw from the monastery, but right up against the back of the tool shed was a faucet where we could gulp down some cold water. There is nothing like cold water on a hot day while working the fields at the monastery!

After all three of us drank our fill, Brother said, “Well, let’s go over to the shade there and pray.” We walked over to the nearby shade and sat down beneath a large, old maple tree. Brother, clad in a torn shirt and bib overalls, removed his hat and wiped his brow with the back of his left hand. He placed his hands on his knees, bowed his head and started into a Hail Mary, three of them in fact. His voice was soft, but firm. Hal and I chimed in. Brother’s blue eyes were closed. Following the three prayers, Brother prayed for the intercession of three saints, and Hal and I asked for the saints to pray for us, too. Then Brother began to tell Hal and me stories of his time in the Korean War.

Brother does not fit the romantic mold of monasticism. He does not walk around with his hood up, arms folded beneath his black scapular, averting his eyes from yours. True, he walks with his head bowed, but that is because of a malady in his neck and spine. But he is one of the first monks to enter the choir before vigils blasts off at 3:30 a.m. He shuffles to the north choir in the dark, usually selecting a stall toward the eastern end, hacks the phlegm out of his lungs and blows his nose, the sound reverberating off the stone walls of the abbey church. And so Brother’s day begins, a day—during the warm months—spent mostly scratching and clawing away at the Iowa soil trying to bring forth vegetables for the 30 or so monks with whom he lives at the Trappist monastery.

Lessons From the Monastery

My high school students in Mundelein, Ill., know that there are monks and monasticism, but few, if any, have either met a monk or set foot on the grounds of a monastery. Their knowledge is limited to what they have learned in a church history class (in the unit on the Middle Ages) or a class on Christian lifestyles or through films in the vein of “Monty Python and the Holy Grail.” I show the students YouTube clips from monasteries like St. Meinrad Archabbey or New Melleray Abbey that show how monastic life is lived today (rather than in the Middle Ages). When they are told what the typical day of a Benedictine or Cistercian monk might entail, they are skeptical. When told of the monk’s commitment to lifelong celibacy, they are incredulous. When asked if such a life is in anyway intriguing or appealing to them, most remain silent; some snicker. But they respect the life.

The students see the monks as “hardcore,” not just believing the Gospel but living it. True, the students quickly add that the Gospel can be fully lived in the “regular” world, but they concede that monks take the Gospel to “another level.” Hence “hardcore.” When I tell my students about Brother at the monastery in Iowa they listen. They nod their heads in affirmation. “That’s real,” says one.

Respect, real. Those are key words, for they are words that invoke authenticity and credibility. Such terms in regard to the church today are rare. Too often I hear terms like as “hypocritical” and “out of touch” in association with the church. So I propose that an authentic and credible response of the church to our present world is monasticism.

This article was originally published at America Magazine, and is partially reproduced here without the permission of the author, who is not affiliated with this website or its views.

One Response to Life on Another Level