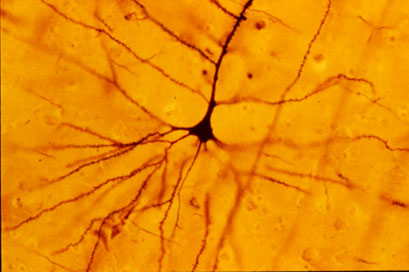 Neuroscience and Free Will Are Rethinking Their Divorce

Until recently, many neuroscientists would have said any decision you made was not truly free but actually determined by neural processes outside of your conscious control.

Luckily, for those who find this state of affairs philosophically (or existentially) perplexing, things are starting to look up. Thanks to some new breakthrough studies, including one published last month in Proceedings of the National Academy of Sciences by researchers in Germany, there’s now some evidence pointing in the other direction: The neuroscientists are backtracking on past bold claims and painting a rather more appealing account of human autonomy. We may have more control over certain processes than those initial experiments indicated.

The German neuroscientists took a different approach from past work, using a form of brain-computer integration to see whether participants could cancel a movement after the onset of the nonconscious preparatory brain activity identified by Libet. If they could, it would be a sign that humans can consciously intervene and “veto” processes that neuroscience has previously considered automatic and beyond willful control.

The participants’ task started off simply enough: They had to press a foot pedal as quickly as possible whenever they saw a green light and cancel this movement whenever they saw a red light. Things got trickier when the researchers put the red light under the control of a computer that was monitoring the participants’ own brain waves. Whenever the computer detected signs of nonconscious preparatory brain activity, it switched on the red light. If this preparatory activity is truly a signal of actions that are beyond conscious control, the participants should have been incapable of responding to these sudden red lights. In fact, in many cases the participants were able to cancel the nonconscious preparatory brain activity and stop their foot movement before it even began.

Now, there was a point of no return — red lights that appeared too close (less than about one-quarter of a second) to the beginning of a foot movement could not be completely inhibited — there simply wasn’t time for the new cancellation signal to overtake the earlier command to move. But still, the principle stands — these results suggest at least some of the activity identified by Libet can, in fact, be vetoed by conscious will.

“A person’s decisions are not at the mercy of unconscious and early brain waves,” the lead researcher, Dr. John-Dylan Haynes of Charité – Universitätsmedizin in Berlin, said in the study’s press release. “They are able to actively intervene in the decision-making process and interrupt a movement. Previously people have used the preparatory brain signals to argue against free will. Our study now shows that the freedom is much less limited than previously thought.”

This new finding comes on the back of research by French neuroscientists published in 2012 in PNAS that also challenged the way Libet’s seminal work is usually interpreted. These researchers believe that the supposedly nonconscious preparatory brain activity identified by Libet is really just part of a fairly random ebb and flow of background neural activity, and that movements occur when this activity crosses a certain threshold. By this account, people’s willful movements should be quicker when they’re made at a time that just happens to coincide with when the background ebb and flow of activity is on a high point.

And that’s exactly what the French team found. They recorded participants’ brain waves as they repeatedly pressed a button with their finger, sometimes spontaneously at times of their own choosing, and other times in response to a randomly occurring click sound. The researchers found that their participants were much quicker to respond to the click sounds when the sounds happened to occur just as this random background brain activity was reaching a peak.

This article was originally published at New York Magazine, and is partially reproduced here without the permission of the author, who is not affiliated with this website or its views.