A Year Without Resolutions 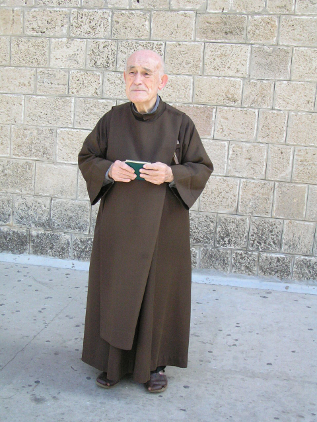 Being a busy working mom, I was feeling out of touch with time for my own spiritual development. Driven by to-do lists, I felt the need to set some spiritual goals instead of just practical ones. The Monastery of the Holy Spirit, sitting on 7,000 acres of untouched Georgia woodlands, became the perfect retreat for New Year’s Day reflections a few years ago.

I was taken by the beauty of the place and intrigued by the life of the forty monks in community there. I attended a retreat at the monastery later in the year, praying and learning alongside the monks. The common prayer and meditative readings were unknown to me as an evangelical, but still sparked a deeper contemplation around God and his gospel truths.

The following year, I returned to the abbey church, listening to monks singing midday prayers while asking God to guide my year ahead. I have always loved how New Year’s puts us in a mindset of reflection and reordering. It’s especially needed as another year comes to an end, and we’re left feeling more defeated than inspired.

As I saw at the monk’s quiet, simple lives in comparison to my hectic, rushed one, I began reading about the teachings that guided their community. I discovered not only a new way of praying, but a new way of living. And I wasn’t alone—plenty in evangelical circles have searched the wisdom of the ancient monasticism.

In her book Out of Sorts, Sarah Bessey guides readers to the practice of praying the hours with her own journey of evolving faith. Blogger Micha Boyett deemed herself “The Mama Monk” as she explored Benedictine spirituality. Shane Claiborne, Jonathan Wilson-Hartgrove and Enuma Okoro offer inspiration in Common Prayer: A Liturgy for Ordinary Radicals.

Ancient texts set forth basic guidelines for the monastic movement, beginning in third-century Egypt. The Rule of Life prescribes times for common prayer, meditative reading, manual work, and details such as clothing, food and drink for monks living in community. The best known Rule of Life comes from St. Benedict of Nursia, with the simple motto, Ora et Labora (Pray and Work).

With the rise of the movement of New Monasticism, evangelical Christians have drawn from and expanded upon traditional monastic values to apply to daily life outside of the monastery. St. Benedict himself summarized the rule as “simply a handbook to make the very radical demands of the gospel a practical reality in daily life.”

Inspired by these teachings, spiritual director Jenn Giles Kemper created Sacred Ordinary Days, with resources like a liturgical planner and a podcast to guide people through the liturgical year, which begins a bit before the calendar year with the start of Advent. This practice of prayer, reading, and contemplation isn’t the same as a Christianized, or monasticized, version of New Year’s resolutions.

“Goals and intentions are task-based and work best within a quantifiable measure of success and an easily marked ending point,” Giles Kemper explained to me. “Something more process-oriented is helpful when you’d like to reorient toward ‘being’ over ‘achieving.’”

Giles Kemper uses the language of “play” as she talks about trying certain spiritual practices (“playing with silence”), which makes it seem more inviting—and less like there is a right and a wrong way to approach spiritual disciplines. She finds flexibility in her experience with the Rule of Life, a grace and freedom to shift, grow, and practice, in a constant posture of a learner.

This article was originally published at Her.meneutics, and is partially reproduced here without the permission of the author, who is not affiliated with this website or its views.