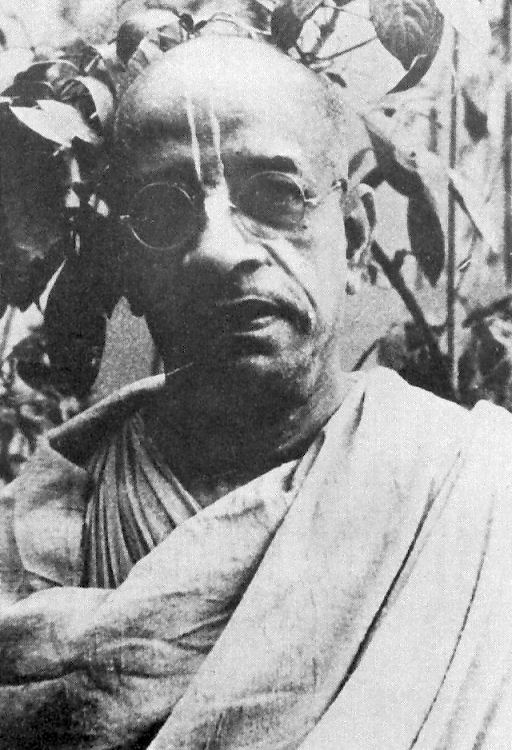 I had the chance to talk to Joshua M. Greene, author of Swami in a Strange Land: How Krishna Came to the West, about devotion, science and spirituality, as well as the remarkable life and influence of A.C. Bhaktivedanta Swami Prabhupada. Prabhupada, known as the founder of the Hare Krishna movement, brought Krishna chanting to the west. His teachings had a profound influence on millions, including John Coltrane and George Harrison.

You’ve been practicing and teaching Bhakti Yoga, devotional yoga, for nearly 50 years. The subject of your biography, Swami Prabhupada, was the leading voice of Bhakti until he passed away in 1977. What is the message of Bhakti? What is its relevance in the larger world?

All wisdom traditions teach one basic idea: reality is deeper than what we perceive. The unique contribution of Bhakti, or devotional yoga, is a tried-and-true, practical method for seeing that deeper reality — through the chanting of sacred mantras, having a healthy lifestyle, and cultivating a yogic way of life. What is the relevance of that message? Imagine living in full awareness of yourself as an immortal, invincible being. You are no longer the sum total of your life’s traumas. They no longer define you. That awareness of ourselves as spirit-souls is energizing, exciting, liberating. It means going from doubts and uncertainty to self-confidence and action.

Chanting the names of Krishna is central to Bhakti Yoga practice. Has Hare Krishna chanting had an influence on the music world?

Prabhupada started chanting Hare Krishna in public in 1965, when he arrived from India at age 70. At that time, mantra chanting and meditation were viewed as practices for people on the margins of society. But the consciousness-expanding influence of that chanting soon inspired a long list of renowned artists. John Coltrane dedicated his final three albums to chanting and yoga. John Lennon included the mantra in “Give Peace a Chance.” Stevie Wonder has the chant on Songs in the Key of Life. And post-Beatles, George Harrison popularized it around the world. Recently an entire category of music — “Kirtan” — has emerged, and the more informed chanters acknowledge their debt to Prabhupada for having set the stage a half-century ago.

The Hare Krishna movement celebrates its 50th anniversary this year. What kind of influence does it exercise on American life today?

When Prabhupada first arrived in New York, it was the mid-1960s: there were few yoga studios, and vegetarianism, meditation and chanting mantras was considered weird. Krishna devotees were seen as lost souls. Now, these practices are standard in progressive health and wellness regimens; and Krishna followers are university professors, credentialed representatives in areas of conflict resolution and environmental reform, and spokespeople for enlightened businesses. From a single storefront in New York’s Lower East Side, the Krishna movement has expanded to more than 100 temples, a dozen farm communities, vegetarian restaurants, and community service organizations nationwide. Its influence on American life is quite profound.

In your book, you write that Prabhupada saw the confluence of science and spirituality as critical to humanity’s future. How so? Aren’t these two very different areas of interest?

Science and spirituality share a common goal: to reveal the mysteries of creation. Most sciences qualify their research by eliminating transcendent causes — in other words, no reference to souls or gods or anything that can’t be proven through research and experiment. Prabhupada saw that as a mistake. Sometimes he even called it dishonest and dangerous. He also understood why science is so intolerant of spirituality: it triggers emotional antipathy toward exploitative religion and blind faith. Real spiritual inquiry is not religion. That was his point. Real spiritual inquiry is science with the limitations removed.

You are better-known for your books on Holocaust history. What led you to write this book? What was its genesis?

People ask me how I reconcile my spiritual beliefs with what happened in Europe less than 80 years ago. I didn’t always have a good answer: It’s a real challenge justifying the purposeful vision of creation, as outlined in the Sanskrit texts, with the reality of how people treat one another. Prabhupada was born in 1896, and lived through two world wars. I wanted to write a book that conveyed how he resolved that very contradiction. So this is not just a book about the chronology of his life, it’s also about his teachings. Reconciling one side with the other, I believe, comes from the same compulsion we feel to reconcile the smooth, predictable universe of Einstein with the chaotic, unpredictable world of quantum physics. There is a strong correlation between those two quests.

As a seasoned writer, do you believe books can change people? If so, how would you want this book to change readers?

Books alone cannot change people. Black ink on a page is just that: black ink. But ideas, captured in a book and then explored in good company — what the Bhakti tradition calls sangha — that’s a powerful combination. From the outset, I had four goals for Swami in a Strange Land. I wanted readers to understand that 1) We are not our body but the consciousness that animates the body, 2) The source of creation is also consciousness, 3) Prabhupada demonstrated what a real guru or teacher is, and 4) I’d like to find a sangha group to explore these ideas further.

In other interviews, you’ve mentioned the David-and-Goliath narrative of Prabhupada’s life: He was an unknown, impoverished teacher with no contacts or resources, who came to America as a 70-year-old. By the time he passed away twelve years later, he had a worldwide following and an organization worth more than a billion dollars. Will readers discover how to do that for themselves?

I hope not. The sacrifices Prabhupada went through to do what he did—the years of struggle, of derision, of rejection by family and acquaintances, the dire conditions he endured, basically every reason to give up his journey—I wouldn’t want anyone to think they have to go through that to achieve enlightenment. But clearly sacrifice is needed. You can’t go to yoga class, then go out smoking and drinking, and think you’re going to get anywhere. In the words of Joe Campbell, we have to give up the life we want so as to embrace the one we are meant to lead. It starts with daily chanting of Hare Krishna, a simple prayer. Everything flows from that.

A number of the people in this story are dynamic personalities in their own right. How important was that, do you think, in Prabhupada’s success?

Very important. There is no question, for example, that George Harrison’s allegiance to Prabhupada as a teacher and his recordings of the Krishna mantra popularized mantra chanting in a powerful way. But did Prabhupada’s mission depend on that kind of celebrity affiliation? Not at all. Celebrities have come and gone over time, yet the chanting is still there — and growing constantly. We can say that thoughtful people, famous or not, see the power of Prabhupada’s teachings. He always said he had not invented anything. He was simply passing along wisdom embedded in ancient texts from before recorded history. That humility was a big part of his appeal.