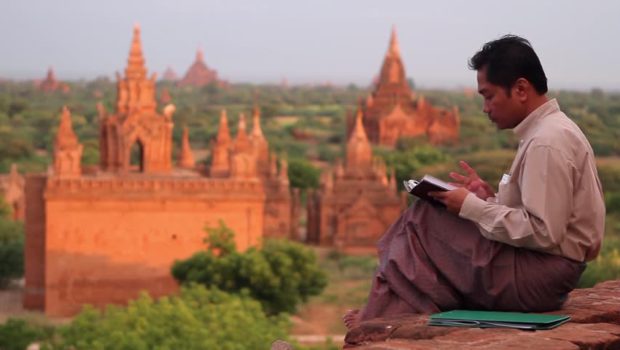 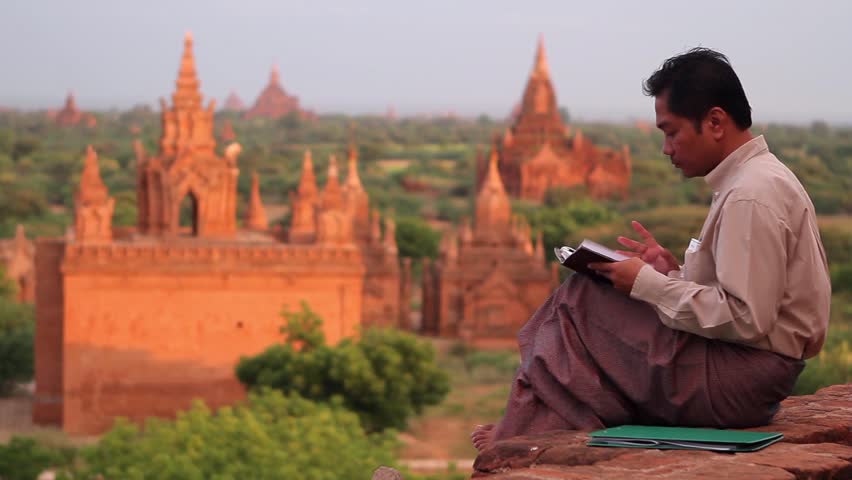 Q. I just started to read Pujyapada Sridhara Maharaja’s commentary on Bhagavad-gita, and I noticed that there is a different mangalacarana at the beginning. This made me think that maybe my approach to devotional reading isn’t right. Could you talk about the discipline of devotional reading?

This is very much the spirit of raganuga-bhakti. Anuga means to follow. We follow the ways of the ecstasies of Vrindavana and how that service to Krsna is represented in the chain of disciplic succession. The spirit is one of serving under the guidance of someone of spiritual consequence. Establishing and maintaining that connection with such a person should be our healthy anxiety.

Sridhara Maharaja applied this overarching spirit to the idea of devotional reading. Obviously, the Vaisnavas want us to read the Bhagavatam, but we should be reading it with the view to apply ourselves in service. Practically speaking, the advanced devotee is the object of service in as much as he or she represents Krsna in a prominent way in our lives. We’ve come to know about Krsna through such persons. After all, why do we bow our head before the deity of Krsna? Because some Vaisnavas told us, “This is Krsna.” Therefore Krsna is obviously in the Vaisnava.

You mentioned reading Sridhara Maharaja’s mangalacarana, the traditional auspicious invocation of prayers that he cites before the commentary itself, and noticed that the prayers there were different from what you had seen in other texts. Before I speak, I personally recite a generic verse offering respect to my guru. When there are people in the audience with different gurus, I want to honor all of them rather than just my own. I also sing two prayers glorifying Caitanya Mahaprabhu and Nityananda Prabhu, one by Vrndavana dasa Thakura and one by Krsnadasa Kaviraja Goswami. While I’m offering my respects to Lord Caitanya and Lord Nityananda internally, I’m also offering my respects to the vision and experience of Vrindavan dasa and Krsnadasa. I am seeking their blessings for understanding and speaking about the teachings of Caitanya Mahaprabhu and Nityananda Prabhu. In a similar spirit, Jiva Goswami gives deference to Gopala Bhatta, Rupa, and Sanatana Goswamis in Mathura at the onset of each of his Sandarbhas. We need to invoke the presence and blessings of saints so that our reading might be fruitful.

Srila Prabhupada coined the phrase “submissive aural reception.” It’s mentioned in Bhagavad-gita, “tad viddhi pranipatena pariprasnena sevaya,” which means before the guru we should show respect, make relevant inquiries, and render service. Prabhupada often rendered the word pariprasnena as “submissive inquiry.” The spirit of that submissive inquiry is that it’s not aimed at simply titillating the intellect or satisfying the appetite of intellectual curiosity. People do fall into this and that’s why we have to learn to read, hear, and chant with our heart, rather than with our head. Our head should be used as a tool to soften our heart; to identify something in the teaching that rings true to our heart and make it a foundational stone for the temple of Radha and Krsna that we are building there.

To read devotionally is to read and hear in such a way that you get something from it which you know is true and that you know should be a part of your life. We should think, “Oh, that’s a really good point. I should do that.” As a result, you integrate it into your life or make an effort to do so. Otherwise, it may go away and you rationalize, “Well, maybe it wasn’t as good as I thought.” You want to read in such a way that it promotes epiphanies and they stay with you rather than allowing your mind to rationalize them away.

When there are points that stand out—points of tattva, points of philosophical truths—that you didn’t know previously and you think, “Oh wow, I didn’t understand it like that,” then you want to make that understanding a building block for the temple that you are building in your heart. You want to gather those kinds of gems—pearls and diamonds that you mine from a proper reading of the scriptures—as the foundational stones. You are looking for those kinds of points and even more so for points that address how you need to change. This is what I would call submissive hearing. Hearing that’s not just for the gratification of the voracious intellect. If you’re hearing just to satisfy the intellect, in due course you will become bored with the subject because it’s not able to penetrate into and experience unto itself what is being offered through the sabda or the text. That can only be experienced by the atma, not the dull intellect.

Sometimes devotees think they understand a subject and they move on, but actually, they only understood it with their intellect. They never sufficiently allowed it to go into their hearts and bring about change. When you allow it to enter your heart, you can begin to find gems in places you thought had already been mined. You can go back to an old mine and find even more valuable jewels than were there before. You can live in the book and enter into an ongoing conversation with the Godhead, so to speak. That’s how I look at revelation. It’s a conversation; an answer to the question that human life is asking, “Why am I? What am I? What is my purpose? What is the meaning?” That’s what human life is. It’s an existential question, and the scriptures are an answer coming from beyond nature, which includes intellect.

I don’t have the opportunity as much now, but as a younger devotee, I would have the opportunity to hear others give classes. Not everyone was great at giving a class in those days, but my spirit of hearing was that if I could hear just one point in the whole lecture that was valuable, which I could apply, then my time was well spent. Sometimes you did have to listen pretty hard, however, the hearer can make something out of nothing. The devotee can make spirit out of matter. Caitanya Mahaprabhu saw a mound of sand on the beach in Jagannatha Puri and he thought it was Govardhana Hill. And it was. He actually experienced Govardhana Hill.

With the right hearing in the right spirit, we can draw something out from anywhere. Beauty is in the eye of the beholder. Mahaprabhu was singing a cinema song at the Ratha-yatra, and from it, he was drawing the deepest meaning of Srimad Bhagavatam. That’s how we want to orient ourselves. If we are in that spirit, we can even draw value from less than perfect examples; a lesson on how not to be. That is the power in what I’m describing- the right spirit. It’s the genuine spirit to hear with, to chant with, and even the right spirit to speak with, to speak with the spirit of learning something.

One Response to Swami B.V. Tripurari on Devotional Reading and Submissive Hearing