The End of Philosophy 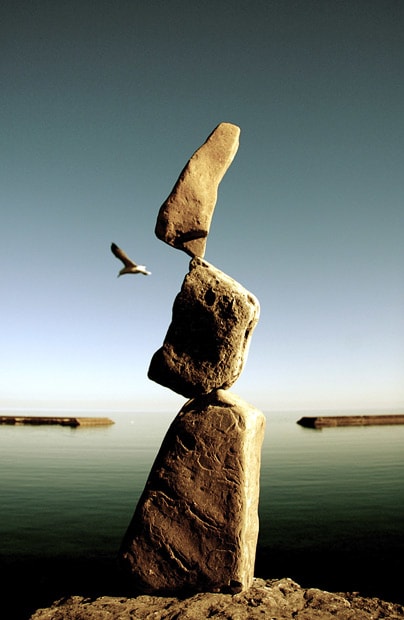 Perennialism is a term that lends itself to various interpretations. Here I am speaking about it as a philosophy. Its loudest proponents today consider the term “sanatana dharma” to be synonymous with perennialism.

The term “sanatana” (eternal) “dharma” (nature) is one that transcends any particular religion and speaks instead about the eternal nature of being. Since all of the great wisdom traditions essentially acknowledge that “being” in some form or another is ultimately eternal, they are all included within perennialism. That being is eternal is of course not all that there is to say about its nature. Many contemporary perennialists are nonetheless content to stop there.

This pause, as I see it, is at a place where Gaudiya Vedanta provides a second wind. By this I mean that our tradition understands the word “dharma” to imply “the serving nature of being,” thus understanding sanatana dharma to refer to “(being’s) eternal (serving) nature,” clearly a theistic twist. This twist, however, is more faithful to the significance of “dharma,” which speaks more of an active sense of dutiful or appropriate being—serving/bhakti/loving—in relation to the Infinite. Our sanatana dharma ascends to the mount of our eternal participation in a dynamic nonduality that lies beyond a static non-difference of suspended animation—peace/shanti—in eternal beatific quietude.

And there are theistic perennialists. Indeed, some scholars have dubbed our Bhaktivinoda Thakura as such, and moreover, the majority of the world’s wisdom traditions are decidedly and, I might add, conclusively theistic. By conclusively I mean to say that the finality of these traditions lies in an eternal relationship with the infinite. In our tradition this amounts to a relationship between the finite self and the infinite self that constitutes a dynamic rather than static notion of nonduality. Absorbed in an everlasting rhythm, we will experience complete identification with God (unity) amidst simultaneous awareness that it is we finite souls who are attending to God (diversity).

Different types of perennialists aside, all perennialists have questioned if not condemned modernism’s notion of progress and scientism at large. And they have done a good job of it. They have also put reason in its place with more insight than postmodernists, and it is to this I now turn, citing the religious scholar and perennialist/practitioner Huston Smith in his review of Seyyed Hossein Nasr’s The Essential Writings of Frithjof Schuon:

Perennialism offers, it seems to me, the most promising alternative there is to the premise that gave philosophy its lease, which lease seems now to have expired.

To be specific: Philosophy entered the modern world as the handmaiden of theology, but modern science displaced Revelation (and with it theology) as truth’s oracle. Empiricists like Bacon were prepared simply to change the socket-unplug philosophy from theology and replug it into science-but there were things that science still could not get its hands on, so philosophy took off on its own. Why assume that it needs a master? Let reason, its instrument, stand on its own feet. In according it that opportunity, Descartes fathered modern philosophy. If reason is the lever by which ideas are moved, modern philosophy committed itself to the prospect that that lever possesses an built-in archimedean point. What that point is-Descartes’ innate ideas? Kant’s categories? The positivists’ sense impressions?-would be hotly debated, but that reason has a foundation was not seriously questioned.

The predicament philosophy finds itself in today derives from the fact that that assumption now has been questioned. The going name for the assumption is foundationalism, and Isaac Levi speaks for the majority of his colleagues when he contends that “opposition to foundationalism ought to be the philosophical equivalent of resistance to sin.” The repudiation of the premise on which it has staked its existence leaves modern philosophy hardpressed for a raison d’etre. A recent anthology, After Philosophy, shows ranking philosophers divided as to whether to prospect for new oil or simply shut down their pumps. They agree, though, that the wells of modern philosophy have run dry.

The point of mentioning all this here is to suggest that the serious soul searching in current philosophy-one (to repeat) occasioned by the collapse of faith in autonomous reason-gives the perennial philosophy more chance for a hearing than it has had since modern philosophy began. For, never having agreed that reason is autonomous, it provides at least one model of how philosophy  can proceed without that claim.1

Here Professor Smith provides a contemporary illustration of the timeless aphorism of Vedanta Sutra “Reason alone gets one nowhere (tarko ‘pratisthanat).” It is autonomous reason (kevala-yukti) that Smith and apparently many in the academic tradition of philosophy itself have lost faith in. In its stead Smith suggests that philosophy and reason should be grounded in revelation (sastra-yukti). When reason serves revelation it finds its proper place as an aspect of faith, a perennial notion if there ever was one. A notion, I might add, that renders our reason most useful and beautiful, as a tool of the soul rather than something complicit in its betrayal.

12 Responses to The End of Philosophy