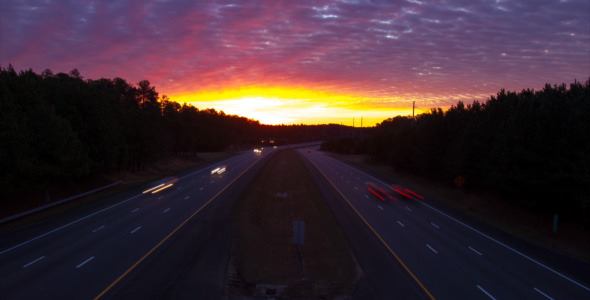 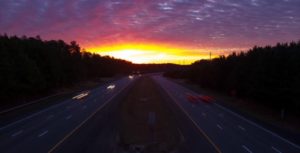 In the middle of the night, I was woken up by the sounds of screams of excitement and soul deep sobs coming from outside my window. I walked into the hall to find an empty dormitory. Everyone was crowded around televisions on campus to see the election results. The air felt completely different than when I had gone to sleep hours earlier. I had woken up to a divided nation. Feeling uneasy about America’s future, I cried holding my head in my hands on the cold tile floor of my dorm room. Wiping the tears from my eyes, I noticed a card on the floor that I had been waiting to open. It was then that I remembered it was my 19th birthday.

Like a child in distress wanting to be within the affectionate grip of a parent, I wanted to be with my guru maharaja. Even though it was still dark outside, I quickly put on my clothes, grabbed the deity I was serving, and drove almost three hours to Saragrahi. As the sun rose on the long highway, I contemplated what I wanted to do with my life. How did I want to serve my guru and Gauranga? Why was I not doing that every day? I deliberated on my inattentive rounds and how I spend a large majority of my day self-absorbed. I was living like those around me yet my heart had a different yearning.

Gaudiya Vaishnavism is not a religion. It is a lifestyle. Unlike other traditions, ours is one of ego effacement. It is a practical path where one gradually replaces one’s physical identity with a spiritually focused one. At the time of initiation, the guru gives us a body which Krishna accepts as good as himself. With our sadhaka deha, we are to follow our spiritual master’s instruction by accepting what is favorable for spiritual practice and rejecting what is unfavorable.

Everyday I see the sun rise and completely miss what it is trying to tell me – ayur harati vai pumsam; with the rising and setting of the sun, our lives are being taken away. The sadhaka should wake up each day and be prepared to come a little bit closer to the death of our ego. “We must die to live” as Srila Sridhara Maharaja put, our false sense of self must die in order to live in absolute reality.

As I was nearing Ananda Ashram at Saragrahi, I noticed what appeared to be a fog in the air. It seemed odd that on a sunny day, the fog was becoming more intense at 9 am. As I opened my car door on arrival, I was greeted by a strong stream of smoke emanating from a forest fire nearby. I could not help but recognize the symbolism in this time of need:

“The spiritual master is receiving benediction from the ocean of mercy. Just as a cloud pours water on a forest fire to extinguish it, so the spiritual master delivers the materially afflicted world by extinguishing the blazing fire of material existence. I offer my respectful obeisances unto the lotus feet of such a spiritual master, who is an ocean of auspicious qualities.”

I was excited to enter the temple room to offer my obeisances to the deities and to thank them for letting me come. The days prior had been difficult. Being a new college student, it meant that I was unable to be at Saragrahi for my favorite Kartika month holidays. I had been heartbroken not being able to see Radha dressed in her gopa vesa on Gopastami, the day I feel she looks most beautiful. As I rose from the floor, I saw that Radha was still in her Gopastami outfit from days earlier, I felt her mercy confirmed in my time of need.

A few minutes later I heard a door open. It was Guru Maharaja coming to talk to the devotees. Seeing him, shrunk all my fears. At that moment, I saw both of his gurus in him. Maharaja has described his gurus as being in the company of the sun and the moon. Srila Prabhupada is like the sun, giving his disciples the light of knowledge. Srila Sridhara Maharaja is like the moon, offering cooling rays of shelter to those in the absence of their spiritual master. By feeling their presence through my guru, I was comforted and centered and easing back into my spiritual focus.

In the final analysis, it is not our nation, education, job, or family that will give us ultimate shelter and solace in life. As sadhakas, we are in an extraordinary position as we have been graced by the mercy of a pure devotee. Although we may often lose focus and forget the power in such grace, nevertheless it is present.

Many of my fellow students were clearly overwhelmed by the outcome of these current events. Although it may not be the norm for a college student to to skip school and travel to her guru’s ashram, I know my ultimate shelter is profoundly different. I have sadhu sanga, and all they have is samsara. This lifetime is short, I wish to take advantage of this grace and give myself as much as I can to it. At the end of this life, all I will have is what I gave.