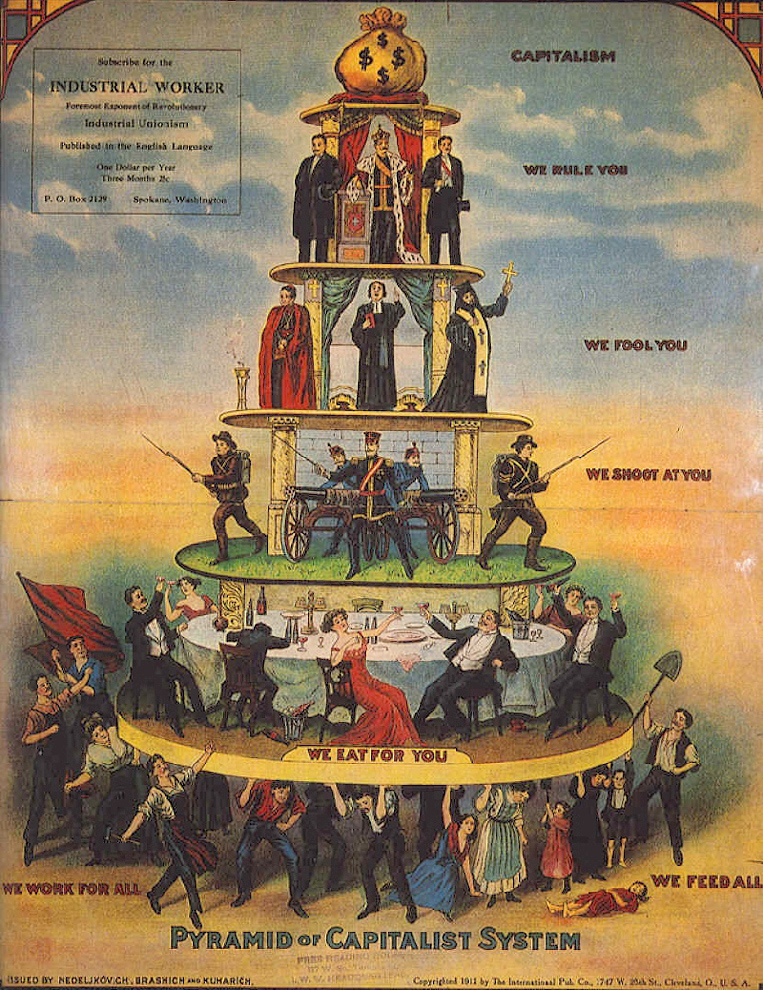 Question: What are the duties of each varna? A brief description is given by Krishna in Gita 18.42-44. For example can a shudra/vaishya person work in IT industry as web developer or he is more oriented to work more “grounded” works?

Answer: At present, the varnas are mixed up. It is difficult to judge the varna of a person on the basis of the job he/she does. One needs to study the character of the person. The basic qualities of the four varnas are found in the above-referred verses of the Gita. A brahmana is dedicated to education, a ksatriya has a passion for giving shelter and protection, a vaishya is a supplier of basic needs, and shudra feels happy by doing service to others. The sense of this is that a true brahmana is one who can sacrifice everything for knowledge. His or her heart blooms with knowledge and not with power, money, possession or doing social welfare. Similarly, for a ksatriya money does not have much value. He can sacrifice his life happily for the sake of giving protection. A vaishya dedicates his life to making wealth. Wealth is what makes him happy. A real shudra exists for serving others. He has no interest in acquiring philosophical knowledge or amassing wealth. He can live without these, but not without doing service.

Truly speaking, a Vaishnava is a shudra, because his or her life is dedicated to doing service for the pleasure of guru, the Vaishnavas, and Krishna. That is why the word dasa or dasi is added after the name of a male and female devotee, respectively. According to Manu Smriti a brahmana has the surname “Sharma,” a ksatriya “Varma,” a vaishya “Gupta” and a shudra “Dasa”. But at present, to call someone a shudra is considered abusive. In a way, Mahatma Gandhi was right when he renamed the shudras as Harijana (lit., a person belonging to Krishna). However, now in India the word Harijana is also understood to be derogatory. What is considered at present as the lowest in society is really the highest, spiritually. The qualification to be a devotee, the highest evolution of a human being, is to be a servant. A shudra is supposed to have this qualification naturally.

Previously people did not take salaries because the primary goal of society was not economic development. Now the economy is the most important preoccupation of human beings. It takes precedence over dharma. So people of one varna may do a job that does not suit their nature because they need money, and therefore there is a mixture of duties. A person of one nature is doing the duty suitable for another. Moreover, the duties are also not as simple as they used to be in Vedic society. Since now society is organized on the basis of economic development and not dharma or bhakti, it is very difficult to apply the principles of varnashrama in the present context. One can probably practice them in one’s private life, but at the social level, it is a very complex situation because modern society does not support it.

Q: And are these qualities attainable or it’s fixed from your birth and you cannot attain a higher varna in one lifetime?

A: One gets one’s nature by birth but it can be improved by sadhana, although this is not an easy thing to do. The reason is that one is dependent on one’s own mind and ego to change them. It is like asking a person to put his own house on fire. Therefore the role of the guru is very important because without surrendering to an authority who is helping to work with one’s own mind and ego, one will mostly be tricked by one’s mind and ego, thinking that one is changing or has changed.

Q: How do you determine which varna you belong to? Is jyotish the right tool for that?

A: Jyotish can help but one needs a lot of experience for that. One can also determine it oneself and take help from others who know the subject. Try to find out what is your passion, that one thing you love to do, without which you feel incomplete. This needs a lot of introspection. Steven Rudolph has developed a test on Multiple Nature to find out one’s nature. See the link on Jiva.org.

Q: Who could take sannyas in varnashrama? Was it open to all members of society?

A: Sannyasa in varnasrama was strictly for brahmanas. Ksatriyas could take vanaprastha. There are various examples of kings retiring to the forest for vanaprastha. The Pandavas also left for the Himalayas after they got the news of Krishna’s departure. That was vanaprastha and not sannyas. Therefore Draupadi also followed them. In vanaprastha the wife can accompany the husband. Gandhari followed Dhritarashtra, and Arci followed Prithu. I see no example of a non-brahmana taking sannyasa in the scriptures.

Q: When you say that sannyasa is only for brahmanas, is this a tradition, or is it sastric? Can a woman take sannyas?

A: For brahmana to take sannyas is shastric and was also the tradition. That was the varnashrama system, but now things have changed. Now anyone can take sannyasa, including women. Everything is fine. Everyone has equal rights, because India, the source of sannyasa ashram, is a democratic country.

One has to clearly understand that varnasrama was based on the psychophysical makeup of a human being in order to structure the society for peaceful functioning so that people could advance materially as well as spiritually. Then one will be able to appreciate the role of women in traditional Indian society. Now the society even in India is much different and thus the roles of different categories of human beings including the different genders have changed. Now even the genders are very fluid. In fact, in some societies, there is an effort being made not to refer to boys and girls by their genders. They argue that nothing should be imposed on the children. Let them decide for themselves to which gender they belong or would like to belong. Under such circumstances, it is a complex issue to map the Vedic paradigm onto modern society. Thus the divisions and roles that worked in the past do not work anymore at present because the definition of man and woman itself has changed, what to speak of the varnas.

Seeing from the traditional point of view, it was not that women were inferior or superior. A woman was a woman and had her role to play. But the human mind naturally makes judgments. Power naturally tends to exploit the weak. Power was attained by different people in different ways. It could be in the form of knowledge (attained by a brahmana), physical (by a ksatriya), or wealth (by a vaishya). These were kept separate to minimize exploitation and corruption. Nobody was supposed to compete and have a rivalry with another group. This is also Krishna’s instruction – para-dharmo bhayavahah (Gita 3.35). But over time a system always gets corrupted. Those in power will interpret the rules for their benefit.

Now it is our responsibility to apply the principles of shastra in the context of modern society. Shastra has two parts to it – one part contains the description of Reality, or eternal principles, such as the distinction between the atma and the physical body, the characteristics of atma, the law of karma, etc. The other part contains the application of these principles in our lives to become free from material bondage and attain the ultimate goal of life, which is prema. This part of shastra was called the smriti, such as Manu Smriti. In the past, there were many smritis, given by different sages, which were applicable in different parts of India. They were like the modern constitution of a state. Just as the constitution of a country is amended from time to time according to the need and state of society, there is a need to amend the old smriti or even compose a new one since society has changed so much.

Q: My understanding from the early cantos of the Bhagavatam (3.12.41-43) was that each asrama has four degrees, and each of the four varnas takes to it to the corresponding degree. So, as I understand the Bhagavatam, it’s saying that even a sudra would take sanyasa, but only as a bahudaka sannyasa, while a brahmana can progress all the way – paramahamsa sannyasa (no kutir at all). Verse 41 says:

So this seems to show that the four asrama correspond to the four dharma-padas and the four vrttis (varnas). This, to me, is why 42 and 43 specify four gradations of intensity for each of the four asrama. Each varna will take to each asrama according to their propensity/capacity.

For sannyasa, then, it seems that sudras can take to kuticaka; the vaisya can go further, to bahvoda; the ksatriya can go still further – to hamsa; and the brahmana can go all the way to niskriya.

A: I do not have this understanding, nor do I see it in the commentaries. However, as I have said above, the varna categories do not exist anymore as they were defined in scripture, such as the Gita. There may be some exceptions here and there, but the majority of society is not following the varna system now. Thus, there is a need to understand the shastras in the modern context. There is no point in saying that a shudra can or cannot take sannyas unless you define who a shudra is in modern society.

In essence, the simple point is that a person who is arguing for a shudra or a woman to take sannyasa or becoming a guru is most probably not very interested in bhakti. Mahaprabhu said:

Therefore the purpose of spiritual life is to become a servant (shudra) and not to become a sannyasi or guru. When this goal is forgotten, then these other issues become important.

Q: Why do devotees sometimes forget their original desire why they came to bhakti?

A: This is because bhakti was not their original desire. They just got influenced by preaching or they were facing some material problem in their life and saw a solution in spirituality. If they really came for bhakti, they would not forget it. Thus, when their material problem is solved, they revert back to their previous desires and try to satisfy them in a new environment.