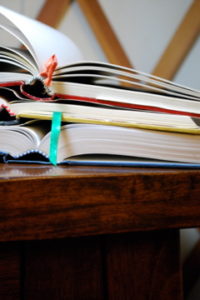 There is widespread confusion in the Western Gaudiya Vaishnava world concerning the term adhikari. Adhikari(n) refers to a person with adhikara, qualification or eligibility, for some specific task. In Hari-bhakti-vilasa, for instance, the treatment of every vrata, or vow, is prefaced by a discussion of what persons have the adhikara to perform that specific vrata, or in other words, who are adhikaris for it. There is nothing particularly Gaudiya about this use of the words adhikara and adhikari; it follows a long-established tradition of scriptural exegesis. Rather, the confusion arises in comparing two sections of the Bhakti-rasamrita-sindhu (1.2.14–19, echoed in Chaitanya-caritamrita 2.22.64–69) and Srimad-Bhagavatam (11.2.45–47).

In the first of these two sections, Srila Rupa Goswami discusses the question of eligibility for treading the path of vaidhi-sadhana-bhakti, or devotional practice following scriptural regulations. After first stating and scripturally proving that anyone who has the good fortune to have faith in serving the Lord and who is not too attached or detached from the world is qualified (adhikari) for bhakti, Sri Rupa further subdivides this qualification into three grades. One who is expert in both the scriptures and in logical reasoning, and who has unwavering and strong faith in bhakti, is most qualified (uttama-adhikari). Qualified to the middle degree (madhyama-adhikari) is one who has faith but less knowledge of scripture, least qualified (kanistha-adhikari) is one who has weak faith.

Now, Indic authors love classifications. When Patañjali states that there are three types of ardent desire for yogic practice (Yoga-sutra 1.22)—mild, moderate, or intense—the commentator Vyasa is quick to point out that these can further be subdivided into mildly mild, moderately mild, intensely mild, and so on! But apart from this, what is Rupa Goswami’s point in dividing qualified people into three classes, if the bottom line is that faith in the scriptures in general gives one qualification?

Though not explicitly stated in the text, I believe the main reason is to explain the differences in how different devotees progress on their path. Even though following exactly the same practices, two persons may progress differently based on the faith they begin with.

Bhaktivinoda Thakura hints at another answer in elaborating on this division of qualification for bhakti in the introduction to his famous Krishna-samhita. In keeping with the modernist spirit of the Bengali Renaissance, he defines the faith of the least qualified (kanistha-adhikari) as an unquestioning understanding of only the external meaning of the scripture. The middle qualified (madhyama-adhikari) tries to connect faith with reasoning, but is plagued by doubts and uncertainty, while the most qualified (uttama-adhikari) is expert at connecting faith and reason. Understanding this division of people qualified for bhakti, expert teachers modify their teachings to suit their audience the best. When speaking to kanistha-adhikaris, the teacher will be careful not to upset their tender faith by questioning the literal meaning of the scriptures, while when teaching madhyama-adhikaris he will be able to accommodate other viewpoints as well.

While Bhaktivinoda’s explanation may not be accepted by all modern Gaudiya Vaishnavas, it is hardly incompatible with Srila Rupa Goswami’s basic definition. The confusion arises when that is compared to the definition of three kinds of devotees (bhagavatas) in the eleventh canto of the Shrimad-Bhagavatam.

The passage in question is part of a discussion between King Nimi and the sage Havi. Havi has been glorifying the devotees of the Lord, after which Nimi asks him to speak in more detail about these devotees, or bhagavatas. Havi replies by first dividing the bhagavatas into three classes. The topmost bhagavata (bhagavata-uttama) sees the Lord in everyone and everyone in the Lord. The middling (madhyama) bhagavata shows love, friendship, mercy, and disregard to the Lord, his devotees, innocent people and the envious, respectively. The materialistic (prakrita) devotee, in turn, has faith in the sacred image of God and in his worship, but not in his devotees or in others. The division here, then, is not one of faith, but one of pervasiveness of vision of God. While the topmost devotee sees God in everyone, the middling devotee discriminates between different types of people, and the lowest grade, or materialistic, devotee sees the Lord only in his image. That the topmost devotee is the focus of the text is evident by the fact that the section ends with seven more verses in glorification of him or her.

What is the point of this classification, then? First, to show that the best devotees may not be the ones that explicitly look like good devotees. Rather than properly following all the rules and regulations of image worship, they may wander the world like tramps. Secondly, it functions as a road-map for devotees, which they may use to see whether they are progressing on the path or not.

This classification is thus not compatible with that of Rupa Goswami’s. While both use the terms superior, middle, and inferior (uttama, madhyama, and kanistha, though the last term is only implied in the Bhagavatam), they describe altogether different things. This is evident from the fact that neither Rupa Goswami or any of his commentators quote these Bhagavatam verses in this context of the Bhakti-rasamrita-sindhu. The Bhagavata verses, in turn, never once use the word adhikari, though for some reason the word is used in the BBT translation.

Even so, are these two passages not in essence both about faith, thus justifying the use of the word adhikari for both? Yes and no. Yes, one could say that the larger vision of the uttama-bhagavatas is caused by their deeper faith, but no, that does not make them eligible (adhikari) for vaidhi-sadhana-bhakti—such devotees have already passed far beyond this kind of devotion, swimming as they are among the waves of prema-bhakti. The best example of the uttama-bhagavatas in the Bhagavatam is of course the gopis madly seeing Krishna everywhere in their anguished search for him before the rasa dance. Saying that they have now become supremely qualified for beginning their path of devotion would not only be ludicrous, it would be downright offensive.

4 Responses to On Adhikaris and Bhagavatas