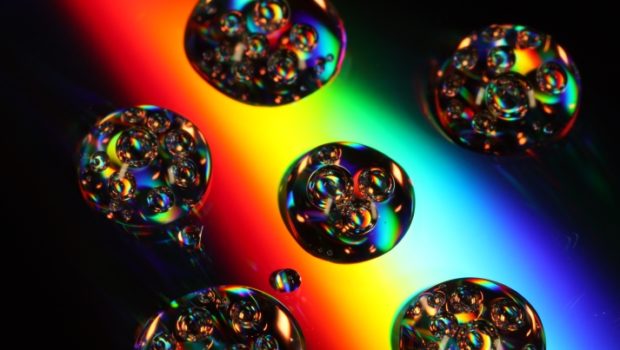 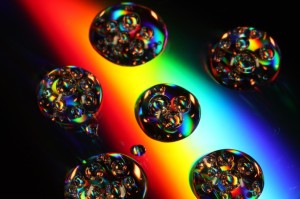 By Swami B.V. Tripurari, from Sacred Preface, an extended commentary on the mangalacarana of Krsnadasa Kaviraja’s Sri Caitanya-caritamrta, available from Darshan Press.

Under scrutiny, we find that ancient India was not without science or mathematics, which forms the basis of modern science. Indeed, ancient Hindu cosmology, in which the yuga cycles play a part, was based on precise mathematical calculations. However, these calculations are not in point­for­point competition with those of modern science. Ancient Hindus used mathematical calculations to arrive at their sense of time within narratives suggesting a hidden, divine meaning behind the physical world. This is a meaning that appears out of the meditative mind, opening one to the experience of the Deity and his world of divine play. The eternal return of the cosmic cycles corresponds with the internal yogic return of reincarnation and ultimately the atma’s final attainment from which there is no return. As such, the yogic cosmology is a veritable drama of deliverance from material existence in which the Deity, of which time is an aspect, interacts with humanity. Ancient Hindu yogic cosmology was a means of framing philosophical concerns that involved time, motion, the soul, the finite, and the infinite. Thus modern science and the yogic tradition look at the world from entirely different angles of vision.

There is at the same time value in discussing the yogic cosmological perspective in light of modern science and bringing yoga into today’s ongoing discussion of science and religion. But in doing so, there is no need to dispense with the ancient yogic descriptions of nature, but rather to understand what the texts describing them are saying, and what they are not saying, about nature. They speak poetically about nature and take into consideration empirical evidence of their time. Their aim is to give descriptions of the natural world that foster the pursuit of divine life. They also speak pragmatically and essentially about a Darwinian “struggle for existence”— “one living being is food for another”—thereby providing negative as well as positive impetus for transcendence.

The yogin has no difficulty noting the observations of modern science as they develop century after century, with new discoveries displacing old theories to the discomfort of those entrenched in an earlier paradigm. Such observations are certainly of interest at times and occasionally appear to the yogin as a window into the theological world. The yogic mind has no difficulty in understanding the discoveries of modern science and their implications, nor does it object—within limits—to taking advantage of them as they are passed on through the hands of modern technology. Indeed, within those limits it also bows to modern science and technology. But it is the limits that are important, for the yogin lays prostrate before an entirely different ideal from that of today’s dominant materialistic sense of life’s meaning or lack of it. Only as much as this ideal is served by any scientific observation or technological advance is it worthy of the highest respect.