The Beauty of Competition and Interdependence 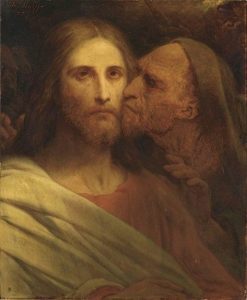 Unity and diversity are present in the original system, anvayat itaratah: there is the direct and the indirect process (SB 1.1.1). It exists in Vrindavana also—such party feelings. It cannot but be, and not only is it not objectionable, but it is necessary for the organic whole. Thesis, antithesis, synthesis: this is the very nature of the whole creation. We may think that an opposition party in the parliament will be doing some harm to the main party in terms of smooth operation, but in a generous way, it is seen as rather good because it makes the main party more careful. Opposition draws more energy into the work. So, the opposition is not supposed to be minimized but it helps to enhance the energy and carefulness observed by all.

Kirtana is better than smarana, meditation. Why? An opposition party is there, and we automatically have to collect more energy to convince the opposition. In smarana, there are no external disturbances, therefore, the intensity with which we engage in it can be less. When we are engaged in kirtan, we are forced to collect our energy to meet with adverse circumstances.

In the Age of Kali, an offensive against the offensive has been recommended. It is not that mere defense will help us in all circumstances. When we launch an offensive, it is necessary to collect more power. So, the opposition is there, and though sometimes we think that it is undesirable, from an impartial perspective, it is considered necessary and has a positive contribution. The negative has its necessary position to enhance the positive. This is the underlying principle we are to understand, and we are to think about how it is so. It is there, and how is it justified? We are to also understand that within ourselves in order to find such harmony within us.

There is Krsna, and there is maya. Even in Krsna’s own harem, there are different parties. There is Radharani’s party, Chandravali’s party, and the middle party. This is necessary to enhance the lila. Yogamaya invents all these things. There is no fault there: such opposition is a necessary part of even the highest plane. In this way, we can understand unity in diversity.

Diversity, or opposition, has its position, a real position. Consider the branches of a tree, each branch wants to draw more juice from the trunk. Still, they also help each other in many cases. So, unity in diversity is present in nature itself. We are to study how it is useful to us. There is competition in our organic body. The brain uses one-eighth of all the blood in the body. Such a small amount of mass wants so much food, and such an amount of blood is not shared with any other parts of the body. So, there is high and low and important and less important. They are there, and there is a fight between them to draw their own food from the general store. Still, they are friendly on the whole. We cannot go on with only a brain, neglecting our feet and other body parts. Everything has its place in the organic whole; everything has its own allotted service and is a necessary part of the whole.

Without devotees, the Lord cannot go on. Without a son, a father is not conceivable. For there to be generous persons, there must be someone who needs to be shown generosity. Generosity requires for its own existence that there is someone upon whom pity should be taken. So, everything has a relative position and depends on another thing for its own existence.

There is a necessity for heinous demoniac persons like Jagai and Madhai to enhance the magnanimous lila of Mahāprabhu. Similarly, Judas is necessary to prove the generosity of Jesus.

Recently, some thought has come to my mind about Judas. When Jesus was passing along the road with the cross on his shoulders and on two sides there were throngs of men, Judas was amongst the mob. Jesus has his head bent down and the cross on his shoulders, but he suddenly looked up at the face of Judas. We may not understand how he could understand that Judas was there because he was walking with his head bent down, however, when he came to the point where Judas was standing, he suddenly cast his glance in his eyes in such a way that Judas became maddened and ran away. Judas had been bribed to betray Jesus, but after Jesus looked at him, he cast away the bribe money and prayed to be forgiven. Judah felt, “I am the most treacherous man. What have I done? I have performed the most heinous act.” Such a reaction came to the mind of Judas. So, what did Judas find in the glance of Christ? Something new has come to my mind about this; I don’t know whether others have commented on it in this way. It has come to me that Christ’s look towards Judas did not say to Judas, “You have played the part of a traitor against me, you have committed treachery.” It was not a look of that kind, not vindictive. Rather, Christ said through his glance, “Judas, it is not that you are exploiting me. Rather, I am using you to raise my banner. I am exploiting you and your name forever. So, I am indebted to you, my friend.” Judas found this sort of look in Christ’s eye, that Christ was so thankful. Judas felt, “I have done wrong against him, but he has cast his glance upon me to say that he is so thankful to me. How is this possible?”

There is a style of martial arts from Japan called jujitsu in which someone who is running with great force to attack is defeated by having their own strength used against them. This case of Judas is something like that. Judas was maddened to find that Jesus was thankful to him to the extreme. Judas could comprehend this in the eyes of Jesus. Understanding Christ, Judas was maddened that Christ could be so loving, affectionate, and thankful to a traitor. Judas could not remain standing there. He ran away to perform penance.

4 Responses to The Beauty of Competition and Interdependence