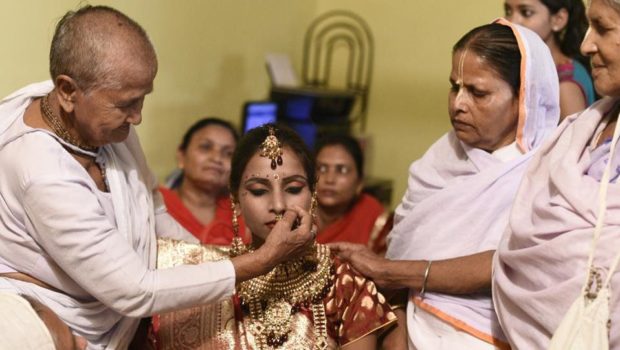 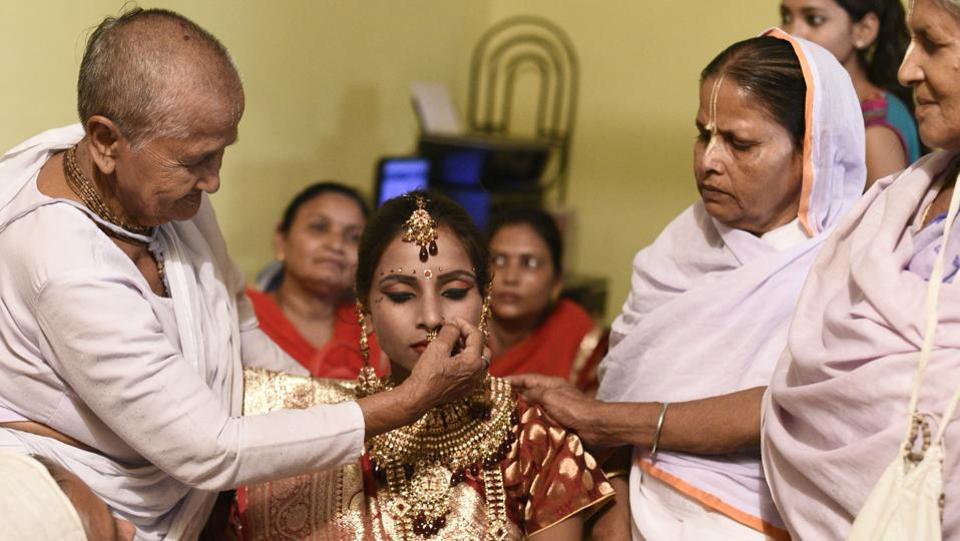 In a departure from tradition, a young widow’s marriage was solemnized in the presence of around 500 widows in the 400-year-old Gopinath temple of Vrindavan on Monday, October 13, 2017.

Vinita Devi, 23, who lost her husband in the 2013 Kedarnath landslide, tied the nuptial knot with Rakesh. 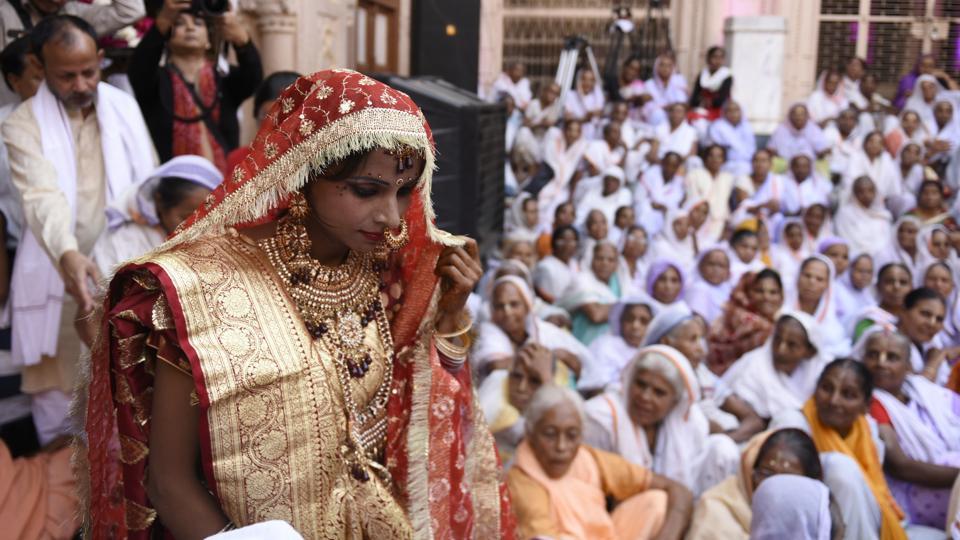 For the widows present in the marriage, this was their Diwali celebration. “Her marriage is a message for the society that believes a woman’s life ends if she becomes a widow,” said Manu Ghosh, a 90-year-old widow in Vrindavan.

After she lost her husband, Vinita (a mother of two) remained confined to her in-laws’ house in Devlidhanigram in Rudraprayag district for two months. Later, she left for her native village Kamodi in the same district to take care of her ailing mother. But, she soon started facing the grim realities of life as a widow, with no money for herself.

The marriage, organized by Sulabh International that works for the welfare of widows in the country, was completed with all rituals. A ‘mandap’ was decorated with flowers in the courtyard of the temple. 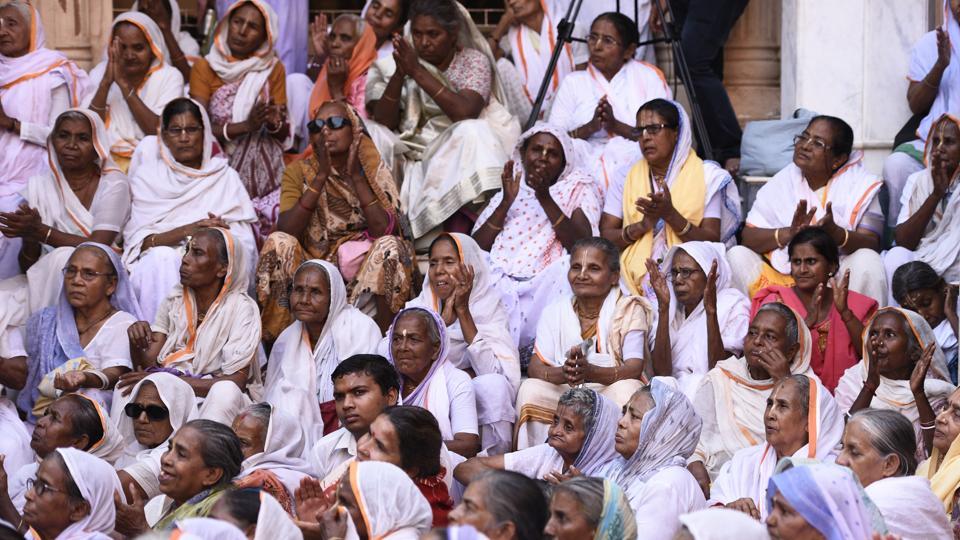 Over 500 widows from different ashrams in Vrindavan along with locals attended the marriage. “Her marriage before the community is not just an act of courage but a learning that women’s life does not end if she is left alone due to some reason,” said Bindeshwar Pathak, founder of Sulabh International.

“I think more women should come forward and take decisions of their lives on their own, whether it is about education, career or choosing a life partner,” said Vinita, who will now settle in Uttarakhand with Rakesh, a driver.

Vinita has not planned her life, but said, “I wish to do something that can provide good education to my children,” adding: “I have taken a bold step, and hope the future will be bright.”