The Compassion of Bhagavan 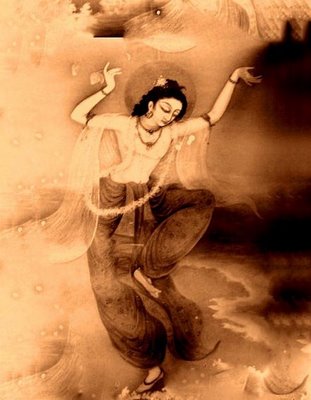 Although Bhagavan has no personal experience of material suffering, he nonetheless has abstract knowledge of it. However, this abstract knowledge of material suffering does not drive his life and provides only a secondary, indirect impetus for his compassion. His life is driven by his love for his devotees, who are either entirely under the same internal sakti that governs his emotional life (in the case of nitya-siddhas) or gradually coming under its influence through their sadhana (in the case of sadhana-siddhas). In other words, Bhagavan is driven by bhakti.

However, the question remains as to the cause of the compassion of Advaita Acarya, Nityananda Rama, and Sri Caitanya. They are all Bhagavan, but they find themselves in a lila filled with compassion. They have no personal experience of material suffering, but they do have abstract knowledge of the suffering condition of material existence. Furthermore, they are all experiencing bhakti from the perspective of a devotee.

The difference in perspective between Bhagavan and his devotees is nicely illustrated in Sri Caitanya-caritamrta when Sri Caitanya glorifies Vasudeva Datta, one of his eternally liberated devotees. At that time, Vasudeva expressed great compassion and requested that Sri Caitanya liberate all materially conditioned jivas in the universe by giving him [Vasudeva] their karma so that they would be free to transcend material existence. While Sri Caitanya deeply appreciated the compassion of Vasudeva, in the mood of Bhagavan he also replied with an air of aloofness to the material condition, teaching that material suffering as a whole has no end and that the liberation of an entire universe was not of much consequence from Krsna’s perspective. In contrast, elsewhere we find Sri Caitanya absorbed in the bhava of a devotee expressing great concern to Haridasa Thakura for the suffering of even trees, plants, and insects.

Thus Bhagavan is only indirectly moved by the suffering of the jivas, whereas the primary cause of his compassion is his love for his devotees. As we have seen earlier, sometimes acaryas have written about the measure of compassion that arises in Bhagavan’s purusa form as a result of his abstract knowledge of material suffering as if it were a partial cause of his lila of creation. However, more often they have stressed that the cause of Bhagavan’s descent into the world is his love for his devotees who are not yet liberated, and through such devotees his compassion is extended to the rest of the world. The special case of Gaura lila, wherein Bhagavan is in the bhava of a bhakta, is perhaps why Krsnadasa Kaviraja repeatedly depicts Sri Caitanya, Nityananda Rama, and Advaita Acarya as being filled with compassion for the suffering animation.