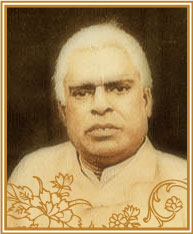 “A sober soul who can control the urges of speech, the mind, anger, the tongue, the belly, and the genitals can conquer the entire world.”

“Attaining a proper conception of their relationship with the Lord by the mercy of Sri Guru, fortunate souls take up the practice of devotion.”

“Srila Rupa Goswami has certainly blessed such souls with his Upadesamrta.”

“There are two types of practitioners—householders and renunciate, and the wise should deduce that there are different instructions for each of them.”

“One who tolerates the six base urges—the urges of speech, the mind, anger, the tongue, the belly, and the genitals—by taking shelter of Krishna’s name can conquer the world and overcome all fear.”

“Rejecting that which is unfavorable to devotion is a limb of exclusive surrender, which is filled with devotion to Krishna.”

“One who tolerates the six urges by practicing proper renunciation will fearlessly become free from the offenses to the Name.”

“I offer my obeisance to the moon of Sri Godrumadvipa.”

“I serve Gaurachandra. The nectar of instruction (Upadesamrta) was born from the ocean of his mercy and brought to the world by Sri Rupa. Offering my obeisance to the author of the text and the commentator, I write this commentary which showers that nectar.” (Piyusa-varsini-vrtti)

“Pure devotion is constant endeavor to please Krishna that is free from ulterior motives and unobstructed by pious action and renunciation.” (Brs, Purva-vibhaga, 1.11)

“Accepting the favorable, rejecting the unfavorable, confidence that Krishna will grant his protection, embracing Krishna’s guardianship, fully offering one’s self, and humility are the six limbs of surrender.” (Cc, Madhya-lila, 22.97)

In this verse, rejection of the unfavorable is prescribed. One who can completely tolerate the urges of speech, the mind, anger, the tongue, the belly, and the genitals can conquer the entire world.

“The Lord does not appear in the heart of one whose heart is disturbed by lamentation, anger, and other disorders.” (Padma-purana)

During devotional activities, these six urges arise and disturb the practice of immature practitioners. At that time, during their endeavor to give up the ten offenses to the Name through unconditional surrender, a devotee becomes capable of avoiding these obstructions by the mercy of the Name and the power of pure devotee’s association.

“One who, even after hearing the glories of the Name, has no love for the Name and remains degraded and engrossed in “I” and “mine” is an offender to the Name.” (Sri Padma-purana)

Devotees practice proper renunciation; they should not practice dry renunciation. Thus, there is no prescription for them to give up all contact with material affairs. As soon as the urge of the mind—thirst for the mundane—goes away, the urges of the eyes, nose, and ears become controlled. Therefore, one who conquers the six urges and adheres to the soul conquers the world. This instruction to tolerate these urges is only for householder devotees, as renunciates have already completely given up all these urges before leaving their homes.