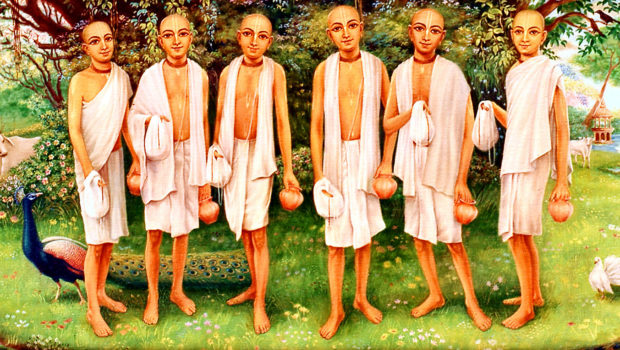 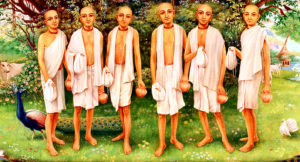 The word “jnana” is usually translated as “knowledge,” but, in fact, it is not that simple. In English, one says, “I know the name of a good restaurant,” or “I know Java,” and it is easily understood. But the simplicity of the word “know” or “knowledge” is not the same in Sanskrit.

Before beginning the explanation of jnana, let’s look at a hypothetical situation. A man is in a coma for 10 years and wakes up in his hospital bed. Sitting on the table next to him is an iPad, left there by a visitor. The man picks up the iPad and looks at it. Through his senses, he makes some observations about it, but he can’t really figure out what it is. Later the visitor explains it to him.

“You can read books, newspapers, and even magazines on it.”

“You can listen to music on it, play games on it, and watch movies on it. “

“You can use it almost anywhere, and it doesn’t require any wires”

“In some schools, these are being provided to children instead of giving them textbooks.”

Finally, the visitor turns on the iPad and gives the man a demo of it. The man now has some knowledge of an iPad.

In this example, there is a subject (the man), an object (the iPad), and there is knowledge. Initially the man has a few observation, which he makes on his own, then he is given some information (in this case, verbally), and finally he sees it being operated. Through the use of his senses and intellect, the man now has some, but not complete, knowledge of an iPad. Whatever knowledge he acquires in this way, creates a specific impression or modification in his mind, called citta-vritti.

Knowledge basically is the relation between a word and the object denoted by it. By this knowledge, the subject can deal with or think of the object. The knowledge can be of a substance, a quality, a class, a relation, or an action. All the knowledge we posses can be subsumed in one of these categories.

In Sanskrit the word jnanam is derived from the root jna avabodhane (to know) and has three etymological meanings:

The second meaning is the most general meaning of the word jnana. The function of knowledge, taken in this sense, is to reveal an object. It reveals an object to a conscious self, atma.  By revealing the object, it also reveals itself. This is described as svayam-prakasa, self-luminous. The self knows what is revealed to it by knowledge. Knowledge, however, cannot know the object it reveals. That which knows but does not reveal the objects outside it except itself is called pratyak or svasmai svayam prakasa, self-luminous and self conscious. This is the characteristic feature of the self.

Knowledge of The Self

The fundamental difference between knowledge (used in the second sense) and the self is that knowledge reveals an object for a knowing subject (atma) while the self, although it illuminates or makes the body conscious, cannot reveal the objects but knows what is revealed to it by knowledge. Knowledge thus belongs to a subject and has a content or reference to an object.

It also does not mean that it possesses knowledge in the normal or popular sense of the word. Not knowing this distinction, some scholars misconstrue that atma, or the pure soul, is full of knowledge, omniscient. They propose that if the soul’s ignorance is removed, then the atma will be automatically situated in knowledge.

A human being a made up of the atma and a material body. The material body is made from the products of prakrti (the causal state of matter), and it has three divisions:

Based upon these three bodies we experience five states of existence: wakefulness, dreams, deep sleep, unconscious, and samadhi.

Wakefulness is related to the gross body; dream state to the subtle body; and the remaining three to the causal body. The one who makes these bodies conscious and is beyond them is the atma. He is the only conscious being, jnana-svarupa, and has the potential to know. He exists in all five states of the three bodies, but is completely untouched or affected by them. He is unchanging, and everything else is mutable.

The word jnana is thus used both for atma, and the knowledge acquired as a vrtti through the senses. The confusion arises because of the use of a single word for both. This distinction must be understood clearly to know the nature of atma. The knowledge which arises through the senses, internal and external, is not inherent in the atma. Atma, by its proximity, infuses consciousness into the citta, the mind, which comes in contact with sense organs, which in turn contact the sense objects (Bhagavata Purana 6.16.24).

The knowledge of an object thus arises when the atma comes into contact with the object through the inner and external senses. This knowledge is called vrtti-jnana, a form of mental modification. (See the second etymological meaning above.) It undergoes contraction and expansion, warranted by experience while being conditioned by avidya-karma, ignorance of the self as distinct from the body. This knowledge is different from jnatrtva of the atma in the sense that the latter is pratyak or conscious of itself while the former is parak or reveals itself to the self. This knowledge is like the luminosity of a flame. Although a substance, it is considered as an attribute of atma because it is sheltered in atma. The knowledge appearing from the sense perception is self-luminous but not self-conscious. It is called mano-vrtti, a particular state of mind in relation to the object perceived.

Sri Krishna refers to mano-vriti, as cetana, or awareness, and counts it as part of the material body (Bhagavad Gita 13.6). This cetana should not be confused with the cetana of the atma. Although cetana, or consciousness, is the natural quality of the atma, it is counted as a mental characteristic, because, in the conditioned state, the consciousness of atma is manifest only through the material body, senses, and mind. Hence, all knowledge, both valid and illusory, is a mental state.

Sri Kapila says that there are five types of vrittis (Bhagavata Purana 3.26.30):

“The characteristics of buddhi by its various functions, vrittis, are said to be doubt, illusion, valid knowledge, remembrance, and sleep.”

All types of experiences, both external and internal, in different states of mind, such as wakeful, dream and deep sleep, fall within these five vrttis. There is no experience outside these vrttis. It may be noted here that even deep sleep is the experience of a type of vrtti. The vrttis are not within atma; therefore, all knowledge is outside atma.

No Knowledge of External Objects in The Self

One experiences happiness in deep sleep, therefore, on awakening, one says, “I slept happily. I did not know anything.” One may argue that one does not experience anything in deep sleep because of the covering of ignorance. However, even in nirvikalpaka samadhi, which is realized when one is free of ignorance, there is only the experience of bliss but not of knowledge of anything. Patanjali says that when a person becomes free of all vrittis, one is situated in one’s own self (tada drastuh svarupe’vasthanam, Yoga-sutra 1.3). There is no knowledge. Thus, when it is said that atma is jnana-svarupa, it does not mean that it is full of knowledge. It means that it is a conscious being and can have vritti-jnana. The word jnana in jnana-svarupa is used in the sense of first and third derivative meaning, and not the second. Therefore it is understood that atma is conscious by nature, but does not possess any knowledge in it except the sense of “I”.

One Response to What Is Jnana?