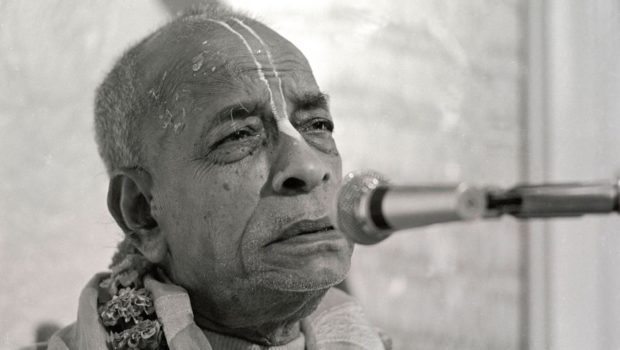 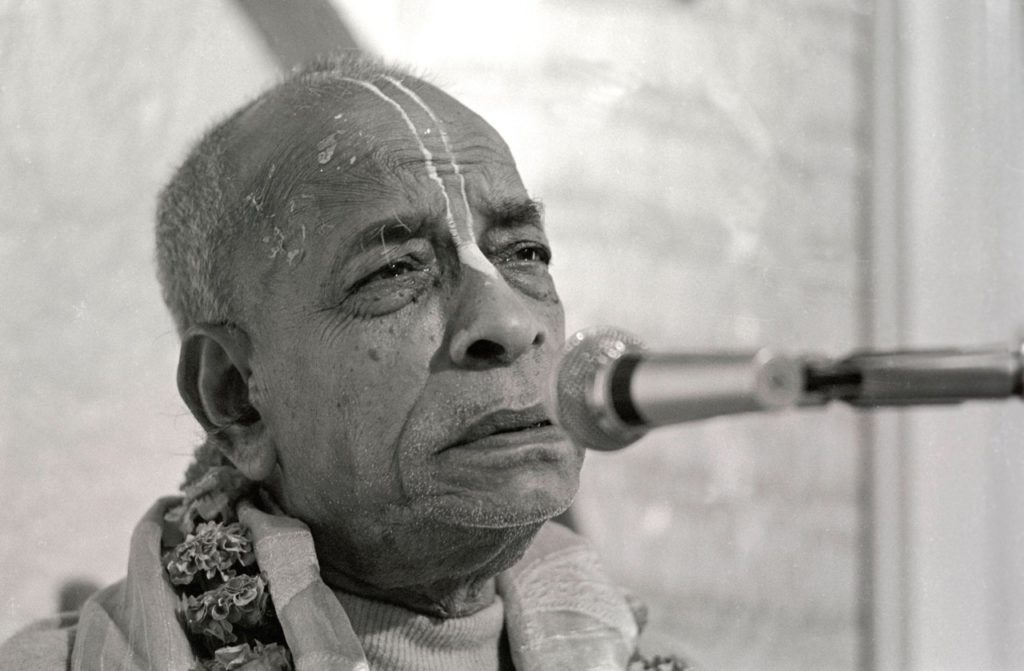 Unto the lotus feet of my eternal master, preceptor, and dearest friend, accompanied by his host of devotees and ever well-wishers, I humbly submit the following for your pleasure.

In preaching one often finds themselves saying, “on behalf of Srila Prabhupada,” in order to convey ones total transparency in representing the guru parampara. But great care must be taken, for this can also be seen in another light which is not as praiseworthy. The less than praiseworthiness arises from what Srila Prabhupada clearly saw as a shortcoming of the western mindset as evidenced by his translations of the offenses to the Holy Name—he emphasized the seventh as the most offensive, whereas the texts clearly emphasize the first. We should be ever mindful of our western tendency to place the burden of our spiritual responsibility on our beloved preceptor.

This is oh such a subtle point I feel I walk on a razor’s edge and pray for your mercy less I slip and be labeled a heretic. We worship guru on the same level as the Supreme Lord. Actually, his and the worship of all vaisnavas is even more spiritually potent than our worship of Krishna. We continually remind ourselves that he is the architect of our spiritual advancement. In every way and in every aspect of our devotional service, he reigns supreme. But his exalted spiritual position should not be used as a crutch. Although his guidance allows the lame to cross mountains, we must do so on our own two legs.

A dear godbrother of mine recently said in conversation, “There will never be another Prabhupada.” I understood his mood. For the disciple, there will never be another Prabhupada like his Prabhupada. But we must be oh so careful that in our praising of our Founder-Acarya Prabhupada we don’t become in any way envious of the contemporary godbrother Prabhupadas coming in his wake. Our Srila Prabhupada wanted every one of his disciples to step up and become Bhaktivedanta. Vaikuntha attitude dictates that future generations experience the ecstatic tears of airport arrivals and departures, the loving glance that assures the fearful heart that one’s future prospect is fully safe and secure, the stern look and reminder “you must abandon your cheating tendency.”

Putting oneself forward as spiritual master and accepting disciples requires an absolute self-sacrificing attitude. B.R. Sridhar Dev-Goswami was reluctant to accept any disciples, but he relates that the pastime of Krishna’s headache softened him to the necessity of risking eternal damnation in loving service—die to live.

If in our outward display of glorifying Srila Prabhupada there is a Jesus-ification of His Divine Grace, if “on behalf of Srila Prabhupada” is distorted by philosophical misconception, if the position of guru is in any way minimized by institutional dictate for the future generation of disciples, then I fear we will be doing the greatest disservice to the spreading of this great Krishna Consciousness movement.

It is our duty as responsible devotees to continually preach and educate on the true position of guru. When we proclaim “on behalf of Srila Prabhupada,” I feel we are duty bound to make sure this statement does not rest on any misconception as to our personal responsibility in the matter.

Free of such misconception regarding guru-tattva, let us push forward this Krishna Consciousness movement by taking full advantage of Srila Prabhupada’s vani and ourselves fully surrendering to the self-sacrificing dedication required to introduce and guide all of human society as guru. In his concluding comments to the preface of Bhagavad-gita As It Is, Srila Prabhupada expressed that if just one pure devotee came as the result of the endeavor he would consider it a success. Let us redouble our efforts both individually and collectively, and rise to the platform of becoming that one pure devotee Srila Prabhupada desired, and thereby magnify his success unlimitedly. Such purity will then allow us to fully embrace the legacy of our guru parampara and our ever well-wishers.

Instruct everyone to follow the orders of Lord Sri Krsna as they are given in the Bhagavad-gita and Srimad-Bhagavatam. In this way become a spiritual master and try to liberate everyone in this land.

I say unequivocally that this is the highest worship we can bestow upon our eternal spiritual master, His Divine Grace A.C. Bhaktivedanta Swami Prabhupada.