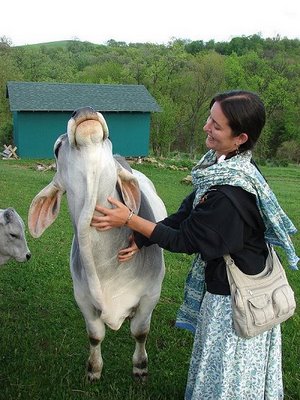 The universal necessity is to learn and acquire a serving attitude, and if that is applied to nama-bhajana, or any bhajana, that will be of great help to you.

Jihva means the tongue, and namadi means the nama, rupa, guna and lila. On the tongue the Lord’s name (nama) will appear; within the eye, his form (rupa); within the mind, his qualities (guna); and in the heart, his pastimes (lila): all these will come down to you, and everything about you will connect with that Vaikuntha-tattva.

So it is not just a question of increasing the quantity, but the quality must be present. To be real bhakti, sevonmukha and seva presuppose surrender, and all this presupposes sadhu-sanga. It all originates from the association of a sadhu. From the positive direction it can come to us, so we must be thankful to that positive source. Krishna is there, but his grace is coming through his agents. So his agents should be welcomed and dealt with properly.

Whatever we can collect with our energy we should devote towards sadhu and sastra; they are our two friends everywhere. My Guru Maharaja, Srila Bhakti Siddhanta Saraswati Prabhupada, one day explained what is a sadhu, and what is karma. He then proceeded to explain that if a sadhu orders, “Bring me a flower,” but when you bring the flower he says, “No, now bring me some water,” and you object, “No, you ordered a flower and I brought it. Please accept this flower,” that will be karma. The sadhu is free. To thrust upon him his previous desire will be karma. At every moment he is free, so to follow his past will, will be karma. Always you are to be expectant for the immediate need.

In the battlefield, if the general orders the army, “March this side,” then after noticing the circumstances to have changed he says, “No, go this other way!” Then it won’t do for the soldiers to object by saying, “No! You have already ordered us to go in this direction.” Similarly, the sadhu and guru are always free, and their order should be taken in such a way. It is not that we shall stick firmly to their first order, but they are living and independent.

On being asked to do a particular service, one disciple told our Guru Maharaja, “I need to know my program of what to do at least one week in advance.” But Srila Prabhupada replied, “But I received the order only five minutes ago, so how could I inform you earlier?” So, it is not a dead matter.

Of course, the beginners will not be able to accept that. They will receive their specific instructions just as a young boy is given the duty to every day practice writing the alphabet, “ABC….”. That is a particular stage, but then he will be taught how to spell by using those letters in a certain way. And presently at every moment, he will be using the letters in many ways according to the necessity of writing. The order may come to take down a dictation, to write this and that. Just repeating “ABC…” is not sufficient. So, at the beginning of devotional life, the student is told, “Do this thing. Do that thing.” But when the student comes in connection with the living substance he or she will be prepared in such a way for a new order to come, and he will have to follow that with all alertness.

When I was in Vrindavan I had a desire to meet with one sadhu who was the most famous and respected siddha-babaji of that place. I had the chance to stay with him for a few days but my Srila Prabhupada, after circumambulating Vraja Mandal, told me he was a kanistha-adhikari. He explained that this babaji was only copying as a student what are accepted as the practices of a sadhu. He was following the stereotyped direction. He was chanting the Lord’s names, doing madhukari, fasting, reading Srimad-Bhagavatam, and performing the various formal duties recommended for the beginners, but he was not coming in contact with the living thing. He was simply undergoing training. He was simply following the training period. In the armed forces when the new recruits are in the training period, they are asked to do something repeatedly, “Do this! Do this! Do this!” So they engage themselves in that way.

The kanistha-adhikari does not know the spirit and therefore cannot connect with the living substance. He, therefore, is in the preparatory life of a devotee and he will repeatedly engage in those practices.
Anyhow, I had already gone to see this babaji two or three times in the evening. I sat there silently. He had many disciples there who respected him, with two or four staying by his side. Nobody said anything to me and he could not tell that I was from the Gaudiya Math. I tried my best to read him.

On one occasion that I saw him, it was the holy Nrsimha Caturdasi day, and a reading from Srimad-Bhagavatam was begun. He recited and sometimes he spoke about various things. I continued my watch over his activities, movements, etc. As I watched him it was sometimes as if I was noticing Guru Maharaja indicating to me that babaji’s nature.

After two or three days I came up with the conclusion that this man was trying his best from this plane to go up. But our Guru Maharaja has come down from there and has a living program with a purpose to fulfill. He does not belong to this world, but he has come from the spiritual world with some order. Our Guru Maharaja has come down with something positive to give to the world.

He has some order and plan: “Go and do this!” But that babaji was trying his best to follow what has been recommended in the scriptures. We can read about Rupa, Sanatana, and others, and accordingly, have some idea and try to practice that. But that is theoretical practicing: “This has been recommended, let me practice all these things and then I will get my desired result.” One who follows in this way is a kanistha-adhikari. But the desired end and the living result will come by working under the direction of Gurudeva and sadhu who are already members of that plane. And that is not theoretical, but practical. The difference is there in the practical necessity. In this way, I had also come to the conclusion, later to be confirmed by Srila Guru Maharaja, that this babaji was a kanistha-adhikari.

Soldiers are sometimes ordered to do ordinary things—not only fighting, but also shoveling, clearing jungle, and many other duties. When marching against the enemy, whatever duty will come in their front, they are to do that. The circumstances are practical and living. It is not mock-fighting, but a real fight, and at every moment they are not always fighting. The preparation to a fight has more value than fighting in a mock-fight during a training period, even though the mock-fight seems like real fighting. When the soldiers in the actual field find it necessary to do some other duties such as clearing the jungle, making a bridge, or a path etc., that will have more value than a practice fight in peaceful circumstances.

Of course the position of the General—of the Gurudeva—is all-important: he must be real, not a sham or imitation. If the sadhu or Gurudeva is genuine, to clean up his stool and urine may fetch more benefit than worshipping the deity. That is because such activity has a practical connection. So, under the guidance of a real acarya, whatever we do—whether it be cooking, looking after the cows, personal service, or so many other duties—that will have more value than my independent reading of Srimad-Bhagavatam. That is possible because the acarya is actually leading a spiritual life and he has his mission to do, and if we can help him that will fetch some higher result for us. And I will be paid by his coin, and not by any gross thing.

3 Responses to Service is Dynamic