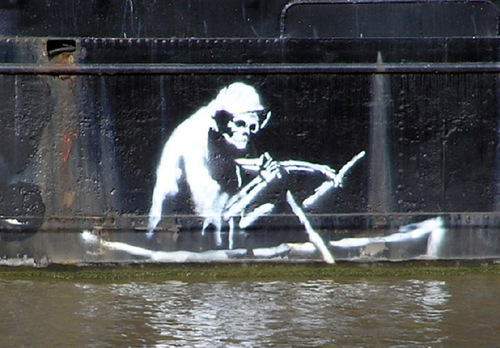 Confronting the Culture of Death

By Chris Hedges, an ordained Presbyterian minister, who gave this sermon Jan. 20, 2019 at Christ Church Cathedral in Victoria, British Columbia, in Canada. Originally published at Truthdig.

The issue before us is death. Not only our individual death, which is more imminent for some of us this morning than but our collective death. We have begun the sixth great mass extinction, driven by our 150-year binge on fossil fuel. The litany of grim statistics is not unfamiliar to many of you. We are pouring greenhouse gases into the atmosphere at 10 times the rate of the mass extinction known as the Great Dying, which occurred 252 million years ago. The glaciers in Alaska alone are losing an estimated 75 billion tons of ice every year. The oceans, which absorb over 90 percent of the excess heat trapped by greenhouse gases in the atmosphere, are warming and acidifying, melting the polar ice caps and resulting in rising sea levels and oxygen-starved ocean dead zones. We await a 50-gigaton burp, or “pulse,” of thawing Arctic permafrost on the Siberian shelf which will release about two-thirds of the total carbon dioxide pumped into the atmosphere since the beginning of the Industrial Era. Some 150 to 200 species of plant, insect, bird mammal are going extinct every 24 hours, one thousand times the “natural” or “background” rate. This pace of extinction is greater than anything the world has experienced since the disappearance of the dinosaurs 65 million years ago. Ultimately, feedback mechanisms will accelerate the devastation and there will be nothing we can do to halt obliteration. Past mass extinctions on earth were characterized by abrupt warming of 6 to 7 degrees Celsius. We are barreling toward those numbers. The mathematical models for this global temperature rise predict an initial 70 percent die-off of the human species, culminating with total death.

The corporate forces that have commodified the natural world for profit have also commodified human beings. We are as expendable to global corporations as the Barrier Reef or the great sequoias. These corporations and ruling elites, which have orchestrated the largest transference of wealth upward in human history, with globe’s richest 1 percent owning half the world’s wealth, kneel, and force us to kneel, before the dictates of the global marketplace. They have seized control of our governments, extinguishing democracy, corrupting law and building alliances with neofascists and authoritarians as the ruling ideology of neoliberalism is exposed as a con. They have constructed pervasive and sophisticated systems of internal security, wholesale surveillance and militarized police, along with criminalizing poverty, to crush dissent.

These corporate capitalists are the modern versions of the Canaanite priests who served the biblical idol Moloch, which demanded child sacrifice. And, as in this ancient Canaanite religion it is our children who are being sacrificed to these “mute idols,” as 1 Corinthians puts it. Their future is being taken from them. These corporate forces are, in biblical terms, forces of death. They will, unchecked, create more human misery and death than the evils of Nazism and Stalinism combined.

“Actually, I hardly feel constrained to try and make head or tail of this condition of the world,” Walter Benjamin wrote. “On this planet a great number of civilizations have perished in blood and horror. Naturally, one must wish for the planet that one day it will experience a civilization that has abandoned blood and horror; in fact, I am … inclined to assume that our planet is waiting for this. But it is terribly doubtful whether we can bring such a present to its hundred or four-hundred-millionth birthday party. And if we don’t, the planet will finally punish us, its unthoughtful well-wishers, by presenting us with the Last Judgment.”

Religious belief, to be relevant, must be grounded in this concrete and bitter human reality. It must name radical evil, not as an amorphous theological concept, but as Christ did when he named the evils of the rich, the Pharisees and the Roman Empire. It must eschew self-preservation, for only he who loses his life can save it, in the mortal struggle against the forces of death. It must speak in a negative, critical voice, like the Hebrew prophets, condemning the dominant corporate culture. The point of faith is not to give us hope. It is to name and defy the forces of death. Faith is not centered around the question “How is it with me?” This is part of the narcissism of the dominant culture. Faith does not reside in infantile fantasies about inevitable human progress or personal schemes for unachievable happiness. Faith defies magical thinking. It defies our cultural and historical amnesia. It is the counterweight to the conditioned helplessness peddled by mass culture, the flight from reality that ensures our capitulation and our immolation on the altar of Moloch. Faith, finally, is about the belief, as Daniel Berrigan once told me, that the good draws to it the good, even if all the empirical evidence around us says otherwise. We demand justice not because we will win, but because we must.

Corporate culture, like all cultures of death, makes war on love, truth, justice and beauty and numbs us to the questions about the search for meaning and the struggle to face our mortality. It spreads the dark viruses of hedonism, sexual sadism, greed, the cult of the self, the lust for power, hypermasculinity and the glorification of violence. It seeks to crush the transcendent. It lacks the capacity for empathy, awe and reverence. It is the enemy of the sacred. Nothing in life has an intrinsic value beyond a monetary value in this culture of death. All living entities are herded toward Moloch’s altar. The only ethical and religious response is to smash the idols and drive the high priests from Moloch’s temple.

“The nothingness into which the West is sliding is not the natural end, the dying, the sinking of a flourishing community of peoples,” Dietrich Bonhoeffer wrote in “Ethics.” “Instead, it is again a specifically Western nothingness: a nothingness that is rebellious, violent, anti-God, and antihuman. Breaking away from all that is established, it is the utmost manifestation of all the forces opposed to God. It is nothingness as God; no one knows its goal or its measure. Its rule is absolute. It is a creative nothingness that blows its anti-God breath into all that exists, creates the illusion of waking it to new life, and at the same time sucks out its true essence until it too disintegrates into an empty husk and is discarded. Life, history, family, people, language, faith—the list could go on forever because nothingness spares nothing—all fall victim to nothingness.”

Religion, as H. Richard Niebuhr wrote, is a good thing for good people and a bad thing for bad people. And religion as seen in the Christian right, which articulates and promotes white supremacy and Christian fascism, now rapidly filling Donald Trump’s ideological void, is anti-religious. The idol of a personal god, one that caters to and promotes the interests of those who profess homage to it, is the idolatry of Moloch. It is self-worship. It is heretical. And one of the most egregious failures of the liberal church has been its refusal to denounce these Christian heretics. The tacit toleration of these Christian heretics gave them religious legitimacy. You do not need to, as I did, spend three years at Harvard Divinity School to understand that Jesus did not come to make us rich, did not bless the white race above other races—Jesus, after all, was a person of color; it was the Romans who were white—or sanctify the American Empire’s dropping of iron fragmentation bombs for 18 years up and down the Middle East. This is the theology of the Antichrist, as we heard in the reading this morning from the Book of John. It speaks only to itself.

Those we battle as the society and the ecosystem disintegrate will increasingly appropriate the language of religion. They will seek to sanctify evil. These Christian fascists, like all idol worshippers, endow themselves with absolute power and authority. They claim to speak and act for God. They externalize evil. Evil, for them, is not the constant struggle to combat the dark forces within our own hearts but is embodied in the demonized other—Muslims, immigrants, blacks, feminists, artists, intellectuals or homosexuals—and once the other is eradicated, evil itself will somehow miraculously be eradicated; except of course it won’t, and these Manicheans will, in frustration, oppress and kill new groups of demonized human beings with an even greater fury. These beliefs, common to all fundamentalists, who can come in secular form as we see with the New Atheists, are the ideological cover for an emerging dystopia.

We will endure only by inverting the world’s values. To resist radical evil saves us, as Søren Kierkegaard wrote, from slipping into that “loathsome void,” that “torment of despair.” Hope comes by way of defeat. When we pit ourselves against the culture of death—and this means performing acts of civil disobedience and noncompliance, it means becoming an outlaw in the eyes of the corporate state—then suffering, and even death, does not have the last word.

This article was originally published at  and is reproduced here [with/without] the permission of the author, who is not affiliated with this website or its views.

7 Responses to Confronting the Culture of Death