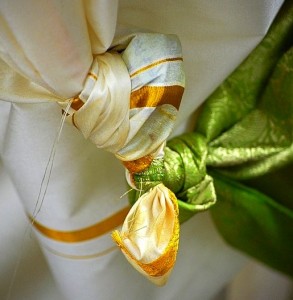 By Erich Fromm, from The Art of Loving.

Is love an art? Then it requires knowledge and effort. Or is love a pleasant sensation, which to experience is a matter of chance, something one “falls into” if one is lucky? This little book is based on the former premise, while undoubtedly the majority of people today believe in the latter.

Not that people think that love is not important. They are starved for it; they watch endless numbers of films about happy and unhappy love stories, they listen to hundreds of trashy songs about love—yet hardly anyone thinks that there is anything that needs to be learned about love.

This peculiar attitude is based on several premises which either singly or combined tend to uphold it. Most people see the problem of love primarily as that of being loved, rather than that of loving, of one’s capacity to love. Hence the problem to them is how to be loved, how to be lovable. In pursuit of this aim, they follow several paths. One, which is especially used by men, is to be successful, to be as powerful and rich as the social margin of one’s position permits. Another, used especially by women, is to make oneself attractive, by cultivating one’s body, dress, etc. Other ways of making oneself attractive, used both by men and women, are to develop pleasant manners, interesting conversation, to be helpful, modest, inoffensive. Many of the ways to make oneself lovable are the same as those used to make oneself successful, “to win friends and influence people.” As a matter of fact, what most people in our culture mean by being lovable is essentially a mixture between being popular and having sex appeal.

A second premise behind the attitude that there is nothing to be learned about love is the assumption that the problem of love is the problem of an object not the problem of a faculty. People think that to love is simple, but that to find the right object to love—or to be loved by—is difficult. This attitude has several reasons rooted in the development of modern society. One reason is the great change which occurred in the twentieth century with respect to the choice of a “love object.” In the Victorian age, as in many traditional cultures, love was mostly not a spontaneous personal experience which then might lead to marriage, On the contrary, marriage was contracted by convention—either by the respective families, or by a marriage broker, or without the help of such intermediaries; it was concluded on the basis of social considerations, and love was supposed to develop once the marriage had been concluded. In the last few generations, the concept of romantic love has become almost universal in the Western world. In the United States, while considerations of a conventional nature are not entirely absent, to a vast extent people are in search of “romantic love,” of the personal experience of love which then should lead to marriage. This new concept of freedom in love must have greatly enhanced the importance of the object as against the importance of the function.

Closely related to this factor is another feature characteristic of contemporary culture. Our whole culture is based on the appetite for buying, on the idea of a mutually favorable exchange. Modern man’s happiness consists in the thrill of looking at the shop windows, and in buying all that he can afford to buy, either for cash or in installments. He (or she) looks at people in a similar way. For the man an attractive girl—and for the woman, an attractive man—are the prizes they are after. “Attractive” usually means a nice package of qualities which are popular and sought after on the personality market. What specifically makes a person attractive depends on the fashion of the time, physically as well as mentally. During the twenties, a drinking and smoking girl, tough and sexy, was attractive; today (1956) the fashion demands more domesticity and coyness. At the end of the nineteenth and the beginning of this century, a man had to be aggressive and ambitious—today he has to be social and tolerant— in order to be an attractive “package.” At any rate, the sense of falling in love develops usually only with regard to such human commodities as are within reach of one’s own possibilities for exchange. I am out for a bargain; the object should be desirable from the standpoint of its social value, and at the same time should want me, considering my overt and hidden assets and potentialities. Two persons thus fall in love when they feel they have found the best object available on the market, considering the limitations of their own exchange values. Often, as in buying real estate, the hidden potentialities which can be developed play a considerable role in this bargain. In a culture in which the marketing orientation prevails, and in which material success is the outstanding value, there is little reason to be surprised that human love relations follow the same pattern of exchange which governs the commodity and the labor market.

The third error leading to the assumption that there is nothing to be learned about love lies in the confusion between the initial experience of “falling” in love, and the permanent state of being in love, or as we might better say, of “standing” in love. If two people who have been strangers, as all of us are, suddenly let the wall between them break down, and feel close, feel one, this moment of oneness is one of the most exhilarating, most exciting experiences in life. It is all the more wonderful and miraculous for persons who have been shut off, isolated, without love. This miracle of sudden intimacy is often facilitated if it is combined with, or initiated by, sexual attraction and consummation. However, this type of love is by its very nature not lasting. The two persons become well acquainted, their intimacy loses more and more its miraculous character, until their antagonism, their disappointments, their mutual boredom kill whatever is left of the initial excitement. Yet, in the beginning, they do not know all this: in fact, they take the intensity of the infatuation, this being “crazy” about each other, for proof of the intensity of their love, while it may only prove the degree of their preceding loneliness.

This attitude—that nothing is easier than to love—has continued to be the prevalent idea of love in spite of the overwhelming evidence to the contrary. There is hardly any activity, any enterprise, which is started with such tremendous hopes and expectations, and yet, which fails so regularly, as love. If this were the case with any other activity, people would be eager to know the reasons for the failure, and to learn how one could do better—or they would give up the activity. Since the latter is impossible in the case of love, there seems to be only one adequate way to overcome the failure of love—to examine the reasons for this failure, and to proceed to study the meaning of love. The first step to take is to become aware that love is an art, just as living is an art; if we want to learn how to love we must proceed in the same way we have to proceed if we want to learn any other art, say music, painting, carpentry, or the art of medicine or engineering.

What are the necessary steps in learning any art?

The process of learning an art can be divided conveniently into two parts: one, the mastery of the theory; the other, the mastery of the practice. If I want to learn the art of medicine, I must first know the facts about the human body, and about various diseases. When I have all this theoretical knowledge, I am by no means competent in the art of medicine. I shall become a master in this art only after a great deal of practice until eventually the results of my theoretical knowledge and the results of my practice are blended into one—my intuition, the essence of the mastery of any art. But, aside from learning the theory and practice, there is a third factor necessary to becoming a master in any art—the mastery of the art must be a matter of ultimate concern; there must be nothing else in the world more important than the art. This holds true for music, for medicine, for carpentry—and for love. And, maybe, here lies the answer to the question of why people in our culture try so rarely to learn this art, in spite of their obvious failures: in spite of the deep-seated craving for love, almost everything else is considered to be more important than love: success, prestige, money, power—almost all our energy is used for the learning of how to achieve these aims, and almost none to learn the art of loving.

Could it be that only those things are considered worthy of being learned with which one can earn money or prestige, and that love, which “only” profits the soul, but is profitless in the modern sense, is a luxury we have no right to spend much energy on? However this may be, the following discussion will treat the art of loving in the sense of the foregoing divisions: first I shall discuss the theory of love—and this will comprise the greater part of the book; and secondly I shall discuss the practice of love—little as can be said about practice in this, as in any other field.

5 Responses to Must We Learn to Love?