Sri Gauranga-avatara has twofold characteristics: the apparent reason for his advent is to deliver the people in general from sin, and to give them the highest attainment of life—to take them towards Vrindavan, vraja-lila, by giving the holy name of Krishna. This is actually the function of the yuga-avatara, the incarnation of Godhead for the age. The Lord comes to distribute divine sound and to show how one can reach the highest position through divine sound. Still, he had another purpose to fulfill. Once in Brahma’s day—in a special Kali-yuga—Krishna himself comes in the mood of Radharani to search himself. He wants to taste the mood of Radharani, to understand the nature of her inner hankering for Krishna, how she can taste the sweetness of Krishna by her mood, and what is the joy she derives.

Krishna wanted to have some experience of why Radharani is so mad for him. He thought, “What is there in me that makes her so immeasurably mad for me? What sweetness can she draw from me? I can’t ascertain it.” He wanted to mold himself in the mood of Sri Radhika and try to taste his own self from that temperament. So He came as Sri Caitanya.

When He conceived of such an incarnation and proposed his idea to Srimati Radharani, we are told that Radharani, on her part, said, “Sometimes you will madly roll on the earth, taking my name, but I won’t be able to tolerate it. I shall cover your body with my golden form. I won’t allow you to roll on the earth. I shall cover you with my embrace.” So it is said by those who know the ontological aspect of Sri Caitanyadeva, “I offer my respects to Sri Caitanya Mahaprabhu, whose mood and color is Radharani’s and whose inner self is Krishna searching for himself, tasting himself, and trying to understand why Radharani is mad to taste him and what sort of sweetness she finds in him (radha bhava dyuti suualitam naumi krsna svarupam).

Sri Caitanya Mahaprabhu remained in this world for forty-eight years. In the last twelve years of his life. He engaged himself with deep attention in tasting himself. Just as everyone is mad to taste sweetness, Krishna, sweetness personified, is also mad to taste himself.

Introspection means to know oneself. Consciousness can know consciousness. And just as one can feel his own body, or consciousness can conceive of itself, ecstasy can also taste ecstasy. This is confirmed by Svarupa Damodara Prabhu, Sri Caitanya Mahaprabhu’s personal secretary, who is considered to be Lalita-sakhi, the nearest friend of Srimati Radharani in the pastimes of Krishna. He has said what Sri Caitanyadeva is:

I worship Sri Caitanya Mahaprabhu, who is Krishna Himself, enriched with the emotions and radiance of Srimati Radharani. As the predominating and predominated moieties, Radha and Krishna are eternally one, with separate individual identities. Now they have again united as Sri Krishna Caitanya. This inconceivable transformation of the Lord’s internal pleasure-giving potency has arisen from the loving affairs of Radha and Krishna. 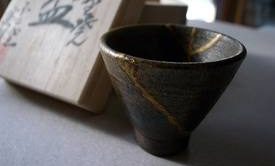 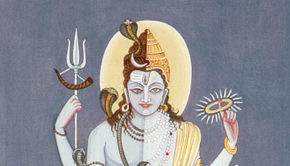 Are Shiva and Vishnu One or Different? →

One Response to Sri Gaura Purnima