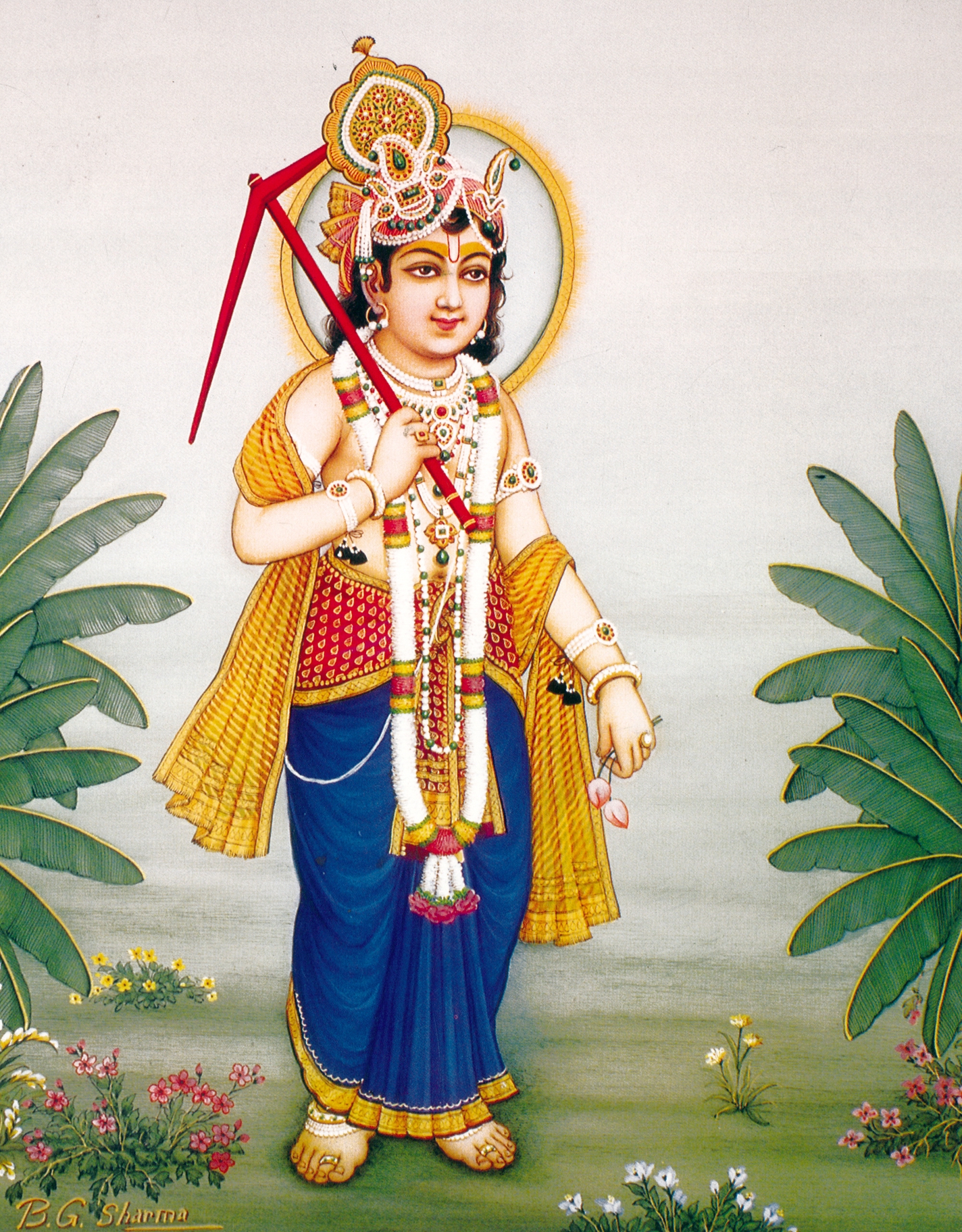 Q & A with Swami B.V. Tripurari

A. Balarama does not participate in the sarad purnima rasa lila of Radha-Krishna. His rasa dance takes place with his own gopis, at Rama ghat in the spring. Our sampradaya does not speak of his gopi lila in any depth, but prefers to depict him in light of his devotion to Krishna as guru (elder), friend, and servant, kabhu guru, kabhu sakha, kabhu bhrtya-lila. Indeed, it emphasizes his respectful encounter with Krishna’s gopis when he visited Vrindavana on Krishna’s behalf—rama-sandarsanadrtah—more than his dancing with his own gopis.

In Balarama’s encounter with Krishna’s gopis, it is stated, sankarsanas tah krishnasya sandesair hrdayam-gamaih: Sankarsana delivered a message that was confidential. He spoke to the hearts of Krishna’s gopis. Why is Balarama called Sankarsana in this verse? Because sankarsana means to draw together and here Sankarsana was drawing Krishna and the gopis together. Even though Krishna was in Dvaraka, Balarama’s confidential talks with Krishna’s gopis made Krishna fully manifest in the hearts and minds of the gopis. In this exchange, Balarama has the mood of a servitor of Krishna. He is fully representing Krishna with no desire to enjoy Radha’s group for himself in any way.

For the most part, when the Bhagavata speaks of Balarama’s affairs with his own gopis it does so covertly, as we find in 10.15.8 where Krishna says, gopyo ‘ntarena bhujayor. In this phrase, Krishna speaks overtly of Balarama embracing forest vines and covertly of his future lila in which he embraces his own gopis, as this phrase can be read to indicate that Balarama embraces either creepers or milkmaids.

As for his principal consort, from Bhagavatam we know of Revati in Balarama’s Dvaraka lila. From the literature of the six Goswamis of Vrindavana we also know that he manifests as sakti-tattva in the form of Ananga manjari, the younger sister of Radha. It is only in this form that he directly participates in Radha and Krishna’s romantic affairs.