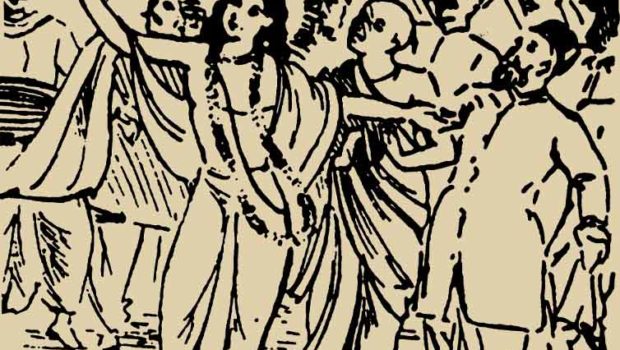 Srila Bhakti Raksaka Sridhara Deva-Goswami explains the importance of honor and tolerance within the Vaisnava community.

Student: Srila Prabhupada (Srila Bhaktivedanta Swami Maharaja) said that among Vaishnavas, there may be some difference of opinion because of everyone’s personal identity, but despite all personal differences, the cult of Krishna consciousness must go on.

Srila Sridhara Goswami: That is good, but there may be gradation. All may not preach from the same rank, the same plane. Some from a little superior plane, and some from a little inferior plane, are working to spread Krishna consciousness. So, all are justified, but all are not of equal level. It should be conceived in this way.

Student: Srila Prabhupada also said that there are many disciples, but to judge who is actually a disciple, to divide the useful from the useless, one must measure the activity of such disciples in executing the will of their spiritual master.  But now in our society, the godbrothers, initiating or non-initiating, have different ideas about how to execute Prabhupada’s orders. In Bhakti-rasamrta-sindhu, Srila Rupa Goswami mentions the general principle of accepting an acarya, but he does not choose to mention the details because they may vary from one to another, and Srila Prabhupada mentions that Srila Rupa Goswami doesn’t go into the details because there may be differences from one acarya and the other. He doesn’t choose to mention the details, but rather mentions the general principle that one must accept an acarya.

Student: Srila Prabhupada also mentions that a disciple must execute the order of the spiritual master but not offend other Vaishnavas.

Srila Sridhara Goswami: As much as possible, but sometimes also an elder brother may punish a younger brother. Good sense, however, must be there: sincerity. Because he wants good for the junior, he may chastise a younger brother, “Don’t do that. Do it in this way.” There should be room for that. If he is well meaning, then there is no harm if he punishes a junior. Na hi kalyana-krt kascid durgatim tata gacchati (Bg 6.40). That is rather a form of affection. Punishment is also a form of affection. In vatsalya-rasa, it is used loosely, even Krishna is not exempted. Ha ha.

Student: But sometimes in our society the younger brothers want to chastise the older brothers. Knowing that there is variety and that there may be differences in ways of preaching, we have to accept these things. But in a practical sense, how do we remain unified with such differences? That has become a problem: to allow for difference and at the same time remain unified.

Srila Sridhara Goswami: The spirit of tolerance should be spread amongst us. If we want to work in a group—engage in sankirtana—then this sort of qualification is essential and inevitable: trnad api sunicena, taror api sahisnuna, amanina manadena (being more humble than a blade of grass, more tolerant than a tree, free from desire for honor, and inclined to give honor to others). These characteristics should be maintained and given more attention if we want to work in a group. We must be humble and tolerant, otherwise we cannot take up any big work in a combined way. Amani and manada: we must give honor and not desire it for ourselves. These four qualifications are necessary if we want to go on with sankirtana: samyak kirtana (complete kirtana)What is sankirtana?

This is Srila Jiva Goswami’s explanation:

Kirtana in which many are combined together is sankirtana.

If you want to go on in that process, then these qualifications should be encouraged within the organization. The practices of humility and tolerance, the tendency to give honor to others, and not seeking honor for oneself. Especially pratistha, the hitch is there: in fame and maintaining one’s own position. By attempting to maintain our own position, we cannot keep our position. This principle should be taught within the organization. By seeking position, we will not attain position. But sometimes by not seeking and rather giving position to others, we can get a position. So, amani and manada:  giving honor to others and not desiring it for oneself. The hitch, the main hitch, is there. First humility, then tolerance, then giving position to others, and then not wanting position for oneself. With these qualities, we can go on together. This must be given more stress.

If you want to chant the Name, then first, with great care, become qualified.

If you really want to grow the sankirtan, then these four qualifications are indispensably necessary for everyone.

Give up your false ego, and always consider yourself lower than grass, needy, poor, and mean.

Practice tolerance like a tree, leave aside revenge, and nurture others.

Do not trouble others for your own upkeep. Forget your own happiness in the course of helping others.

Even if you are honorable and qualified with all qualities, give up desire for prestige and remain prideless at heart.

“Knowing Krishna is eternally present within every soul, always respectfully honor everyone.”

“Humility, compassion, honoring others, and giving up prestige—become qualified with these four qualities and engage in kirtana.”

Crying at the feet of the Lord, Bhaktivinoda says, ‘O Lord! When will You give me these qualifications?

This attitude should be preached, and in this way we should create a favorable atmosphere so we can go on with sankirtana. With many combined in one campaign, we can move on.