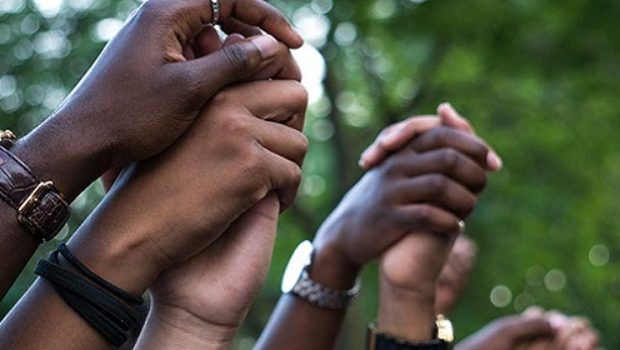 By Ronald Purser, originally published at The Guardian.

Mindfulness has gone mainstream, with celebrity endorsement from Oprah Winfrey and Goldie Hawn. Meditation coaches, monks, and neuroscientists went to Davos to impart the finer points to CEOs attending the World Economic Forum. The founders of the mindfulness movement have grown evangelical. Prophesying that its hybrid of science and meditative discipline “has the potential to ignite a universal or global renaissance”, the inventor of Mindfulness-Based Stress Reduction (MBSR), Jon Kabat-Zinn, has bigger ambitions than conquering stress. Mindfulness, he proclaims, “may actually be the only promise the species and the planet have for making it through the next couple of hundred years”.

So, what exactly is this magic panacea? In 2014, Time magazine put a youthful blonde woman on its cover, blissing out above the words: “The Mindful Revolution.” The accompanying feature described a signature scene from the standardized course teaching MBSR: eating a raisin very slowly. “The ability to focus for a few minutes on a single raisin isn’t silly if the skills it requires are the keys to surviving and succeeding in the 21st century,” the author explained.

But anything that offers success in our unjust society without trying to change it is not revolutionary – it just helps people cope. In fact, it could also be making things worse. Instead of encouraging radical action, mindfulness says the causes of suffering are disproportionately inside us, not in the political and economic frameworks that shape how we live. And yet mindfulness zealots believe that paying closer attention to the present moment without passing judgment has the revolutionary power to transform the whole world. It’s magical thinking on steroids.

There are certainly worthy dimensions to mindfulness practice. Tuning out mental rumination does help reduce stress, as well as chronic anxiety and many other maladies. Becoming more aware of automatic reactions can make people calmer and potentially kinder. Most of the promoters of mindfulness are nice, and having personally met many of them, including the leaders of the movement, I have no doubt that their hearts are in the right place. But that isn’t the issue here. The problem is the product they’re selling, and how it’s been packaged. Mindfulness is nothing more than basic concentration training. Although derived from Buddhism, it’s been stripped of the teachings on ethics that accompanied it, as well as the liberating aim of dissolving attachment to a false sense of self while enacting compassion for all other beings.

What remains is a tool of self-discipline, disguised as self-help. Instead of setting practitioners free, it helps them adjust to the very conditions that caused their problems. A truly revolutionary movement would seek to overturn this dysfunctional system, but mindfulness only serves to reinforce its destructive logic. The neoliberal order has imposed itself by stealth in the past few decades, widening inequality in pursuit of corporate wealth. People are expected to adapt to what this model demands of them. Stress has been pathologised and privatised, and the burden of managing it outsourced to individuals. Hence the pedlars of mindfulness step in to save the day.

But none of this means that mindfulness ought to be banned, or that anyone who finds it useful is deluded. Reducing suffering is a noble aim and it should be encouraged. But to do this effectively, teachers of mindfulness need to acknowledge that personal stress also has societal causes. By failing to address collective suffering, and systemic change that might remove it, they rob mindfulness of its real revolutionary potential, reducing it to something banal that keeps people focused on themselves.

The fundamental message of the mindfulness movement is that the underlying cause of dissatisfaction and distress is in our heads. By failing to pay attention to what actually happens in each moment, we get lost in regrets about the past and fears for the future, which make us unhappy. Kabat-Zinn, who is often labeled the father of modern mindfulness, calls this a “thinking disease”. Learning to focus turns down the volume on circular thought, so Kabat-Zinn’s diagnosis is that our “entire society is suffering from attention deficit disorder – big time”. Other sources of cultural malaise are not discussed. The only mention of the word “capitalist” in Kabat-Zinn’s book Coming to Our Senses: Healing Ourselves and the World Through Mindfulness occurs in an anecdote about a stressed investor who says: “We all suffer a kind of ADD.”

Mindfulness advocates, perhaps unwittingly, are providing support for the status quo. Rather than discussing how attention is monetised and manipulated by corporations such as Google, Facebook, Twitter and Apple, they locate the crisis in our minds. It is not the nature of the capitalist system that is inherently problematic; rather, it is the failure of individuals to be mindful and resilient in a precarious and uncertain economy. Then they sell us solutions that make us contented, mindful capitalists.

By practising mindfulness, individual freedom is supposedly found within “pure awareness”, undistracted by external corrupting influences. All we need to do is close our eyes and watch our breath. And that’s the crux of the supposed revolution: the world is slowly changed, one mindful individual at a time. This political philosophy is oddly reminiscent of George W Bush’s “compassionate conservatism”. With the retreat to the private sphere, mindfulness becomes a religion of the self. The idea of a public sphere is being eroded, and any trickledown effect of compassion is by chance. As a result, notes the political theorist Wendy Brown, “the body politic ceases to be a body, but is, rather, a group of individual entrepreneurs and consumers”.

Mindfulness, like positive psychology and the broader happiness industry, has depoliticized stress. If we are unhappy about being unemployed, losing our health insurance, and seeing our children incur massive debt through college loans, it is our responsibility to learn to be more mindful. Kabat-Zinn assures us that “happiness is an inside job” that simply requires us to attend to the present moment mindfully and purposely without judgment. Another vocal promoter of meditative practice, the neuroscientist Richard Davidson, contends that “wellbeing is a skill” that can be trained, like working out one’s biceps at the gym. The so-called mindfulness revolution meekly accepts the dictates of the marketplace. Guided by a therapeutic ethos aimed at enhancing the mental and emotional resilience of individuals, it endorses neoliberal assumptions that everyone is free to choose their responses, manage negative emotions, and “flourish” through various modes of self-care. Framing what they offer in this way, most teachers of mindfulness rule out a curriculum that critically engages with causes of suffering in the structures of power and economic systems of capitalist society.

This article was originally published at The Guardian and is partially reproduced here without the permission of the author, who is not affiliated with this website or its views.

One Response to The Mindfulness Conspiracy