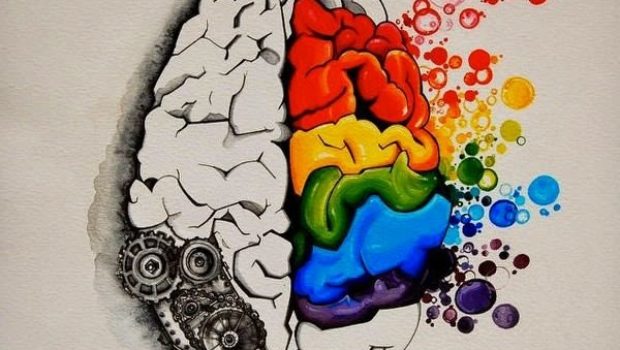 Why I am Not a Physicalist

By Peter Sjöstedt-H, PhD, originally published at The Side View.

It is often expected that a position be defined before it be rejected. In the case of physicalism, however, a reason for rejecting the position is the fact that it cannot be properly defined. This ambiguity in the meaning of “physicalism” is brought out through what is known as Hempel’s Dilemma, named after its formulation by philosopher Carl G. Hempel, though it was in fact formulated earlier by Herbert Feigl. The dilemma: it seems that the meaning of physicalism can be grasped through either of two horns. The first horn is exclusive belief in the phenomena of current physics, such as matter-energy, space-time, the fundamental interactions, and so on. The problem herewith is that such a belief is highly unlikely to be true. This is in part because we can witness the constant change of physics through history, realizing that our current state of understanding is but a moment within this history and thus, by pessimistic induction, we realize that physics is likely to continue changing. Secondly, as is well known, the current state of physics cannot be final due, in particular, to the inconsistency between general relativity and quantum mechanics. Thirdly, as will be seen below, the role of the mind in current physics is undetermined.

Thus a self-proclaimed physicalist might therefore instead embrace the second horn of the dilemma: belief in the phenomena of a future, ideal physics. Yet there are two chief problems with this alternative. Firstly, how could one believe in physicalism if one did not know what that was? One may almost as well profess one’s adamant belief in drallewertism. Secondly, it may turn out that a future physics would include mentality amongst its fundamental elements. But because physicalism, as material monism, is as such opposed to dualism (one where mind and matter are equally fundamental), such a possibility would seem to contradict the current understanding of physicalism. As a result of this implication, many self-proclaimed physicalists add a “no-fundamental-mentality” condition to the meaning of physicalism to preclude such a possibility. However, one cannot determine the future direction of physics, thus physicalism, by advancing ad hoc exclusionary clauses to suit one’s current preferences. It may well be that a future physics will be contrary to “physicalism,” as understood in such current exclusionary terms.

Where does Hempel’s Dilemma leave us?

It seems one cannot accept physicalism according to the first horn, nor can one accept it according to the second. This disposes us to a current position of agnosticism towards physicalism: it is not rational to place one’s belief in a position that is either wrong or unknown.

Current physical properties cannot describe nor explain mentality, therefore reality must be more than that which such physicalism presents. I cannot describe mental states such as hunger, despair, pain, or curiosity using physical properties alone—it would be an unintelligible category mistake to describe my hunger as comprised of a certain mass, gravity, volume, charge, and shape. But can I not say that my mental states are identical to their physical correlates, and thus describe them using such physicalist terms?

As a result, physicalists have reconceptualized the mind-matter relation as one of emergence: that the mind emerges from certain brain activity. The two main problems associated with this approach are, firstly, that the specific nature of such an emergence is unknown: there are no known “bridge-laws” (or, no “transordinal nomology”) between the physical and the mental (they are certainly not known laws of physics). That the movement of matter can manifest mentality is the magical miracle that makes materialism a sect not a science. Secondly, it is unknown how the mentality that emerges from matter could in its turn have any power upon that matter—as most emergentists would demand so to avoid epiphenomenalism (the view that mentality is a useless aftereffect of cerebral machinations).

Of course one could bite the bullet and accept epiphenomenalism, but this arguably presents more problems than it solves. Furthermore, certain other physicalists are loathe to even call emergentism a type of physicalism because it seems ultimately to assert the emergence of a mental substance into the physical realm. An extreme, yet minor, response from physicalists is to deny the existence of mentality altogether. But this position soon implodes, for reasons such as believing that there are no beliefs with the satisfaction that there are no satisfactions.

Most thinkers accept the reality of both of the physical and mental correlates of consciousness, but the relation between the two is not, then, explained in physicalist terms. Even a completed mapping of the neural correlates of consciousness would not solve the question as to the nature of the correlation—the correlation presents the question not the answer. Thus we have little reason to accept a physicalism that cannot account for the most pressing aspect of our realities: consciousness. As even Ivan Pavlov acknowledged, “only one thing in life is of actual interest for us—our psychical experience.” Again, this does not in itself mean that we should thereby endorse any particular non-physicalist ideology, such as dualism or idealism. Rather, this simply means that it is more plausible to reject physicalism, leaving one as an ontic agnostic, knowingly unknowing.

This article was originally published at The Side View, and is partially reproduced here without the permission of the author, who is not affiliated with this website or its views.