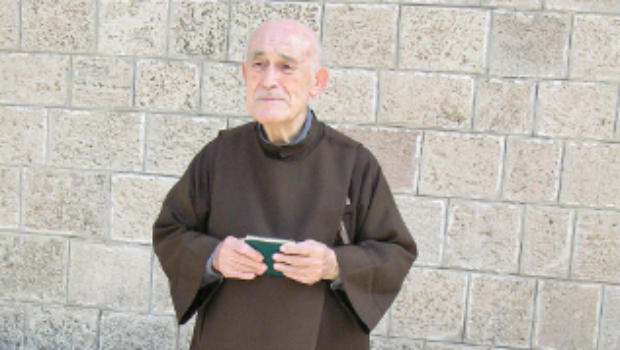 Why We Need Monks

Religious communities serve as icons of the Christian life. Today more than ever, we need their witness of poverty, chastity, and obedience to counteract our contemporary excesses.

“Fathers and teachers, what is a monk?” asks the Elder Zosima in The Brothers Karamazov. “In the enlightened world of today,” he says, referring to Dostoyevsky’s Russia, “this word is uttered in mockery by some, and by others even as a term of abuse. And it gets worse and worse.”

Though monasticism is suffering at our own historical moment as well, Zosima’s grim exposition is dated in a key respect. In contemporary America, “monk” is no longer a term of abuse but of medieval lore. At best, our current cultural imagination allows us to envision hooded old priests and ruler-wielding nuns. Mockery has been replaced by mythology, and the monk has become a thing of the past. Russian peasantry and gentry, though contemptuous of monasticism, could not ignore it. The modern layman, even despite his best efforts, may find it hard to pay attention.

Because consecrated religious stand in opposition to so many of the modern world’s common conceits, their existence is almost utterly inconceivable to us. This unintelligibility is, in part, a tragic effect of the major loss of religious life over the past half-century. And this countercultural witness is precisely why we need a renewed monasticism today.

However, though the quantity of consecrated faithful has recently diminished, they have never completely disappeared. From the time of Christ onwards, Christians in great numbers have given up real earthly treasures so as to remove possible distractions as they pursue final treasures. Money, sex, choice—these are all goods, but they are the kind of goods that often become gods. And as the number of vowed religious has dropped precipitously over the last several decades, the cities governed by these gods have opened their gates to floods of immigrants.

The religious who stood as practiced foils against the seduction of relativism, hedonism, and moralistic therapeutic Deism have themselves been weakened by the sickness of confusion. Though they still stand, they stand diminished in number, harder to pick out in the heat of the fray. As twentieth-century theologians emphasized a ressourcement to guide and direct aggiornamento, now more than ever we need a return to the sources for models of intentionally organized Christian communities, in order to confront today’s particular challenges. What we have dismissed may save us yet. After all, the stone that the builders rejected became the cornerstone.

Scriptural sources themselves declare the great good of the religious state of life—the life dedicated to the evangelical counsels of poverty, chastity, and obedience. (Here and throughout, ‘chastity’ refers to the religious vow of chastity, which entails celibacy). In Acts 4, St. Luke gives a paradigmatic example of poverty and obedience and communal life:

Now the company of those who believed were of one heart and soul, and no one said that any of the things which he possessed was his own, but they had everything in common. … There was not a needy person among them, for as many as were possessors of lands or houses sold them, and brought the proceeds of what was sold and laid it at the apostles’ feet; and distribution was made to each as any had need.

This early Christian community obeyed Peter and the apostles, shared wealth, prayed often, and worked for the common good. Obedience and poverty went hand in hand.

For the third evangelical counsel, we can look to what St. Paul says in 1 Corinthians 7: “It is well for a man not to touch a woman. … I wish that all were as I myself am [, namely celibate]. … To the unmarried and the widows I say that it is well for them to remain single as I do. But if they cannot exercise self-control, they should marry.” How to read Paul’s encouragement here is controversial. Marriage is a good and is sometimes prudently undertaken—that is clear. But it is also clear that the celibate life is a great good, and this is a lesson we Christians have almost universally distorted these days. Many strands of Protestantism have risked forgetting St. Paul’s endorsement of celibacy altogether, but plenty of Catholics have confused things lately as well, misrepresenting discerning a religious vocation as listening for an extraordinary mystical voice resounding in our heart of hearts, or some such nebulous thing.

St. Thomas Aquinas knew better. The Angelic Doctor observed that the call to celibacy, like the call to poverty and obedience, was offered universally and promised what was, in itself, a better state of life. Abstracted from the individual and applied to the brokenness of our disorderly passions, the three evangelical counsels provide the most direct path towards sanctity. They take as their aim an absolute dedication to a supernatural reality by removing created distractions. Marriage is a great natural good, inscribed in Creation, elevated to the status of a Sacrament by Christ, and a beautiful facet of the life of the Church on earth; nevertheless, marriage cannot be said to be as perfect in itself as are the evangelical counsels.

Poverty, chastity, and obedience speak of things beyond themselves. They are means to the end of holiness, to the perfect love of God. As pieces of individual advice, they contribute to a number of good causes, not least the sanctification of the individual. Yet when embraced in an institutional form in religious communities, the counsels play a more universal role, for the consecrated religious serve as icons for all Christians. As depictions of God and the Saints serve to focus both body and soul in prayerful attention, so too do religious communities and vowed individuals guide the corporal body, the Church, towards a singular devotion to Christ.

When the number of consecrated religious declines so severely, the laity loses these benefits of their widespread practical witness. Today we can see the specific areas of corporal (in secular terms, cultural) loss, which have occurred with our loss of familiarity with religious life.

Mindless spending, meaningless sex, and choices that consult only one’s emotive state—this is the stuff of today. Of course, these temptations are also the stuff of yesterday. The world, the flesh, and the devil have always been with us, in one way or another. Yet in the contemporary world, they have taken on particularly pernicious and accepted forms. Each of these forms of vice has as a corrective, however, in one of the evangelical counsels. Let’s take the three in turn.

Chastity contra the flesh: We also see the continued co-opting of the language of health and normalcy to describe acts previously considered immoral. Masturbation is now called a “healthy” sex act, celibacy a sign of repression—as though hedonism was heroism and the perfect end of human existence. This skewed conception of sex leads to the contemporary problem of the sexualization of all human relationships (and the Church is clearly culpable in some respects), which can only be undermined by a Puddleglum-like reassertion and practice of the good of friendship. Monastic communities, in their very nature and organization, speak to the real possibility of sexual self-control and of healthy, celibate fraternities.

Obedience contra the pride of life: A third predominant vice is the ascendancy of a teleology of absolute autonomy, which posits choice itself as the supreme measure of things. Too often it is tempting, especially as young people working out our way in the world, to maintain many possibilities for one’s life course without making anything concrete. Having choices is our highest concern, so we attempt to retain a buffet of options as if that was the final goal. But it’s what ends up on the plate that matters. Obedience to a monastic rule and an abbot or abbess exposes the emptiness of a content-less choice.

As mentioned above, it is obvious that these temptations have always been with us, even if the prevalence and assumed acceptability of their current forms has little historical precedence. So the early Christians, following Christ, were wise to establish specific states of life that, in their very organization and structure, sought to firmly reject the ever-recurring temptations of our Fallen world. To combat mammon—the vow of poverty; lust and self-creation in sex—the vow of celibacy; illusions of self-determination—the vow of obedience.

Necessary to any discussion of the religious life is a brief aside regarding stability, which is, for a number of religious communities, a fourth vow. I am of the mind that we currently need examples of stability in the form of vibrant monasteries (and similarly vibrant and localized lay communities). However, I recognize that it can be too easy to posit community itself as a highest good. Stable community certainly encourages many virtues, but stable community does not a paradise make. Still, against the backdrop of a widespread rootlessness, which at least in America speaks of a materially profligate and environmentally irresponsible ethos, examples of commitment through time to a single community and place would attract the unsettled and offer a new horizon of responsible citizenship.

While each of the three counsels contradicts and corrects a powerful vice (and stability checks the exploitive drive so often at the root of the wandering American), it is the unity of the vows’ purpose that is key. These are counsels after all, not precepts. They prepare us for the singular love of God but are neither necessary nor sufficient in themselves for that perfection. However, in their communal form, they aim at the only end that ultimately matters and take on what Bishop Emeritus of Rome Benedict XVI calls an “eschatological orientation.” In our current cultural climate, we particularly need the reassertion of this ultimate aim. Christian marriages, often so wonderful and fruitful, do not by their social form challenge the privatization of religion or assertions of moral relativity. But religious life, in all its variety, asserts univocally in the very mode of its existence that there is a highest good, without which we will forever remain restless and at war with others and ourselves.

Monasticism looks insane to anyone committed to a material rendition of rational choice theory, but as St. Paul writes, “The message of the cross is foolishness to those who are perishing, but to us who are being saved it is the power of God.” Religious life reminds us that any discussion of balance makes sense only when there is an explicit pivot point. And it teaches us that, in order to be perfect, we cannot divide and conquer—we have to throw all our eggs in one basket and hope they hatch on Easter. This is a lesson that the laity and the world at large have wavered on and need to relearn. It is a lesson that consecrated religious are uniquely qualified to teach.