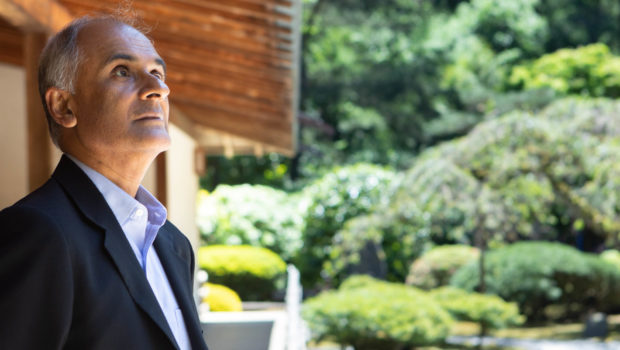 The Joy of Less

By Pico Iyer, originally published in The New York Times.

When I was 29, I began to guess that happiness lies less in our circumstances than in what we make of them, in every sense. “There is nothing either good or bad,” I had heard in high school, from Hamlet, “but thinking makes it so.” I had been lucky enough at that point to stumble into the life I might have dreamed of as a boy: a great job writing on world affairs for Time magazine, an apartment (officially at least) on Park Avenue, enough time and money to take vacations in Burma, Morocco, El Salvador. But every time I went to one of those places, I noticed that the people I met there, mired in difficulty and often warfare, seemed to have more energy and even optimism than the friends I’d grown up with in privileged, peaceful Santa Barbara, Calif., many of whom were on their fourth marriages and seeing a therapist every day. Though I knew that poverty certainly didn’t buy happiness, I wasn’t convinced that money did either.

So — as post-1960s cliché decreed — I left my comfortable job and life to live for a year in a temple on the backstreets of Kyoto. My high-minded year lasted all of a week, by which time I’d noticed that the depthless contemplation of the moon and composition of haiku I’d imagined from afar was really more a matter of cleaning, sweeping and then cleaning some more. But today, more than 21 years later, I still live in the vicinity of Kyoto, in a two-room apartment that makes my old monastic cell look almost luxurious by comparison. I have no bicycle, no car, no television I can understand, no media — and the days seem to stretch into eternities, and I can’t think of a single thing I lack.

I’m no Buddhist monk, and I can’t say I’m in love with renunciation in itself, or traveling an hour or more to print out an article I’ve written, or missing out on the N.B.A. Finals. But at some point, I decided that for me at least, happiness arose out of all I didn’t want or need, not all I did. And it seemed quite useful to take a clear, hard look at what really led to peace of mind or absorption (the closest I’ve come to understanding happiness). Not having a car gives me volumes not to think or worry about, and makes walks around the neighborhood a daily adventure. Lacking a cell phone and high-speed Internet, I have time to play ping-pong every evening, to write long letters to old friends and to go shopping for my sweetheart (or to track down old baubles for two kids who are now out in the world).

When the phone does ring — once a week — I’m thrilled, as I never was when the phone rang in my overcrowded office in Rockefeller Center. And when I return to the United States every three months or so and pick up a newspaper, I find I haven’t missed much at all. While I’ve been rereading P.G. Wodehouse, or “Walden,” the crazily accelerating roller-coaster of the 24/7 news cycle has propelled people up and down and down and up and then left them pretty much where they started. “I call that man rich,” Henry James’s Ralph Touchett observes in “Portrait of a Lady,” “who can satisfy the requirements of his imagination.” Living in the future tense never did that for me.

Perhaps happiness, like peace or passion, comes most when it isn’t pursued. I certainly wouldn’t recommend my life to most people — and my heart goes out to those who have recently been condemned to a simplicity they never needed or wanted. But I’m not sure how much outward details or accomplishments ever really make us happy deep down. The millionaires I know seem desperate to become multimillionaires and spend more time with their lawyers and their bankers than with their friends (whose motivations they are no longer sure of). And I remember how, in the corporate world, I always knew there was some higher position I could attain, which meant that, like Zeno’s arrow, I was guaranteed never to arrive and always to remain dissatisfied.

Being self-employed will always make for a precarious life; these days, it is more uncertain than ever, especially since my tools of choice, written words, are coming to seem like accessories to images. Like almost everyone I know, I’ve lost much of my savings in the past few months. I even went through a dress-rehearsal for our enforced austerity when my family home in Santa Barbara burned to the ground some years ago, leaving me with nothing but the toothbrush I bought from an all-night supermarket that night. And yet my two-room apartment in nowhere Japan seems more abundant than the big house that burned down. I have time to read the new John le Carre, while nibbling at sweet tangerines in the sun. When a Sigur Ros album comes out, it fills my days and nights, resplendent. And then it seems that happiness, like peace or passion, comes most freely when it isn’t pursued.

If you’re the kind of person who prefers freedom to security, who feels more comfortable in a small room than a large one and who finds that happiness comes from matching your wants to your needs, then running to stand still isn’t where your joy lies. In New York, a part of me was always somewhere else, thinking of what a simple life in Japan might be like. Now I’m there, I find that I almost never think of Rockefeller Center or Park Avenue at all.

This article was originally published at The New York Times and is partially reproduced here without the permission of the author, who is not affiliated with this website or its views.