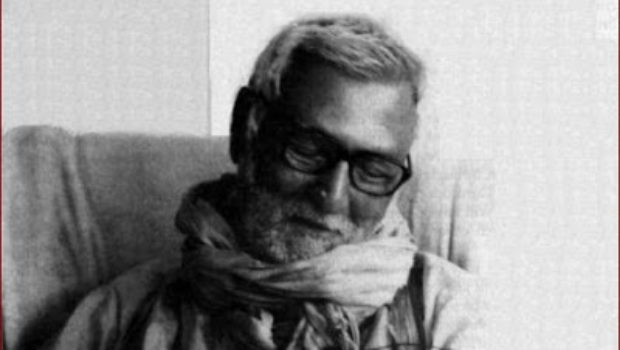 Only Truth Can Dispel Ignorance

Srila Bhakti Raksaka Sridhara Deva-Goswami Maharaja explains the dif­fer­ence between empirical and revealed know­ledge, and demon­strates that only the com­bin­a­tion of sukriti, faith, and scrip­tural know­ledge given by the Vaisnava affects the soul’s deliverance.

Student: A devotee once said to me that, as a necessity for preaching, we need to describe to the Western rational mind how the soul is transferred from one body to the next, and how it enters into a father’s semen. He requested me to ask you about this.

Srila Sridhara Maharaja: To satisfy the curiosity of scientists?

Srila Sridhara Maharaja: When sraddha [faith] springs forth from sukriti [fortune], one may not care to know all these details. If you analyze this matter, you will find that there is no end to it. Approximate knowledge of it is sufficient to help you take to the path of devotion. Analyzing things scientifically does not lead to an end. Knowledge of the Absolute does not come through scientific analysis. It never comes that way. Knowledge of the Absolute comes in an independent way, that is, through sukriti. It comes from that which is nirguna [supramundane]. The nirguna approaches the nirguna to take him to the nirguna [The soul approaches the Vaisnava to take him to the Lord].

Misunderstanding, made up of the modes of material nature, even knowledge in sattva-guna [the mode of goodness], cannot lead us to the highest plane—to the nirguna world.

What is sukriti and how does it originate? It is ahaituki and apratihata. This means it is causeless—its cause cannot be traced within the mundane world of the modes of nature, the misconceived world. Sukriti is beyond this world. Sukriti comes from the Lord’s agent, the devotee, and only when it accumulates sufficiently can truth disperse one’s ignorance. No part of ignorance can dispel ignorance—only truth can dispel ignorance. So, that which is nirguna can save us from all shades of misunderstanding and take us to the nirguna world.

Here the Lord says that one who is most disqualified according to the misconceived standards of morality and purity in the material world, yet has a tendency for and spontaneous flow of exclusive attachment to him, should be considered a sadhu. So, the nirguna flow must be considered; other things that may be present will vanish momentarily.

Sattva-guna may take one to the highest position, but at the next moment, one will return here. The concocted good or bad of the mundane world only moves in a circle. Something that now holds the highest position comes back down to a lower position after only a moment.

All beings found within the plane of Lord Brahma downwards are subject to the law of action and reaction.

Development in the misconceived area is no development at all. But even a little improvement towards the nirguna reality is of infinite value. It will never be destroyed and never leave you.

Abandon all forms of religion and surrender exclusively unto Me. I will liberate you from all sin. Do not despair.

This advice gives us faith that consideration of the Lord cannot be compared with anything good or bad in the worldly sense.

In the mundane world all notions of good and bad are mental speculation. ‘This is good; this is bad’—all such thinking is misunderstanding.

A good dream and a bad dream are both false. Neither the good nor the bad found in this illusory world have any value. Salvation from the glamour and charm of this world can come only from that which is nirguna, from the Vaisnavas and the scriptures: Bhagavatam, Gita, and so on. Salvation springs from the nirguna world. We must be all-attentive towards that. Only that which is nirguna can help us and snatch away our souls from the bondage of mundanity. The nirguna agents will come and snatch away the soul from the bondage of misconception; no saguna [mundane] agent can do that. He is a captive himself. Help must come from the nirguna plane.

When an earnest man prays for help from the nirguna world, from the world of cent per cent truth, then help from that world comes to him. Nothing from the saguna world is qualified to help him. Deception cannot free one from deception. A black marketeer may exchange goods with another black marketeer, a thief may exchange goods with another thief, but none of them are the owners of the goods.