Sacrifice, Wisdom and Love in the World’s Religions 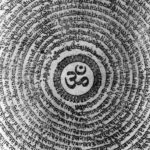 By Swami B.V. Tripurari, based on a transcription of a public discourse in April 2011.

The core tenets of all of the major religions emphasize sacrifice, wisdom, and love that ultimately takes the shape of ego effacement and which offers one the opportunity to enter the subjective world of consciousness, the real world. Yet sacrifice, wisdom, and love are often missing in the lives of many religious practitioners. The reason for this, is that there are two expressions of religious life: a religious orientation and an experiential orientation. While the former is intended to lead to the latter, many practitioners get waylaid along the way.

Many of us went to a service at a church or meditated at a temple and had an extraordinary experience. As a result, we got a taste for the heart of religion and subsequently attached ourselves to a certain institutional structure. The structure initially explained and afforded the experience. Then, due to our conditioning—our identification with the objective world—over time we gravitated towards the structure rather than towards the heart and spirit of that experience. As a result, we may have ended up thinking, “If you don’t wear the same mark on your forehead as I do, if you don’t wear the same robe, or if you lay down on the ground to show respect rather than genuflect, then you are my enemy.” We may even go to war over these things. This is an example of how religion, while designed to take us from gross animality to the refined and subtle reality of the spiritual, sometimes finds us on the fringe of only identifying with the externals of religion in a manner that does not foster experiential spiritual life. As a result, we don’t have much love, we don’t have much wisdom, and we don’t partake in sacrifice. Our material ego stands firm, lacking even basic humility.

The religious orientation is more concrete than a mystical one. It takes the shape of religious laws that distance us from our animality. These rules are meant to assist us in moving away from our more animalistic tendencies. They are a cage—an interim residence from which we are to gradually move from the objective to the subjective world. A religious orientation posits moral principles that manifest as moral laws relative to the world at different times in history. The world changes, so moral laws will also change in pursuit of fulfilling the ultimate aim that religion advocates. Theologians, and even more so mystics, want to get to the essential principles of religion. Yet most people are not essence seeking in nature. Thus we find practitioners attached to outdated laws that no longer serve a practical purpose or a spiritual purpose. This is a gross abuse of religion. The misunderstanding of the spirit of religious principles—something that occurs in every tradition—is known as religious fanaticism.

To the extent that we don’t have real experience of the self—consciousness—we may be influenced by this kind of fanaticism, in which there is no love at all and law rules with little understanding of the principle behind it. Thus we never leave the cage of relative morality and as a result we misconstrue such morality to be the actual goal of religion. We love from within that framework as best we can, but our idea of love is confined within our material sense of self—our egoic material self decorated with religious ornaments and utterances of half truths—or otherwise altogether misunderstood. We love as an American Christian, for example, never losing sight of nationalism, racism, sexism, sectarianism, etc. It is no wonder then that our acts and ideas of love fall short of those of Jesus.

After all, religion is about loving God, and if you love God then you are going to love everything that has to do with God. Understanding the religious orientation is a step in the direction of the spiritual. We find universal love just ahead, love that transcends law. In the Christian tradition, from the book of law came the New Testament, a testament of love. In the Hindu tradition there is a similar example; from the the Vedas came the Srimad Bhagavatam. So, like the New Testament, the Srimad Bhagavatam is a doctrine of divine love meant to fulfill the principle of the moral law—and more.

If you love, you don’t need the laws. To love means that you are not engaged in taking and exploiting. Love involves the deconstruction of the taking self, the material ego. We may have some license to meet bodily demands, but not to the point that we encroach upon others. As much as we encroach on others, we are not loving. We need the law only to curb our tendency for taking derived from our bodily sense of need. The self, consciousness, does not have needs—it is a particle of eternity, knowledge, and bliss. Experiential spirituality is about how to end the needs of the body in the context of perceiving what the soul is, what consciousness is. We have to learn how to use the religious laws in a dynamic way. We have to learn to see the laws in terms of time and place and to explain them in those terms, such that they can actually have an effect. The proper effect should be that we are taken from a religious orientation to an experiential orientation. With good guidance, we can move from a concrete religious idea progressively to love of God. Love is not concrete, it is fluid. It moves like the current of a river with unlimited nuance and leads us forward, always one step ahead.

As one goes in the spiritual direction in terms of genuinely experiencing the self, one finds that the subjective world is not black and white. There are many shades of gray in the subjective realm. The problem with the black and white orientation, on the other hand, is not merely the limitations of back and white, but more so that many religious people mistake white for black and black for white. Therefore, rather than wisdom, we find ignorance and superstition.  Rather than love we find hate. Instead of sacrifice, we find exploitation, all in the name of religion.

When we move from a religious orientation to a spiritual orientation, naturally and happily we find solace in the midst of the sometimes disconcerting nature of the crooked course of love. Such a progression is not however about the apparent discomfort of the unknown that religious dogma appears to remove, but rather it is about the excitement of the unknown and the possibilities that lie therein. When we go toward the experiential mystical side of all religious traditions what we find affords discussions and debate as to the varied nature of transcendence, not warring factions staking claim to geographical areas. The mystics realize we have more in common than most people think. God is bigger than whatever name we can give him. All genuine religions basically assert this. Some religions may facilitate a greater penetration into the subject than others, yet if they are genuine and ego-effacing, they all point to a place in relation to the center that is best for those on a given path. Within the context of ego-effacing spiritual practice everybody has a place where they feel at home in relation to the center, where God accepts service from them, as a friend, as a lover, or as the object of awe and veneration of the beatific vision. Each devotee’s subjective reality is best for each devotee. When we think along these lines we can harmonize religious differences, understanding that they point to different ideals within love of God, and also that religions themselves point to ego effacement, to the subjective world of consciousness.

The best things in life are not things. We are the best things in life; and we are not a thing but rather we are a particle of the subjective reality of consciousness which gives meaning to the objective world of matter. Nonetheless, we are small, so we find ourselves overcome by the demands of the world. We have identified ourselves with matter, as only consciousness has the power to do. We do this at great cost; we take from the objective world to “have” at the cost of being our “self.” By contrast, the self is actually a giver, a unit of giving capacity, and taking is diametrically opposed to its nature.

When we live in competition with others over available resources, we are preoccupied with taking. Darwin described this as “survival of the fittest.” It is our identification with matter in the form of the body and its concomitant needs that puts us in this condition. To the extent that we remain in this condition, we are distanced from the heart of our existence: the self and its lovable source—Krsna. This basic religious worldview is a dualistic worldview in that it identifies a difference between consciousness and matter—soul and body. But it is also monistic in that it acknowledges that matter and spirit are both saktis of the Godhead, and thus sakti and its source, saktiman, are one and different simultaneously.  We can call this transrational dualistic nondualism  “acintya bhedabheda.” This is Gaudiya Vedanta.

But all the saints of all the ego-effacing traditions have demonstrated that by giving our sense of self expands. They became preoccupied with the pursuit of consciousness and their material needs were minimized and met. They found they needed less. They did not find that by adding something on, that by taking, they became more.

The examples of Sukadeva, Caitanya, Christ, Rumi, Buddha (to name a few) have all made an impression on the world that will never go away. They stood on the ground of their faith with such courage to tell us about our grand potential as spiritual beings.  If  only we could preoccupy ourselves with their contributions of  knowledge and divine love. These people have changed the world forever. They are at the heart of religious experience.

The Whys and Hows of a Nitya Navadvipa (Part 3) → 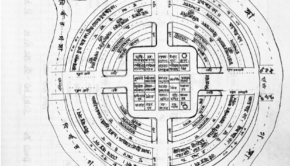 The Whys and Hows of a Nitya Navadvipa (Part 2) →

2 Responses to Sacrifice, Wisdom and Love in the World’s Religions