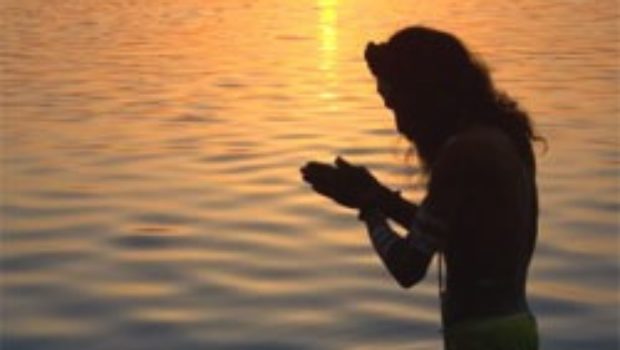 You Are In Your Body

Every spiritual practice is based upon a philosophical principle. Indian schools of thought differ on specifics but share many common principles. One of the most common principles, in fact, the most fundamental principle of all schools, is the concept that “I am not this body.” It is the first principle Sri Krishna teaches in the Bhagavad Gita and is the very basis of spirituality. Although a very common principle, and although almost everyone has heard about it, and although it is quoted and discussed by all and sundry on certain special occasions such as death, it nonetheless is one of the most misapplied principles in practical life.

When I had my first encounter with a spiritual organization, this concept was preached to me very enthusiastically. I had no problem accepting it, but what followed as a consequence messed up my health for a long, long time; to this day.

I was told that because we are not this body, we should not waste much time taking care of it. To care for one’s body was taboo. It was “maya,” which was a dreadful word.

Trying to live up to these ideals, I tried to ignore my body. I purposely skipped my dinner because I was a brahmacari, and was told not to eat at night otherwise my mind would be sexually agitated. Even my hunger pains night after night did not deter me. Others would eat at night, but I remained staunch. I had fixed my mind on following all the principles to attain the ultimate goal.

I slept as minimally as possible. I would wake up around 2:00 am and complete my sixteen rounds before mangala-arati, which was at 4:30 am. I was young, so my body could it take it for some time. Soon, however, it started giving me trouble. For example, I contracted a heavy cold due to bathing early in the morning in freezing cold water. Of course, I ignored this cold, which resulted in tinnitus in both my ears. I also began to experience heartburn and constipation. Ignoring these eventually resulted in the loss of appetite and a weak immune system.

I remember driving on the highway to recruit “life-members” (donating patrons) and falling asleep at the wheel, drifting into different lanes while dozing off—all because I was “not this body” and therefore should “minimize sleep.” Sometimes I would just exit and go to some parking lot and take some rest, because it was not possible to drive. I have heard of several devotees dying in car accidents on the highway. I also remember many others who were trying to minimize their bodily needs abnormally. Like me, they all faced the unpleasant consequences.

It is true that “we are not the body”, but it is also true that “we are in the body.” Everyone knows that they are not their car, but everybody takes care of their car. Nobody wants to drive a car that has major problems. Life is a journey, and the body is the vehicle. If we are serious about reaching our destination, we need to keep that vehicle in good operating condition. We should not waste all our time on it, but we should not flip to the other end of the spectrum and neglect it completely.

In truth, we need to respect our bodies. It is an amazing creation of Krishna. If we have to use this body to serve Krishna, then we should keep it healthy! We would also not offer an unclean, dysfunctional, or broken object to the deities. There is a saying in the tantra, devo bhutva devam yajet—one should worship the divine by first becoming divine oneself.

If we have surrendered to Krishna, then our body belongs to him. If it is his, it should be protected as a treasured object. So, taking care of our bodies is a crucial part of the spiritual path, because it will help to keep us healthy and strong so we can engage in our service with a stable mind.

It may not sound right, but we must take care of ourselves first. It is like the safety instruction we hear before an airplane takes off—”in case of a drop in cabin pressure, put your air mask on first and then take care of the child next to you.” This is because we cannot properly serve anyone else if we neglect to properly serve ourselves. Most of us do the opposite and feel guilty for any little care we show to ourselves. We have to get rid of this guilt in order to become more integrated and healthy.

Ayurveda says that good health is the basis of attaining success in any of the four pursuits of life—dharma-artha-kama-moksanam arogyam mulam uttamam. Without good health, we cannot be successful materially or spiritually.

Therefore, Sri Krishna advises to tread the middle path and to not be an extremist:

O Arjuna, there is no question of success in yoga for one who overeats or who abstains from eating to an extreme, nor for one who sleeps excessively or who remains awake to an extreme. For one who is moderate in diet and recreation, methodical in the performance of actions, and regulated in sleep and wakefulness, the practice of yoga dispels all misery.

This is very wonderful advice. One can remain healthy if one eats, sleeps and relaxes in a balanced manner. Ayurveda also says that food, sleep, and celibacy are the three pillars of health. Just as a building stands on pillars, our health exists on these three things. If they are debilitated by neglect or extremist ways, then our health is bound to suffer.

4 Responses to You Are In Your Body