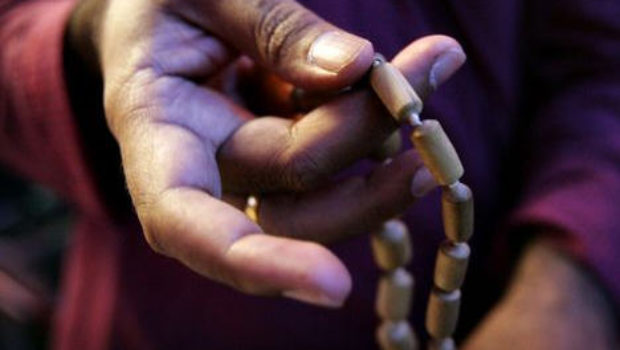 Let’s begin with the latter question. Transcendence constitutes realizing/experiencing that the “I” of “I am” is not subject to the influence of time and space, and by extension not subject to the oppression of the mind and the demands of the senses. The Sanskrit word mukti means release with reference to final emancipation or liberation. This release is freedom from samsara and its beginning-less rounds of birth and death—reincarnation.

The “I am” in all of us is different from the “I am this or that.” “This or that,” be they nationalities, political persuasions, gender identification, and so on, are subject to change, while “I am” remains constant. However, identification with and absorption in a “this or that” identity obscures the actual observing “I” of consciousness itself, which is thus led to believe it dies. Transcendence is the shattering of this illusion, as one stands firmly and unchanging on the ground of being.

What, then, is the ego in this worldview? The ego is the very misidentification with this or that resulting in a made-up identity. When the actual self projects itself into matter and attachments arise, a fleeting, illusory sense of self is formed. This misidentification is then the metaphysical ego—ahankara—which must be effaced if one is to enter transcendence.

How, then, does one efface this ego? This daunting task is accomplished gradually through trans-rational practices, such as kirtana and meditation. These practices have the power to remove countless impressions—samskaras—stored in our subconscious awareness that serve to perpetuate our attachments. This subconscious awareness is termed citta in yoga terminology, and it acts like a mirror. When this mirror is turned outward toward the objective world, it holds images that we, in turn, identify with, but when it is turned inward and those images are cleared through concentrated spiritual practice—sadhana—one can see one’s actual self.

On the other hand, those who forego trans-rational spiritual practice and focus their attention solely on tending to the well-being of the psychological ego in the name of spirituality also fall short of realizing the transcendent nature of the atma, the consciousness-constituted self. No amount of psychological self-help unto itself has the power to cleanse one’s citta and remove lifetimes of material samskaras, freeing one from the burden of karma. The greater balance of one’s karma lies dormant in a seed-like stage, waiting to bear fruit in the form of many lifetimes to come. It can be removed only by either playing itself out or being uprooted through genuine spiritual practice before it fruits. The former means is ineffective in that without spiritual practice one’s stored karma plays itself out only in the course of creating more karma.

Yoga in the least is about emotional/psychological balance—sattva, a state from which material emotion can be gradually transcended altogether with continued spiritual practice. If we want to jump up and touch the stars of transcendence, it will be helpful to start with two feet on the ground. A healthy psychological sense of self is better equipped to undertake the daunting task of effacing the metaphysical ego by way of embracing genuine trans-rational spiritual practice. Thus, the two—spiritual practice and psychological balance—should be nourished side by side. Trans-rational spiritual practice is not irrational, but rather it picks up where reason leaves off. And just as it is reasonable to take care of one’s body despite the fact that one is ultimately not the flesh and blood, the same holds true for one’s mind.