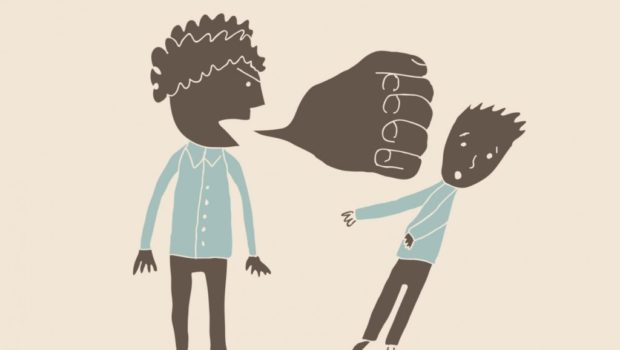 By Babaji Satyanarayana Dasa, originally published by the Jiva Institute.

Non-violence (ahimsa) is a fundamental principle of dharma. “Do not be violent towards any living being” (ma himsyat sarva-bhutani) is a universally accepted injunction. Manu-smrti describes non-violence as a dharma to be followed by all four varnas (10.63). Narada Rsi says the same in Srimad Bhagavatam 7.10 .8. Non-violence is the first and most important rule (yama) in yoga (see Yoga Sutra 2.30). Sri Krishna declares it the first of twelve essential rules and regulations in Srimad Bhagavatam 11.19.33, and in Gita 13.7, He describes it as a means to attain spiritual knowledge.

All this gives us a clear understanding of how important non-violence is to any dharmic or spiritually progressive person. Indeed, it seems there may not be anything more dangerous to the progress of spirituality than violence. However, emotional and verbal violence, especially criticism (ninda), is even worse than physical violence (himsa). Why is that?

Firstly, verbal violence leads to emotional violence, which leads to physical violence. Therefore, verbal violence is the root of it all, and thus singled out as the worst. We hear that “words are sharper than weapons.” A physical wound heals in due course of time, but the emotional wounds inflicted by words can remain painful and unhealed for the rest of one’s life. In this regard Krishna tells Uddhava:

I have not seen a sadhu in this world, o Uddhava, who can remain peaceful at heart when pierced by the bitter words of a wicked person. Indeed, arrows in the heart do not torment as much as the sharp words of the wicked.

Violence towards different types of people may not be equally reprehensible. Of all people, violence toward a sadhu—who have no intention to take anything from anyone or harm anyone in any way—is the worst of all possible forms of violence. It can ruin one’s spiritual life.

Therefore, on the path of bhakti, blasphemy of a devotee, sadhu-ninda, is the most egregious offence and should be avoided at all cost. It is listed as the foremost offence against the holy name of Krishna.

Among all sadhus, one’s guru should be considered foremost. To stress this point, guru-ninda is often identified separately, although it could be included in the sadhu-ninda.

The entire Mahabharata War was rooted in the harsh words of king Drupada towards his friend, Drona (see Adi Parva, Chapter 129,130).

Drupada and Drona were classmates and good friends in their youth. Drona’s father had an asrama, at which Drupada came to study. Drupada was a prince and Drona was a brahmana, so the young Drupada once said, “Drona, my friend, one day I will become king. Then, you can come to ask me for any help you need.” In time, Drupada grew up and indeed became king. Drona got married and lived as a very modest brahmana. He begot a son, Asvatthama, but was so poor that he had trouble collecting enough milk to feed the child. He therefore went out to seek help.

He went first to Parasurama, who had vanquished ksatriyas twenty-one times and owned the whole earth. Parasurama said he had already donated the earth and all his possessions to the brahmanas via Kasyapa. Drona, therefore, requested him to instead teach him the esoteric art of using divine weapons, which Parasurama happily did.

Still in need of wealth, he remembered his old friend and traveled to Drupada’s kingdom. Seeing Drupada, Drona said, “Remember me, old friend?” Drupada did not want his ministers to think he would be friends with a destitute brahmana. He thus got angry and insulted Drona, “O brahmana, why are you uttering such foolish words? How can you be my friend? Friendship is between equals! I am a king and you are a pauper, so how can we be friends? Friendship is a fleeting thing. When we were children, we were friends, because we were both students. That has changed, we are no longer equals, so we are no longer friends. Get out of here!”

Drona was astonished, hurt and insulted. He could not digest such malicious words, and instead vowed to get revenge. So he became the martial arts instructor for the Kauravas and Pandavas. After instructing them, he asked them to capture Drupada as tuition. Drupada, a valiant fighter, chased them away, but Arjuna finally captured him and brought him to Drona like a slave. Drona said, “You wanted us to be equals? Fine. I am taking half of your kingdom. Now we can be friends again. You can return back to your kingdom now.” Drupada could not digest or process this harsh treatment and vowed revenge. He performed a yajna to get a son who would kill Drona in the Kuruksetra war, Dhrstdyumna.

This story is a vivid example of how words affect emotions and how emotions affect actions, such that insults can lead to war and the death of so many people.

Harsh words, uttered once, cannot be retracted. Not only do they disturb the mind of the victim, they also make them react. Thus, a chain of criticism and counter-criticism is set in motion.

The wise will not attack someone verbally, with words of insult, but only the wisest of the wise will not react to such words. Therefore Krishna told Uddhava that the pain caused by harsh words is irreparable and more painful than the wounds caused by arrows.

On the path of bhakti, criticism is especially detrimental to one’s progress. Bhakti, in essence, is love. And love involves relationships between people. Therefore, devotees should be thoughtful of the consequences of their words.

The age of the internet makes it even more difficult because we can criticize others very easily—not feeling the gravity of their physical presence. Thus, we have an even greater need for self-restraint in this day and age. Before commenting on social media, for example, it would be a good idea to imagine yourself speaking what you are typing directly to the person, face to face—and consider the possible effects before posting.