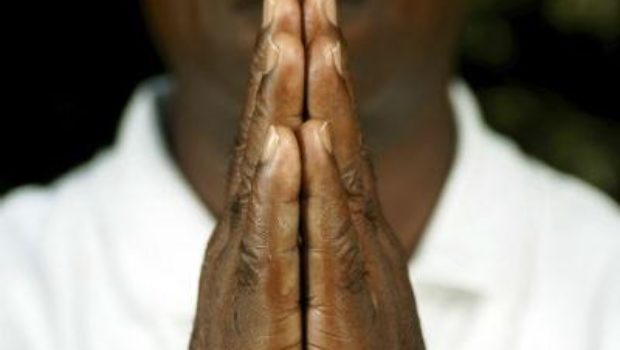 By M. Scott Peck, M. D. In the following article, M. Scott Peck offers a somewhat unique perspective on the relationship between science and religion in the context of spiritual growth.

In a very real sense, we begin with science. We begin by replacing the religion of our parents with the religion of science. We must rebel against and reject the religion of our parents, for inevitably their world view will be narrower than that which we are capable of if we take full advantage of our personal experience, including our adult experience and the experience of an additional generation of human history. There is no such thing as good hand-me-down religion. To be vital, to be the best of which we are capable, our religion must be a wholly personal one, forged entirely through the fire of our questioning and doubting in the crucible of our own experience of reality. As the theologian Alan Jones has said:

One of the problems is that very few of us have developed any distinctive personal life. Everything about us seems secondhand, even our emotions. In many cases, we have to rely on secondhand information in order to function. I accept the word of a physician, a scientist, a farmer, on trust. I do not like to do this. I have to because they possess vital knowledge of living of which I am ignorant. Secondhand information concerning the state of my kidneys, the effects of cholesterol, and the raising of chickens, I can live with. But when it comes to questions of meaning, purpose, and death, secondhand information will not do. I cannot survive on a secondhand faith in a secondhand God. There has to be a personal word, a unique confrontation if I am to come alive.

So for mental health and spiritual growth, we must develop our own personal religion and not rely on that of our parents. But what is this about a “religion of science”? Science is a religion because it is a world view of considerable complexity with a number of major tenets. Most of these major tenets are as follows: the universe is real, and therefore a valid object of examination; it is of value for human beings to examine the universe; the universe makes sense—that is, it follows certain laws and is predictable; but human beings are poor examiners, subject to superstition, bias, prejudice, and a profound tendency to see what they want to see rather than what is really there; consequently, to examine and hence understand accurately, it is necessary for human beings to subject themselves to the discipline of the scientific method. The essence of this discipline is experience, so that we cannot consider ourselves to know something unless we have actually experienced it; while the discipline of the scientific method begins with experience, simple experience itself is not to be trusted; to be trusted, the experience must be repeatable, usually in the form of an experiment; moreover, the experience must be verifiable, in that other people must have the same experience under the same circumstances.

The keywords here are “reality,” “examination,” “knowledge,” “distrust,” “experience,” “discipline.” These are words we have been using all along. Science is a religion of skepticism. To escape from the microcosm of our childhood experience, from the microcosm of our culture and its dogmas, and from the half-truths our parents told us, it is essential that we be skeptical about what we think we have learned to date. It is the scientific attitude that enables us to transform our personal experience of the microcosm into a personal experience of the macrocosm. We must begin by becoming scientists.

One thing to suggest that science as a religion represents an improvement, an evolutionary leap, over a number of other world views, is its international character. We speak of the worldwide scientific community. And it is beginning to approach a true community, to come considerably closer than the Catholic Church, which is probably the next closest thing to true international brotherhood. Scientists of all lands are able, far better than most of the rest of us, to talk to each other. To some extent, they have been successful in transcending the microcosm of their culture. To some extent, they are becoming wise.

When we look from our vantage point of sophisticated skepticism at the phenomenon of belief in God we are not impressed. There is clearly a lot of dirty bathwater surrounding the reality of God. Holy wars. Inquisitions. Animal sacrifice. Human sacrifice. Superstition. Stultification. Dogmatism. Ignorance. Hypocrisy. Self-righteousness. Rigidity. Cruelty. Book-burning. Witch-burning. Inhibition. Fear. Conformity. Morbid guilt. Insanity. The list is almost endless. But is all this what God has done to humans or what humans have done to God? It is abundantly evident that belief in God is often destructively dogmatic. Is the problem, then, that humans tend to believe in God, or is the problem that humans tend to be dogmatic? Anyone who has known a died-in-the-wool atheist will know that such an individual can be as dogmatic about unbelief as any believer can be about belief. The neophyte scientist, recently come or converted to the world view of science, can be every bit as fanatical as a Christian crusader or a soldier of Allah. This is particularly the case when we have come to science from a culture and a home in which belief in God is firmly associated with ignorance, superstition, rigidity, and hypocrisy. Then we have emotional as well as intellectual motives to smash the idols of primitive faith. A mark of maturity in scientists, however, is their awareness that science may be as subject to dogmatism as any other religion.

I have firmly stated that it is essential to our spiritual growth for us to become scientists who are skeptical of what we have been taught—that is, the common notions and assumptions of our culture. But the notions of science themselves often become cultural idols, and it is necessary that we become skeptical of these as well. It is indeed possible for us to mature out of a belief in God. What I would now like to suggest is that it is also possible to mature into a belief in God. Skeptical atheism or agnosticism is not necessarily the highest state of understanding at which human beings can arrive. On the contrary, there is reason to believe that behind spurious notions and false concepts of God there lies a reality that is God. Is it possible that the path of spiritual growth leads first out of superstition into agnosticism and then out of agnosticism toward an accurate knowledge of God? Is it belief in God we need to get rid of, or is it dogmatism?

This article was adapted from M. Scott Peck’s classic, best-selling book, The Road Less Traveled. The Road was Peck’s first and best-known book, remaining on the New York Times’ bestseller list longer than any other paperback and being translated into over twenty languages. After practicing psychiatry and writing for over thirty years, Peck died in 2005 at age sixty-nine.