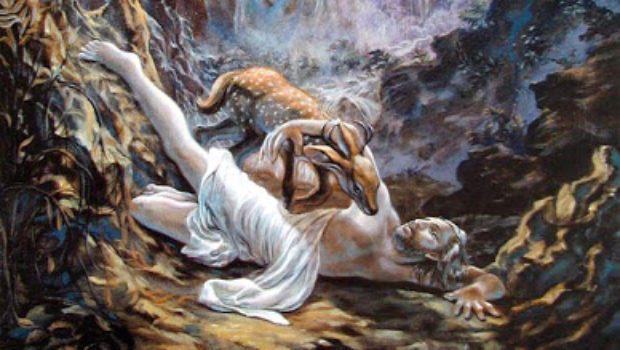 Offenses at the Stage of Bhava

Question: It seems that anyone who has doubts cannot completely believe in the words of sastra. In Srimad Bhagavatam 1.2.21 it is said that doubts are destroyed upon seeing Paramatma at the jivan-mukta stage. It follows that there must be doubts at the anartha nivrtti stage. How should I understand this?

Answer: The doubt is not whether the sastra is right or wrong, as it is in the case of a hypothesis. This question is asking [while] thinking that doubt is only about sastra being right or wrong, but that is not true. The doubt may be about one’s own capability. One may have doubts such as, “Am I capable of realizing the goal?” “Is the process I follow proper or am I missing something?” “Is Krishna really the way he is described (such as having a yellow dress, blackish color etc.)?” In other words, it is not that the sadhaka is harboring doubts about the validity of sastra, but rather doubts about oneself, one’s practice and one’s own understanding. Moreover, it is not certain that everyone will have such doubts. The doubt may not be about whether something is right or wrong. One may simply not be very clear about a concept although one accepts it to be true. Please read the very definition of sraddha in Bhakti-rasamrta-sindhu, Eastern Division, second chapter (sadhana-bhakti).

Question: You had mentioned in a lecture that there is no possibility of offense at the stage described in Srimad Bhagavatam 1.2.21. Any suffering is an arrangement of Krishna. Am I correct in assuming that 1.2.21 is the bhava stage? If yes, how to reconcile this with Bhakti-rasamrta-sindhu, where Sri Rupa Gosvami mentions that one can descend from the bhava stage if one commits offenses?

Answer: Srimad Bhagavatam 1.2.21 is the prema stage and at this stage there is no possibility of offense. Even otherwise when Sri Rupa Gosvami says that one can descend from the bhava stage, it is not a common thing. Rather I would say that such a thing will also happen by the special will of Krishna—either to teach others something, or to make the bhava of the devotee very intense. Otherwise at the bhava platform, offense is almost impossible.

Answer: As I said above such a thing is almost an impossibility. Dvivida is given as an example, but I would say even his situation was only by the Lord’s will.

Question: The bhakti lata-bija is explained as nirguna-sraddha in bhakti-sastra. Sri Visvanatha in his writings likens the bija to a raw mango, and prema to a ripe mango. It would seem that the bhakti lata-bija is made of the antaranga-sakti. If yes, it seems that when one has the raw mango in the mind (i.e. prema in an unripe or immature stage), one can be covered by maya (as a sadhaka is susceptible to offenses) but when one possesses the ripe mango of prema, one can never be overcome by maya. Is it that when one has nirguna-sraddha, that sraddha will never ‘actually’ leave that person in any future lifetime owing to any offense or mayic action, and that is proof that the bhakti lata-bija also is beyond the effect of maya?

Answer: Yes, it can be covered but generally speaking it will not be lost, unless one commits some very heinous offense. Sri Rupa Gosvami says that by great offense one can loose bhava or one’s bhava can be downgraded. (Bhakti-rasamrta-sindhu, chapter 1.3.54)

Question: The concept of dormant prema is clearly unsupported by sastra. Prema has to be given, and it is given at the bhava stage as a ‘ray’ of the sun of prema. How to understand then that after one gets bhava—the sudurlabha ray of prema—one’s bhava can become bhava-abhasa of different types according to the severity of offenses as mentioned in Bhakti-rasamrta-sindhu. Is the person losing the bhava after having obtained it? Would that go against the principle that the antaranga-sakti is independent of maya?