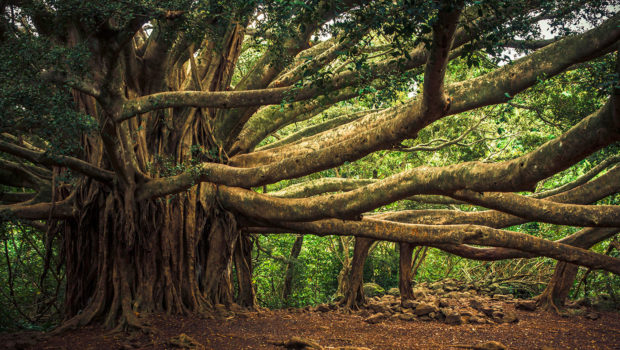 Beyond Logic: The Law of Karma

By Babaji Satyanarayana Dasa, original published by the Jiva Institute.

Question: It seems to me that the law of karma does not adequately explain individuality and differences in phenomenal existence. We need to invoke the events of the previous life, and so on, ad infinitum, which leads to the logical flaw of infinite regress. But how did the karmic process begin? How do we explain what went wrong and why we begin to suffer? The typical reply in Hindu religion is that the process is simply beginningless (anādi), that the karmic process extends back infinitely in time. But this does not adequately explain the matter but simply pushes the problem back.

Answer: The basic principle is that cause and effect relation can never give a satisfactory answer unless one accepts that it has to come to an end at some point. That point is God. God is beyond cause-effect relation. It does not matter how this person explains the phenomenon of the world, he will still run into the same problem which he is pointing out about the anādi principle.

The basic fact is that ultimate reality cannot be explained by logic alone. It is beyond logic, tarko’pratiṣṭhānāt (Vedanta Sūtra). Logic can be used to explain reality, but it is not sufficient. That is why there is a need for śabda pramāna. Unless one accepts this one can argue with anything. He is arguing, but whatever solution I may give, he can find a flaw with it.

So in India, we do not have philosophy, we have darśana. You see the truth and then you explain it logically, as far as possible. But ultimately logic has its limitations. So there is no point in arguing if he does not accept that śabda is beyond logic.

Question:  Could we perhaps say that our material predicament is not logical, but translogical and not illogical? That said, I would like to refer to the important distinction between causes and reasons. If something is outside cause and effect, it can still be within reason. From the individual point of view, the individual carries the moral responsibility and the karmic implications of that in the present moment. So even though there was
no initial cause, there have always been personal reasons.

Answer:  I agree. The karma theory is not to give an ultimate explanation logically. It is translogical. This is how Jīva Gosvāmi begins his Tattva Sandarbha. He outrightly rejects pratyaksa and anumāna in favor of śabda when it comes to explaining the tattva, the reality. Nonetheless, the karma theory is a more logical explanation than that of original sin, because it puts the onus on the individual for our plight. It means we cannot blame God or someone else for our suffering, or just feel frustrated (why the heck does Adam’s sin have to make me suffer?). So there is a personal reason when we analyze the present situation, and that is important to know.

Question:  I recently heard a sādhu say that slaughtered cows will continue to be reborn as cows because their deaths did not occur naturally, and therefore, their karma as cows was not extinguished. When the devotee inquired how to rectify the situation, the sādhu replied, “more cow protection.”  Can a jīva in the human condition influence the reincarnation of other jīvas?