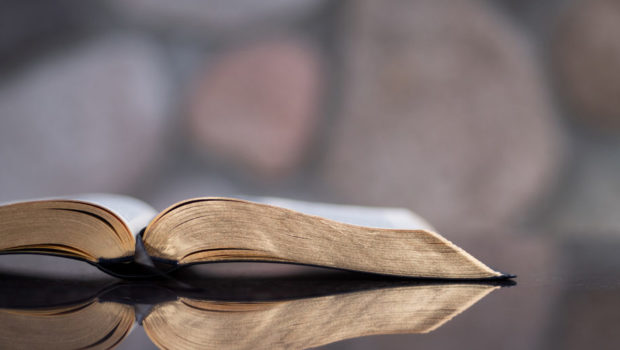 Bhakti In The Jīva: Inherent or Inherited? Part 5: Is There Scriptural Support in Favor of Inherence?

When presenting tattva, a Gauḍīya Vaiṣṇava will rely primarily on śāstra to support his or her views. Scriptural quotation should be done sensitively, using logic and common sense in a vital way. Otherwise, we run the risk of misrepresenting revelation, making different levels of contradictory statements that, although apparently logical from one’s personal and limited perspective, will prove narrow and incompatible with the broader perspective of full-fledged siddhānta. Arriving at the siddhānta on any given issue involves dealing with possible opposing views, pūrvapakṣa. Therefore, giving the benefit of the doubt to those who claim that bhakti is inherent in the jīva, we will examine in this article some of the main pūrvapakṣa, arguments against the possibility of non-inherence.

First of all, we will discuss a well-known verse from Śrī Caitanya-caritāmṛta that is probably the most cited scriptural evidence when trying to support the idea that both bhakti and prema are intrinsic substances in every being:

Pure love for Kṛṣṇa is eternally established in the hearts of the living entities. It is not something to be gained from another source. When the heart is purified by hearing and chanting, this love naturally awakens.1

Although this translation seems to leave no room for any doubt, it is important to consider some important details. First, this verse speaks to us about what sādhana–bhakti is, as well as the eternal nature of prema-bhakti. And while here it is established that divine love as a phenomenon is “eternally perfect” or “eternally established” (nitya-siddha), nowhere does the verse actually mention the phrase “in the hearts of the living entities.” If we would like to nonetheless consider this idea, we would have to conclude that the living entities referred to in this verse are not baddha-jīvas but the eternal associates of Śrī Kṛṣṇa in Vraja. Their very being (ātmā) is composed of love (rāga) for Śrī Kṛṣṇa (they are thus known as rāgātmikās), and their hearts are the perpetual reservoir of such emotions, since prema is not something that “is produced” at some point in time. Rather, when the jīva is purified by properly engaging in sādhana-bhakti (which is mentioned in the last part of this verse), prema is transferred from the hearts of the eternal associates into the heart of the qualified jīva.2 In other words, bhakti is indeed inherent, but only for the nitya-pāriṣadas. In contrast, for us it may be “inherent” if we have received it in previous lifetimes, or as the potential to embrace it—a subtle but important difference.

Returning to Śrī Caitanya-caritāmṛta 2.22.107, this “nitya-siddha . . .” verse is actually a Bengali rendition of Śrī Rūpa Goswāmī’s own definition of sādhana-bhakti, which is quoted two verses before this verse of Kṛṣṇadāsa Kavirāja and which clearly establishes each one of the points explained above:

The actions of the senses that produce the bhāva stage are called sādhana-bhakti. The attainment of bhāva-bhakti that is achieved through sādhana is an eternal sthāyi-bhāva which is not created but is simply manifested within the soul through the spiritual energy of the Lord.

In this way, being that the “nitya-siddha . . .” verse is a Bengali version of Śrīla Rūpa Goswāmī’s definition of sādhana-bhakti, it is obvious that the meaning of Kṛṣṇadāsa’s verse has to follow the idea originally present in Śrī Rūpa’s verse. This original śloka clearly establishes that bhakti, in its various stages, manifests itself within the soul “through the spiritual energy (svarūpa-śakti) of the Lord.” In their commentaries to this precious verse from Bhakti-rasāmṛta-sindhu, both Śrīla Jīva Goswāmī and Viśvanātha Cakravartī Ṭhākura agree on this same point, saying thus: “The intention of including sādhana within bhakti is to show that bhakti is produced only from bhakti and not from anything else. Bhakti in its mature stage is something eternal that simply appears in the heart; this is because this appearance (but not its creation) will take place in the future, by the special actions of the most excellent transformations (samvit and hlādinī) of the Lord’s svarūpa–śakti, which are perfect and eternal.”3

Furthermore, the third most popular commentator on the Bhakti-rasāmṛta-sindhu was Mukunda Dāsa Goswāmī, a disciple of Kṛṣṇadāsa Kavirāja. In his commentary, entitled Artha-ratnālpa-dīpikā, he says that the term nitya-siddhasya bhāvasya (from Śrī Rūpa’s aforementioned śloka) refers to the bhāva of the nitya-siddha associates of Bhagavān, not to prema’s being present in the heart of all jīvas. Viśvanātha Cakravartīpāda confirms this point in his commentary to verse 1.2.228 of Bhakti-rasāmṛta-sindhu, saying that “it is due to association with devotees that the outbreak of bhakti, which is very extraordinary, appears.” Thus, we can repeatedly corroborate that bhakti arises only from bhakti, and this process occurs through the intervention of the svarūpa-śakti into the life of a fortunate jīva in the form of sādhu-saṅga.4

In fact, when analyzing in depth this apparently controversial verse from Caitanya-caritāmṛta, we see that there is actually no controversy at all. There it is mentioned that Kṛṣṇa prema is an eternally (nitya) established perfect substance (siddha) that arises (karaye udaya) in the heart (citte) that has been purified (śuddha) by śravaṇa and other devotional practices. In other words, prema arises from nitya-siddha devotees. Moreover, the expression ‘sādhya’ kabhu naya (not to be attained at any time) indicates that bhakti is self-manifest and independent and therefore not caused by anything separate from itself, because then bhakti would be subservient to the particular thing that causes it. Thus the idea here is that prema (referred to in this verse as sādhya, or “that to be attained”) is not created by sādhana–bhakti but is an eternal reality/substance in itself.5 If such a thing were to be sleeping in the jīva (as some suggest), Kṛṣṇadāsa Kavirāja would have used in this verse expressions such as jāgṛta (awakening) and not udaya (arising). Or we would find in śāstra expressions such as supta/nidrita–prema (sleeping love) to indicate this condition—but we do not find them anywhere.6 After all, how could the substance that fully activates Bhagavān himself (which indeed keeps him awake all night and makes him dance eternally) sometimes be found in a state of inertia? How could prema sleep?

So after presenting the actual meaning and context of this often-quoted verse from Śrī Caitanya-caritāmṛta, we will conclude this section by sharing a much more accurate rendering of it, in line with the above explanation:

Love for Kṛṣṇa is eternally perfect. It is not to be created, and it is not a “new attainment.” It arises in the heart that is purified by hearing and chanting Kṛṣṇa’s glories.

In connection with the idea of prema’s being received and not inherent, Śrīmad Bhāgavatam 5.6.18 presents the famous line muktiṁ dadāti karhicit sma na bhakti-yogam, which is translated as “[Bhagavān] sometimes bestows mukti but not bhakti,” which actually implies “he hardly bestows prema-bhakti.” The crucial word here is dadāti, which refers to the act of giving, again confirming how prema-bhakti is something bestowed and not inherent. All the main commentators agree with this point: Sanātana Goswāmī says that “it [this bhakti] is attained only by the grace of the Lord.” Śrī Jīva confirms this same exact point. Viśvanātha Cakravartī comments, “That he gave the highest prema even to you, who do not worship him, is the highest position.” And Śrīnātha Cakravartī (a famous disciple of Advaita Ācārya and the guru of Kavi-karṇapūra) says in his Caitanya-mata-mañjuṣā, “Although Mukunda is the bestower of liberation, he never gives it to those who do his bhajana. Then what does he bestow? It is said here—he gives bhakti-yoga, and that bhakti-yoga means prema.”  Thus, from this well-known Bhāgavata verse and its explanations, it is clear again that prema is a gift and not a predetermined condition in the soul.

At this point we may want some further scriptural evidence that proves, in an even more conclusive way, that bhakti is something received and not intrinsic, so here we share another famous verse from Śrī Caitanya-caritāmṛta that can help us in this regard:

While wandering throughout the entire universe, a very fortunate soul may receive the seed of the creeper of bhakti. Actually, it is by the mercy of both Kṛṣṇa and the guru that such a person obtains this seed.

This verse is specifically presented in the context of Mahāprabhu’s instructing Śrīla Rūpa Goswāmī about the nature of bhakti by giving the analogy of a vine. Kṛṣṇadāsa Kavirāja here mentions that the seed of such a vine will be received (pāya) by some (kona) lucky souls by the grace of śrī guru and Kṛṣṇa: since there would be no need to receive something we already possess, this verse clearly states that the seed of bhakti is bestowed and not inherent. As we have already explained, śrīla gurudeva confers the bhakti-latā-bīja, and its cultivation eventually results in prema. This does not contradict any of the statements mentioned so far.7 In this connection, Bhakti-rasāmṛta-sindhu explains how rati/bhāva (an evolved form of bhakti) comes from sādhu-saṅga: “Specific rati appears per the specific impressions from previous experiences in the individual jīva, just as the sun reflects itself on things like crystal” (2.5.7). “When a devotee’s rati, like a clear crystal, becomes similar in form to that of the devotee to whom he or she is attached, it is called svaccha-rati” (2.5.13). In his commentary to the latter verse, Śrī Jīva Goswāmī says, “This verse shows how sādhu-saṅga acts as the seed of rati. Through association with various types of devotees, various types of sādhana, which are like watering the seed, will be performed.”

In conclusion, it should be emphasized once again that it is not that Śrī Kṛṣṇa sends the sādhus (who are moving under the influence of bhakti). Rather, wherever bhakti goes through such sādhus, Kṛṣṇa follows in their footsteps, being irresistibly attracted to the charming power inherently present in his bhakti-śakti.8 Following this idea (as well as the one presented by Viśvanātha Cakravartī Ṭhākura about the independent nature of bhakti), we can say that in Śrī Caitanya-caritāmṛta 2.19.151, the expression guru-kṛṣṇa-prasāde-pāya implies that if the guru grants his or her grace, then Kṛṣṇa must indeed manifest. Only devotion grants devotion, so God is not directly involved in the act of granting (or not granting) bhakti; therefore, he is not partial to one jīva or another. Thus, any difference we may observe between one soul and another is not due to some inherent factor but due to external influences in the form of either the māyā-śakti or the svarūpa-śakti. In this way, Śrī Kṛṣṇa follows, honors, and worships bhakti instead of imposing his desire on the devotional mood of his servants. If bhakti is so worshipable even by Bhagavān himself, how much it should be properly worshipped (and thus conceived of) by us!