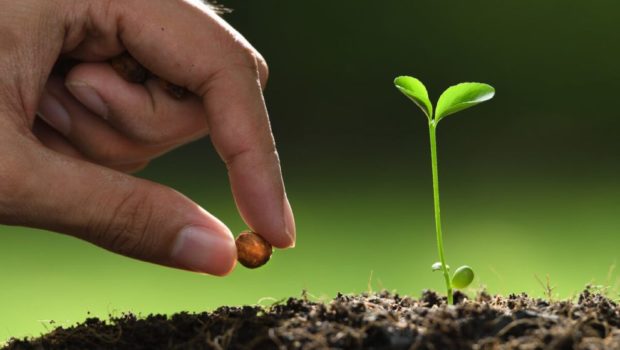 Bhakti In The Jīva: Inherent Or Inherited? Part 6: Nurture and Nature

Until now, we have tried to explain the siddhānta of bhakti by way of describing the independent nature of devotion and how it comes from itself through the agency of the sādhu. Also, we have quoted pertinent sections from our founding ācāryas and their scriptures concerning śakti-tattva and the position of the taṭastha-jīva in relation to the svarūpa-śakti/bhakti-śakti. We have also tried to prove that as bhakti is a noninherent reality for the taṭastha-śakti, similarly prema, rasa, and the siddha-deha are also not intrinsic to the jīvātmā. Moreover, in part 5 of this series, we presented some of the most quoted evidence against the possibility of noninherence as well as its ultimate meaning when understood in the proper context. Here in part 6, with the idea of bringing the present discussion to a more comprehensive and integral platform, we will continue examining further pūrvapakṣa (opposing arguments) as well as various statements, works, and authors that present concluding evidence as to the definitive truth about bhakti in connection to the ātmā.

We will begin by considering another well-known verse from Śrī Caitanya-caritāmṛta that will undoubtedly help us to extract an even more complete conception of this intricate tattva:

It is the living entity’s constitutional position to be an eternal servant of Kṛṣṇa because it is the marginal energy of Kṛṣṇa and a manifestation simultaneously one with and different from the Lord.

Understood out of context and in a very general way, this śloka would seem to be promoting an opposite position to the one that we have tried to present. (And in fact, many practitioners quote these lines with the intention of establishing how the jīva is possessed of an inherent sthāyi-bhāva/siddha-deha.) But in truth, when this verse says that the jīva’s svarūpa is nitya-dāsa, here the term svarūpa does not refer to a bhāva-deha (a body made of spiritual emotions to participate in līlā). Nor does the term nitya-dāsa refer to divine mellows such as dāsya-rasa and so on. Basically, what is being talked about here is how the jīva-śakti has a subordinate nature. In other words, it is a dependent entity by its very constitution, being the marginal energy (taṭastha). According to Śrīla Jīva Goswāmī in Paramātmā-sandarbha 19, the jīva is also called śeṣa-bhūta-parasya, which means that “it (bhūta) is a part and portion (śeṣa) of Paramātmā (parasya),” implying that the soul has a natural affinity for and bond with its source—something inherent to the living being that is part of its potential for a life of love.

The jīva’s ānanda, however, is not like that of the svarūpa-śakti, which has the power not only to dispel māyā but also to even overwhelm Śrī Kṛṣṇa.1 By itself, the ānanda of the jīva does not possess the power for either of these two things. But since the jīva possesses an inherent potential to love, if it is blessed by the svarūpa-śakti, then and only then can it gain access to Bhagavān’s loving līlās with an appropriate spiritual body. This unactualized potential could be compared to the illuminating power of an unused light bulb, which, even when unused, retains its capacity to illuminate but cannot do so until connected to a power source; similarly, the baddha-jīva’s capacity to love Bhagavān through bhakti is unactualized but ever present as an inherent potential of consciousness itself.2 This potential is actualized when Kṛṣṇa’s intrinsic potency descends to the jīva, dissolving the empirical conditioning through unconditional devotion. In other words, the jīva’s svarūpa is inherent in terms of the potential for love that the soul possesses, since service constitutes the natural position of the living entity. Thus the eternal nature or inclination of the jīva is to love, and this perpetual tendency ends up in perfection when it rests on Rasarāja Śrī Kṛṣṇa, the supreme and most perfect object of all types of love, resulting in the emergence of one’s own eternal identity.

In relation to this point, someone might object that if the nature, or svarūpa, of the jīva is to serve Kṛṣṇa, how are we to understand the situation of those souls located in the state of sāyujya-mukti, who do not possess any kind of conception of service to Śrī Hari? Our reply is that the svarūpa (nature) of these jīvas continues to include the potential to perform sevā, but they are simply not performing it. It is just as if a servant is sleeping. We would not say that he is not a servant just because he is not serving at that specific moment—even though he is sleeping, his identity is still that of a servant. Similarly, the term svarūpa here refers to the potential of the jīva, and this potential can be both active and inactive. So although in our conditioned state we may not find a serving mood in ourselves, in any case our svarūpa is and will continue to be dāsa, or servant.

Continuing with the idea of the jīva’s svarūpa that we find in Paramātmā-sandarbha 19, Śrīla Jīva Goswāmī describes the soul as anu (atomic). Within Hindu philosophy, anu refers to the smallest class of a particle, which is both incorporeal and indivisible—anu has no parts and is therefore indivisible. Thus, the Sanskrit word svarūpa can refer to both one’s own form (sva-rūpa) and one’s own nature. Since the jīva is anu (which implies formless), the first of these meanings (“one’s own form”) is not be applicable to the soul. So the word svarūpa, applied in this case to the taṭastha-śakti, means “nature.” If, in any case, we would like to insist that the term svarūpa indicates that the soul possesses an intrinsic form of service to Śrī Kṛṣṇa, we would have to continue solving another series of contradictions that would appear one after the other. For example, Baladeva Vidyābhūṣaṇa declares in his Govinda-bhāṣya (2.3.49) that all jīvas are svarūpa-sāmya, or “of the same nature,” and that when any difference appears among them in this world, this is due to their respective individual karma.

If at this point we still insist on interpreting svarūpa as “one’s own form,” we must conclude in this context that all souls have the same (sāmya) kind of form—all are gopīs or gopas. Or from an even more narrow-minded perspective, they all have the same inclination toward, for example, mādhurya-rasa.3 Needless to say, these conclusions would be absurd. So instead of this, the appropriate translation for svarūpa in this context is “nature.” Thus, the word svarūpa in the verse under discussion (Caitanya-caritāmṛta 2.20.108) refers to the fact that all jīvas have the same nature as servants, while the differences we may see between one soul and another in this world are due to their respective karmic reactions. On the other hand, the differences observed in the various jīvas that inhabit the spiritual domain (or those sādhakas who are in the process toward perfection) are the product not of karma but of different types of bhakti (śānta, dāsya, sakhya, and so on) influencing their lives. Again, the conclusion is that, intrinsically speaking, all souls share the same nature. And regarding their respective differences, they are mainly because of the various environmental influences that they are taking shelter of.4

Another common misunderstanding in this connection is that the jīva is omniscient and thus already possessing intrinsic knowledge of its eternal relationship with God. But while commenting on verse 1.7.5 of the Śrīmad Bhāgavatam, Śrī Jīva Goswāmī declares that a conditioned soul is actually devoid of knowledge about Bhagavān. Indeed, māyā-śakti can cover the jīva precisely because the soul lacks intrinsic knowledge about the Godhead.5 This is clearly stated in the Bhāgavata itself:

Because a person who has been covered by beginningless ignorance is not capable of effecting his or her own self-realization, there must be some other personality who is in factual knowledge of the Absolute Truth and can impart this knowledge to him or her.6

Finally, another classical argument in favor of the jīva’s inherently possessing a svarūpa made of prema-bhakti (and hence its corresponding ānanda, known as bhaktyānanda) is the notion that the soul is sat-cit-ānanda. Explaining this term in his Paramātmā-sandarbha (28), Śrīla Jīva Goswāmī states that when the soul is said to be of the nature of cit, this actually implies that the jīva is not inert/unconscious. And when the jīva is said to be of the nature of ānanda, an attempt is made to imply that it is devoid of suffering. Thus, the term sat-cit-ānanda does not mean that the soul is full of knowledge and bliss, but that it is devoid (in its intrinsic constitution) of inertia and suffering. In fact, in Prīti-sandarbha 65, Śrī Jīva comments that “nobody can consider that the bliss existing in the jīva is a cause of bliss for Bhagavān, since such ānanda is extremely minute.” The specific word used here is kṣudratvāt (extremely small/insignificant). Thus it is concluded that such ānanda rather indicates duḥkha-pratiyogitvena (being free from suffering), and not a positive state of bliss in itself such as brahmānanda or bhaktyānanda. This same point is also supported in the authoritative Bṛhad-bhāgavatāmṛta (2.2.189), wherein Śrī Sanātana Goswāmī says that “in liberation achieved through the knowledge of one’s own being (where one realizes only the ātmā), the result is insignificant.”

In relation to bhaktyānanda, Śrī Jīva Goswāmī comments in his Bhagavat-sandarbha (98) that only through Bhagavān’s svarūpa-śakti is the energy of the living beings “completed, thus becoming extremely charming.” The same is confirmed in the famous statement of the Taittirīya Upaniṣad (2.7.1) that describes Bhagavān as rasa—raso vai saḥ. It concludes by saying that “the soul who attains rasa certainly becomes ānandī (full of bliss.)”7 A child possesses the potential to become an athlete, but that potential will be realized only if he or she practices. Similarly, it must be concluded that the jīva possesses the potential (svarūpa-yogyatā) to acquire knowledge and bliss in relation to Bhagavān but not the functionality to (phalopadhāyi-yogyatā), nor can it exercise them from its own intrinsic constitution. So one more time, we are drawn to conclude that bhakti is not inherent in the jīva but inherited8 through the merciful contact of the sādhus:

As long as these people (of materialistic regard) do not bathe in the dust of the feet of exalted devotees, who have abandoned all sense of possessiveness, their minds cannot touch the feet of Bhagavān Urukrama (Śrī Kṛṣṇa), the goal of contacting which is the cessation of vitiated existence.