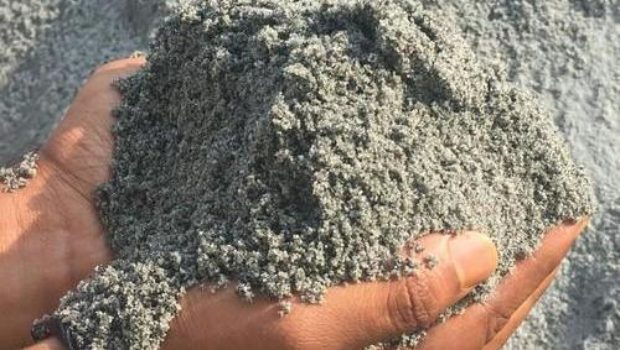 Why Study From a Guru?

To engage in the practice of bhakti, a practitioner needs the requisite knowledge about the practice and the goal to be achieved. These are the questions that are often asked: “Does this knowledge have to be received from a qualified teacher? Is it not possible to receive the knowledge by myself with the help of books and lectures available on the internet? Why should I get entangled with a teacher? I have heard many stories about how gurus exploit their disciples in the name of surrender. I don’t want to be cheated. I like bhakti, but I don’t want to be a part of a group or an institution. I love my freedom. Why should God limit himself in a way that he can be approached only through a guru? God is for everyone and we are all equal, so can we not approach God directly?” Śrī Jīva Gosvāmī answers these questions in Anuccheda 208 of Bhakti Sandarbha. He cites a statement by Śrī Kṛṣṇa spoken to Uddhava. Below I give the translation and my commentary on it.

Among them [the śravaṇa-guru, śikṣā-guru, and mantra-guru], it is specifically by contact with the śravaṇa-guru that the immediate intuition of scriptural truths can manifest, and not otherwise, as stated by Śrī Kṛṣṇa:

The word ādyaḥ, lit., “the first,” means the lower piece of wood used for kindling a fire (adharaḥ araṇiḥ). The compound tat-sandhānam, lit., “their contact point,” means “the churning rod placed between these two” (tayor madhyamaṁ manthana-kāṣṭham). The word pravacanam, “spoken discourse,” means “oral instruction” (upadeśa). The word vidyā, “knowledge,” refers to the knowledge disclosed in scripture, which is manifested out of the union of these three, just as fire is generated by the contact of the lower, upper, and middle pieces of wood.

A similar statement is found in the Śruti:

Now with regard to knowledge: The ācārya is the prior form, the disciple, the posterior; knowledge, their junction; and instruction, the medium.

Therefore, the Śruti makes the following statements [regarding the necessity of receiving knowledge from a guru]:

To obtain immediate realization of the Supreme Reality, one should certainly approach a guru.

One who has accepted an ācārya becomes acquainted with the Absolute.

O dearest one, this wisdom pertaining to the Absolute cannot be obtained by logic. Only when knowledge is received from a guru does it lead to the true understanding.

In former times, the fire required to perform yajña was produced by churning wood of the śamī tree. This wood was called araṇi. To start the fire, friction was created between a lower piece of wood, an upper piece, and a churning rod in the center. Since at the time in question, matchboxes were not available, there was no other way of producing fire. In the same manner, there is no other way of obtaining knowledge except by approaching a guru.

One may object that knowledge can be obtained by one’s own initiative simply by reading books. These days, most books are available in print form or on the internet. There are also audio and video lectures available. The guru was formerly needed when these were nonexistent. So, just as matchboxes or lighters are now the convenient way to ignite a fire, making the need to churn wood obsolete, so too there is no longer any need to seek knowledge from a guru. So why take the trouble to do so?

In response to this doubt, Śrī Jīva cites the principal verse of this anuccheda to affirm the absolute necessity for taking a guru. The practice of churning wood to generate a fire was not just because matchboxes or lighters did not exist in the past, but because it was an essential part of the injunction to execute the yajña. A yajña has to be performed in the precise manner prescribed to attain the desired result. If any detail is altered, then it will not yield the desired result. In Mahābhārata (Vana-parva, Chapter 135), there is a story to illustrate the necessity of learning from a guru.

There was a brāhmaṇa boy named Yavakrīta, who refused to attend the traditional school, called a gurukula, where students go to live with a guru. When he grew up, he realized that he could not function as a brāhmaṇa without an education. On this basis, he decided that he must somehow obtain knowledge. But at this point, he did not want to go to a teacher, because he would feel somewhat ashamed to be with much younger students. He heard that it was possible to obtain anything by observing penances. So he went deep into the forest and engaged in severe penances in the hope of acquiring knowledge. Many years passed, but there was still no result.

One day, Yavakrīta, went to the nearby river to take a dip, and there he saw an old man sitting and pouring sand from the bank into the river with his hands. Yavakrīta became curious to know what the old man was trying to achieve. He approached him and asked him why he was pouring sand into the river. The old man replied in all seriousness, “I need to cross the river. I do not know how to swim, and there are no boats available, so I have decided to build a bridge across it.”

When the young brāhmaṇa heard this, he could not control his laughter. The old man asked him, “What is so funny? Do you think there is an easier way to cross the river?” Yavakrīta replied, “I am laughing at your ignorance. You cannot build a bridge by pouring sand into the water. Any fool knows this much.”

At this, the old man retorted, “If you think you can obtain knowledge without approaching a guru, then I can also build a bridge in this way. I will do it by my own effort.” The brāhmaṇa was shocked to hear this. Then the old man revealed his identity as Indra, who had appeared there out of compassion for the brāhmaṇa. Indra then asked him to find a qualified guru and study the Vedas from him.

10 Responses to Why Study From a Guru?