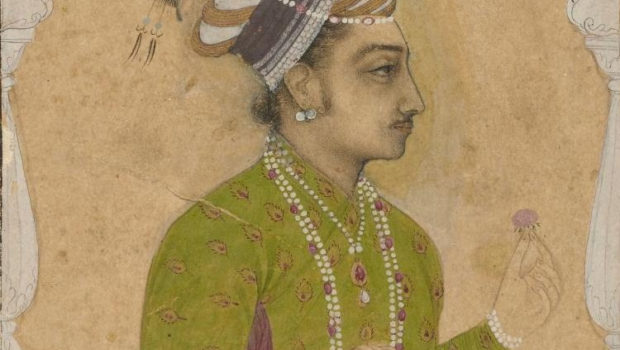 Islam and the Upaniṣads

By Jonardon Ganeri, excepted from, Dārā Shukoh and the Transmission of the Upaniṣads to Islam.

Dārā Shukoh called his Persian translation of fifty-two Upaniṣads Sirr-i Akbar, “The Great Secret.” What might that secret have been? In his remarkably informative preface to the translation, Dārā Shukoh reveals a great deal about his thinking. He was, first of all, thirsty for a resolution to a variety of “subtle doubts” about it that had occurred to him in the course of his studies. And

whereas the holy Qur’an is mostly allegorical, and at the present day persons thoroughly conversant with the subtleties thereof are very rare, he [Dara] became desirous of bringing in view all the heavenly books, for the very words of God itself are their own commentary; and what might be in one book compendious, in another might be found diffusive, and from the detail of one, the conciseness of the other might be comprehensible. He had therefore cast his eyes on the Book of Moses, the Gospels, the Psalms, and other scriptures, but the explanation of monotheism (tauhid) in them also was compendious and enigmatical, and from the slovenly translation which selfish persons had made, their purport was not intelligible.1

Dārā Shukoh represents his quest as a kind of research work, looking to a variety of sources in order to find answers to his questions. Among any variety of sources, some will offer clearer and more comprehensible accounts of certain details than others; it is therefore only rational to consult all of them. The unspoken assumption, of course, is that all religious texts have a common subject matter, whatever their varying stylistic merits or drawbacks might be. In the background, then, is what might be termed a religious cosmopolitanism, a belief that there is a common spiritual heritage to all humanity. This is a manifestation of the Sufi doctrine of waḥdat al-wujūd (‘Unity of Being’), which, as Muzaffar Azam has shown, contributed to the shape of Hindu-Muslim relations in northern India throughout the 16th and 17th centuries, from Akbar to ‘Abd al-Rahman Chishti.2

Suggesting that the Indians have tried to conceal their spiritual treasure from the Muslims, Dārā Shukoh then goes on to make a second legitimizing argument for the hospitality he shows towards the Upaniṣads in translating them into Persian.

Then every difficulty and every sublime topic which he had desired or thought and had looked for and not found, he obtained from these essences of the most ancient books, and without doubt or suspicion, these books are first of all heavenly books in point of time, and the source and fountain-head of the ocean of Unity, in conformity with the holy Qur’an and even a commentary thereon.3

That the Upaniṣads supply answers to the problems he had encountered in his Sufi studies is proof enough that they are genuine sources of spiritual insight, and they might even be said to provide a commentary upon the Qur’an in so far as they explicate its puzzlingly allegorical statements. To a modern-minded religious pluralist, such a statement might seem almost unintelligible; but within Dārā Shukoh’s religious cosmopolitanism, it makes perfect sense. Just as there is one astronomy or chemistry, which different peoples at different times have found out different things about, so too there is one spiritual adventure to which all the world is party. Dārā Shukoh does not think of himself as bringing two distinct religious traditions into conversation or dialogue but as drawing together different strands of a common resource. Seyyed Nasr rightly states that “the translations of Dārā Shukoh do not at all indicate a syncretism or eclecticism,”4 the reason being that he does not acknowledge the difference that a syncretic mission presupposes. His final legitimization of his project is, however, the most daring of all. He now claims that the Upaniṣads are actually mentioned in the Qur’an, and designated as scriptural texts.

And it becomes clearly manifest that this verse is literally applicable to these ancient books: “Most surely it is an honoured Qur’an; in a book that is protected. None shall touch it save the purified ones. A revelation by the Lord of the worlds (Qur’an lvi 77–80).” It is evident to any person that this sentence is not applicable to the Psalms or the Book of Moses or to the Gospel, and by the word “revelation”, it is clear that it is not applicable to the Reserved Tablet; and whereas the Upanekhat, which are a secret to be concealed and are the essence of this book, and the verses of the holy Qur’an are literally found therein, of a certainty, therefore, the hidden book is this most ancient book, and hereby things unknown became known and things incomprehensible became comprehensible to this faqīr.5

Dārā Shukoh concludes his preface with a final definitive statement of what I have been calling his religious cosmopolitanism. The words of God, of which the Upaniṣads are a part, are available to all who are free of prejudice and bias.

Happy is he who having abandoned the prejudices of vile selfishness, sincerely and with the grace of God, renouncing all partiality, shall study and comprehend this translation entitled the Sirr-i-Akbar, knowing it to be a translation of the words of God, shall become imperishable, fearless, unsolicitous and eternally liberated.6

The final sentiment sounds as if it has been inspired by the Upaniṣads themselves, and perhaps we can hear just a slight influence of his Indian source on his own thinking, overt denials that any such thing is possible notwithstanding. For although Dārā Shukoh has gone to extreme lengths to argue that there is no spiritual wisdom in the Upaniṣads that is not already contained in the Qur’an, if only allegorically, it would not be surprising if their distinctive rhetoric of immortal freedom and release were to have infused itself into Dārā’s own spiritual vision.

One Response to Islam and the Upaniṣads