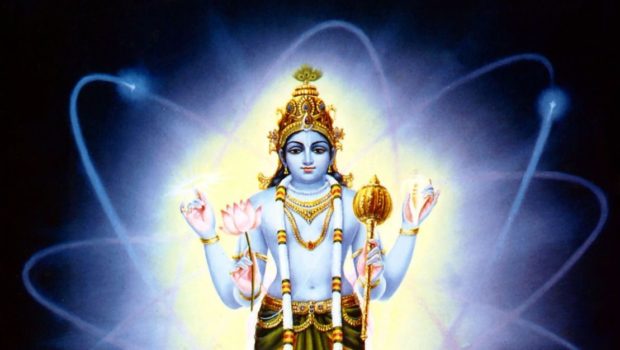 Mysticism: When Science and Religion Converge

Science has not replaced religion, nor does it have the potential to do so. The two amount to different ways of knowing: objective and subjective; ascending and descending. Science pursues knowledge of the objective realm in an effort to master it, while religion pursues knowledge of the subjective realm in an effort to serve therein. Science can tell us much about the objective world in great detail, and this in turn gives it credibility. Religion, on the other hand, can tell us much about the subjective world, which is naturally elusive in comparison to the objective realm.

However, the fact that the subjective—consciousness proper—eludes even definition, given that there is nothing similar to compare it with and thereby define it, does not in any way make it less significant. Indeed, its elusive nature speaks loudly as to the folly of attempting to reduce it to matter. We will never get first-person experience out of brain matter any more than we will get it out of a set of billiard balls. They are both only matter and therefore non-experiential. And while matter is experienced, it is consciousness that experiences. Being categorically different from matter and not of the natural world, it is not confined by time and space. It has always existed and it always will exist. It is first-person experiential existence, without which matter does not matter. While consciousness does science, real religion undergoes a study of consciousness

Thus religion is the larger circle within which science is contained. Science is a smaller circle of concern, concern for material things, while the most important things in life are not things at all. That which assigns value to things is more important than things unto themselves. And to understand that “thing”—consciousness—requires a subjective methodology. Real spiritual practice—yoga as a spiritual discipline that can be incorporated into any particular ego effacing supernatural conviction—affords tangible experience of the enduring nature of consciousness. And as much as science seeks to subvert or reduce the subjective realm to the objective realm, turning consciousness to matter, it self-destructs, pun intended.

The attempt to reduce consciousness to matter does away with (in theory) an enduring and real “self,” and such scientism becomes no more than a poorly reasoned belief system—metaphysical naturalism. This is so because there is no observable evidence that conclusively demonstrates that consciousness is reducible to matter, and thus to believe that it is requires a leap of faith and, again, an unreasonable one, because to believe that consciousness does not matter, that it is not a causal agent, is to contradict the way we live our lives. It is but a talk that no one walks, nor can they. It constitutes a performative contradiction in that it proposes an idea (that our conscious sense of self is an illusion) that is contradicted by the very act of proposal. It is like saying, “I am dead.” Under scrutiny, such “science,” which is illogical and arguably superstitious, belongs in the same arena as its opponent, fundamentalist religion.

There is a list of approximately one hundred questions that science has not been able to answer. At the top of the list are the questions, “What is the universe made of?” and “What is the biological make-up of consciousness.” These are certainly two hugely significant questions. But notice that the second question reveals a distinct bias, a bias that has much to do with why the question remains unanswered. To remove the bias the question should be rephrased, “Is there a biological makeup to consciousness?” The simple answer then is “No,” both intuitively and logically.

So biological death has nothing to do with us because we are the experiencer. We are consciousness. Not merely perception (which is an aspect of consciousness), but consciousness itself, the experiencer. This experiencer is not the conventional ego or our identity as an American or Indian, and so on. That ego, that identity, is no doubt false—an illusion. When we speak of consciousness we refer to William James’ “I” concept, as opposed to his “me.” His ‘me’ is the conventional ego, but his ‘I’ is a unit of experiential existence itself. This is the Sanskrit atma. It does not die along with biological death because it is not biological in nature. Only the “me” dies along with the biological organism. And thus death is a problem for those who are absorbed in an identity derived from attachment to things and the biological order of life. For one who knows oneself, the problem of death is solved. Religion is for solving the death problem. Science will never do that.

Modern science was born as a Christian. In its adolescence, it became an agnostic. In its adult life, we are now experiencing that it is becoming an atheist. But if science is to live into old age it must become a mystic. Mysticism is the meeting point of real religion and real science. Only there can they find common ground and complement one another. When science is engaged in primarily for the purpose of facilitating humanity’s pursuit of plumbing the depths of consciousness proper—studying the natural world in order to better facilitate the pursuit of the supernatural—science finds true meaning and at the same time, religion becomes well informed about the natural world.