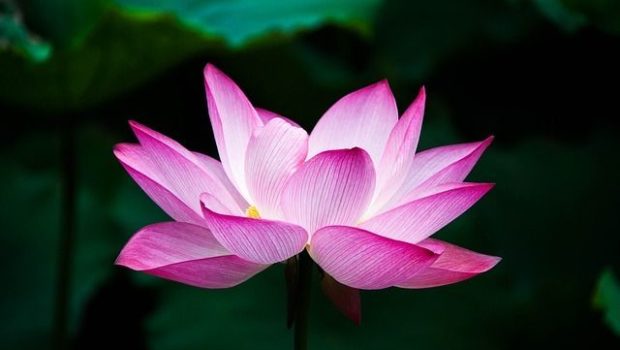 Ascetics are known for distancing themselves from the world by their austerity. However, as frightful as a life of austerity may at first seem to the worldly, there is something undeniably attractive about asceticism. At the very least, the mystery of how one appears to live “without”—or “within”—piques our curiosity. We are either enchanted by this prospect or driven to debunk it. In either case, it speaks loudly to us, and while ostensibly a life of deprivation, asceticism declares just the opposite, “Go within, or go without.”

We need only explore the ascetic within ourselves to begin to understand the nature of asceticism’s inner wholeness. No one can avoid austerity, and even when we are forced by circumstance to accept it, we find that we can live with less. We learn. We learn that our existence is not as dependent upon material acquisition as we had mistakenly thought. Even during involuntary austerity, we are forced to move from the world of the senses and sense objects to the world of the mind and intellect. In great austerity, we have to reason to endure, and in doing so we find a world that is larger in its scope than that of the mind and the five senses.

The mind is no doubt more spacious and accommodating than the body, but intellect is more spacious and accommodating than the mind. With our five senses, we can experience a mountain and we can experience gold, but only in the mind can we encounter a mountain of gold. In the mental world, there are many more possibilities than we find in the physical world. Above the senses and the mind stands reason, for with our discriminating faculty we can make sense of our physical and mental experiences, and determine how to respond to them such that our lives become more meaningful and free. For example, although some experiences may feel good to the mind and senses, with our intellect we can determine whether or not they are good for our true selves. From sense objects, to the senses, to the mind, and from there to touch the intellect constitutes a progression within the material hierarchy, beyond which lies the self. As the Gita informs us, “It is said that senses are superior to the sense objects, the mind is superior to the senses, and moreover, the intellect is superior to the mind. Superior even to the intellect is the self.” (3.42) It is when we leap from the last step on the ladder of the material hierarchy to the realm beyond reason that we find the self and become whole, landing on the ground of being.

This leap, however, involves voluntary austerity. It involves intentionally going within in pursuit of one’s fortune, a journey fueled in part by the well-reasoned conclusion that the world of things and thoughts has little to do with the self. It should be noted that the reasoning supporting the self’s superiority to the intellect lies in understanding its categorical difference from matter. The self is the perceiver, the thinker, the knower in this world, and merely expresses its capacity to be so through the instruments of the senses, mind, and intellect. It is the self—consciousness—that brings matter to life and underlies the entire material existence. Of all of our human experiences, we should marvel most at one: the experience that we experience, while matter, in contrast, is that which is experienced, lacking any capacity to experience independent of consciousness. To turn inward, to pursue a more meaningful life above the relentless call of the mind and senses, is reasonable, while the means to do so transcend the limits of reason. From austerity, we turn to abnegation.

The ascetic’s abnegation—his or her renunciation of personal interests in favor of the interests of others—is at the heart of the ascetic’s spiritual practice. The sacred Hindu text, Srimad Bhagavatam, informs us, through advocacy of devotional asceticism, that “giving up aggression toward others is the highest gift.” The ascetic accomplishes this by eradicating his or her ego of exploitation within the context of replacing it with an ego of dedication. His or her renunciation and austerity is thus a by-product of their dedication. That which appears on its surface to be negative and world-denying has its origin in something sublime.

In yoga we learn that giving is getting, something that contradicts reason yet is nonetheless readily experienced by anyone who gives. The mystery of the ascetic’s fullness—how he or she lives without many of the things we think we need to survive and be happy—is unveiled as much as one begins to give. When we give of ourselves, we gain wisdom and understanding of the nature of the self. This gain is not something one can hold up and show to others, yet it is tangible, as tangible as one’s very self.