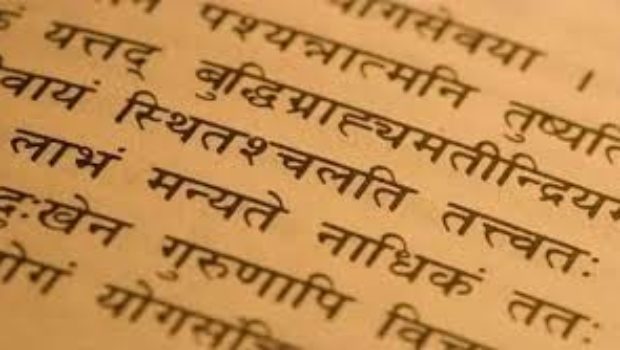 Jāmātṛ Muni’s Influence in Ṭhākura Bhaktivinoda and Śrīla Jīva Goswāmī – Part 4: Are We to Read our Ācāryas According to the Sources They Quote?

Although it has already been established in my previous article that even if Jīva Goswāmī quotes Jāmātṛ Muni that does not mean that he embraces whatever the Muni says, still the pūrvapakṣī1 declares, “We should read Jīva Goswāmī according to the sources he quotes.” In other words, the proposal is that while Śrī Jīva may not accept Jāmātṛ Muni in toto, at least in those specific cases when he quotes him, we should conclude that Śrī Jīva is in full agreement with the Muni’s opinion. Next, I will analyze why this logic is remarkably untenable.

When we hear this atypical proposal, an immediate question may come to mind: How can it be said that Śrīla Jīva Goswāmī must perfectly accord with the views of his sources, given that he is proposing an entirely novel Vedāntic darśana? If he absolutely accorded with all of his sources, what would be the need for him to say anything at all? Indeed, Śrī Jīva refutes Viśiṣṭādvaita, Rāmānuja’s metaphysics, outright in his Sandarbhas, and he presents things diametrically opposed to Śrī Madhvācārya even while quoting him.2 In other words, the pūrvapakṣī is literally saying that since Śrī Jīva quoted Jāmātṛ Muni or others, he has no right to say anything that does not accord with their philosophy. Indeed, he further adds that “Jīva Goswāmī picks and chooses different teachings from different traditions, and is combining them in a way that best represents Mahāprabhu’s tradition.” But to think that Śrī Jīva was obliged to repeat and subscribe exactly to the teachings of any of his sources is to say he had no original thoughts. But Śrī Jīva Goswāmī did not do that with any of the authorities he cites. He did not make up our Gauḍīya theology by just putting together what others have said without any original contribution of his own.

In an attempt to connect the Sandarbhas’ conclusions with the Śrī sampradāya and Jāmātṛ Muni’s views on the present topic, the pūrvapakṣī hints at the possibility of Śrī Jīva mostly taking from others when emphasizing that the Sandarbhas were actually mostly written by Gopāla Bhaṭṭa Goswāmī and only edited by Jīva Goswāmī. While this may be true on some level, a book like Kṛṣṇa Sandarbha contains so many ideas typical of Śrī Jīva that it is difficult to think that he just edited it. Nonetheless, whoever may be the ultimate author of the Sandarbhas, if we carefully go through all of the sections where the author speaks about whether bhakti is inherent or not, it is overwhelmingly clear that it says it is not, so there is actually no need to go to another sampradāya and try to disprove that.

Rightly so, at this point, we may ask: Why are we not talking about the direct statements of Śrī Jīva? Why are we taking more statements from Śrī Jāmātṛ Muni instead? He certainly disagrees with the Gauḍīyas in many ways. And although the pūrvapakṣī himself accepts that Śrī Jīva may not agree with everything the Muni says and vice versa, how does he precisely know what Śrī Jīva accepts from Śrī Jāmātṛ and what not? Again, what we have here is another unprovable conjecture.

In connection to this, the pūrvapakṣī retorts that “the sources Jīva Goswāmī is using need to be understood as part of Śrī Jīva’s explanation, because he will not contradict the very sources he is using.” He then further adds, “Jīva Goswāmī glorifies Jāmātṛ Muni, relies on his teachings, uses the same terms, so if you say that Śrī Jīva has a different view on that, then the question comes: Did Jīva Goswāmī fail to grasp Jāmātṛ Muni, or, alternatively, did he deliberately misrepresent him? Neither of those two options are satisfactory.” While neither of these two options may be satisfactory, those are not the only available ones. Here the pūrvapakṣī is again creating a false dichotomy by presenting his own conjecture as the only possible logical conclusion, but, as it has been already shown, there is a place for Śrī Jīva to resort to a particular source while understanding its author’s intention but using such material in the context of his own presentation, all of which should not be considered a misrepresentation, but a typical way of using other’s concepts, lists, or structures in the context of one’s exposition of siddhānta—transcendental borrowing. Next, I will share a few outstanding examples of this classical device as employed in our Gauḍīya sampradāya, showing how this method does not necessarily imply that the borrowers agreed with the sources they borrowed from.

Maybe without realizing this, the pūrvapakṣī himself gave one of the most remarkable cases of transcendental borrowing, when mentioning how a third of Śrīla Rūpa Goswāmī’s Upadeśāmṛta came from other sources such as the Haṭha-yoga-pradipika—sources that do not align with the Gauḍīya siddhānta at all. Another well-known example also comes from Śrī Rūpa, in this case through his famous borrowing of Bharata Muni’s structure of rasa present in his Nāṭya-śāstra, in order to present his own doctrine on rasa in Bhakti-rasāmṛta-sindhu. While Bharata’s presentation focuses on the experience of secular rasa, Śrī Rūpa’s notion of rasa is clearly a supramundane one, thus drastically differing from the notion presented in the sources he is quoting. In the case of Śrīla Sanātana Goswāmī, he repeatedly quotes Vallabhācārya as an authority in his own commentary on the Bhāgavata,3 which does not mean that he has now fully aligned with the siddhānta of the Vallabha sampradāya. Similarly, Śrī Rūpa Goswāmīpāda also employs Śrī Vallabha’s concepts of maryādā and puṣṭi in his Bhakti-rasāmṛta-sindhu4 as some form of parallels with his notions of vaidhī-bhakti and rāgānugā-bhakti, although we clearly know they are not totally the same. In all of these cases, we witness some form of “conceptual appropriation” by our founding ācāryas which does not imply a total acceptance of the siddhānta coming from the lineage they took from, nor even a total acceptance of the original intention behind the structure or concepts taken from them.

Going to Śrīla Jīva Goswāmī himself, we find him quoting Śaṅkarācārya repeatedly, much more than Jāmātṛ Muni, throughout his Sandarbhas. Although he has quoted Śaṅkara in order to refute his impersonal doctrine, Śrī Jīva has also mentioned him abundantly as an authority, not using this precise word, but citing many of his commentaries and interpretations of different terms and verses.5 And doing so does not mean that Śrīla Goswāmīpāda has failed to grasp his source’s intention or that he has deliberately misrepresented him, much less that he has aligned himself with Advaitavāda. Similarly, we Gauḍīyas may happily sing Śaṅkara’s Bhaja Govindaṁ without necessarily becoming impersonalists. Another example from Śrī Jīva’s “divine borrowing” can be found in his poetic work called Bhakti-rasāmṛta-śeṣa, where he follows Viśvanātha Kavirāja’s Sāhitya-darpaṇa, another famous work of secular aesthetics, almost word by word in its substance.6 Indeed, the great majority of the examples given in this work are those either composed or selected by Viśvanātha Kavirāja, merely being “doctored” by Śrī Jīva in order to make them suitable for his depiction of Kṛṣṇa līlā, much in the same way Śrīla Rupa Goswāmī did with a number of verses in his Padyāvalī.7 As we can clearly see, this methodology implies not any form of conceptual alignment, but exclusive utilitarian purposes.8

Returning for a moment to his Sandarbhas, there Śrīla Jīva Goswāmī not only abundantly quotes Śrī Madhvācārya9 but even praises him with similar, or even more, flattering words than the ones he used to address Jāmātṛ Muni. For example, in Kṛṣṇa Sandarbha 28.4 he calls Śrī Madhva “the honorable ācārya of Tattvavāda.” Even above this, Śrī Jīva addresses him in Tattva Sandarbha 28.1 as “the venerable Madhvācārya, the prolific teacher of the distinct Vaiṣṇava philosophy of Tattvavāda.” Here we find a glorification of Madhvācārya very similar to the one proffered to Śrī Jāmātṛ, and just as Jīva Goswāmī may honor Śrī Madhva but we also know he does not follow him in toto, similarly his praise of Jāmātṛ Muni has been presented in a particular context, and not because Śrī Jīva embraced the Muni’s teachings as his own ultimate siddhānta on bhakti in the jīva.

We can conclude this section with an even more extreme example of this same principle, that of Ṭhākura Bhaktivinoda’s use of the Bāuls’ kīrtana style for his own devotional presentation in his songbook Bāul-saṅgīta. Interestingly enough, on one side the Ṭhākura has publicly denounced the Bāuls as an apasampradāya throughout his writings, but on another side, he gently borrows from them the structure of their kīrtana not only to convey Gauḍīya siddhānta, but specifically to refute the Bāuls’ own doctrine! Indeed, in these songs, Śrī Bhaktivinoda signs his name as “Chand Bāul” and urges the Bāuls to change their ways to be pure at heart and worship Kṛṣṇa. If this transcendental borrowing can be done even from an apasampradāya without necessarily subscribing to their ideals, then this could be done much more naturally in relation to a closer Vaiṣṇava lineage like the Śrī sampradaya, as Śrī Jīva did with Jāmātṛ Muni, his textual reuse being totally context-specific. In this way, it has been shown how the argument that Śrīla Jīva Goswāmī has to accord with the sources he quotes, used as a way to circumnavigate the necessity of Ṭhākura Bhaktivinoda being understood in light of Śrī Jīva’s direct statements, proved entirely circular and unfounded.

In my next article, I will focus on the one single word that the pūrvapakṣī considers the ultimate proof for Jīva Goswāmī’s apparent acceptance of the inherence of bhakti in the jīva: śeṣatva.