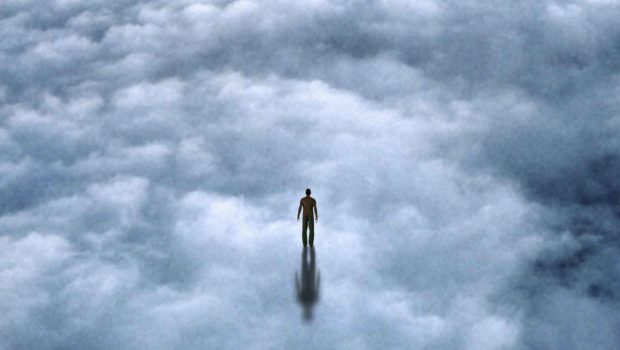 No matter how unthinkable it may seem, the pūrvapakṣī’s1 main argument is almost exclusively based on one single word from Śrīla Jīva Goswāmī’s monumental corpus. Whatever Śrī Jīva has revealed both before and after it does not seem to count here, but we are supposed to reduce his ultimate conclusion to a few letters, even if the pūrvapakṣī’s interpretation of them radically contradicts everything else Śrīla Jīva Goswāmī has said in his writings. Indeed, if one actually studies Śrī Jīva’s Sandarbhas, it won’t be possible to find even one single mention of bhakti or prema being somehow inherent, but exactly the opposite.2 That said, let’s go to Śrī Jīva’s explanation of śeṣatva.

As has been already mentioned, anuccheda 19 of Paramātma Sandarbha lists twenty-one qualities of the jīva originally presented by Jāmātṛ Muni on the basis of another list of qualities included in Padma Purāṇa. The last of these qualities, considered by the pūrvapakṣī the most important of all, is śeṣatva or, more specifically, paramātmaika-śeṣatva-svabhāva, which refers to how the jīva’s nature is to be understood as an integrated part of Paramātmā. Although this official definition does not directly convey the notion that bhakti is inherent in the jīva, the pūrvapakṣī claims that śeṣatva does indeed refer to inherent bhakti. Let’s first see what the very author of the Sandarbhas has to say about śeṣatva in anuccheda 37, the only additional section where he speaks on this concept and elaborates upon its meaning:

Next to be explained is the meaning of paramātmaika-śeṣatva-svabhāva, i.e., “the jīva is by nature the unitary, irreducible remainder of Paramātmā.” In the compound paramātmaika-śeṣatva-svabhāva, the word eka (“a unit”) refers to an entity who is other than, or distinct from, Paramātmā, and the word śeṣa (“remainder,” “residue”) means “a part.” That entity who is both a distinct unit (eka) and an irreducible part (śeṣa) is eka-śeṣa, a part of Paramātmā that is yet different from him. A unitary, or integrated, part of Paramātmā is known as paramātmaika-śeṣa, and its existential condition (bhāva) is called paramātmaika-śeṣatva. So, that which has this condition as its intrinsic nature (svabhāva) is called paramātmaika-śeṣatva-svabhāva [referring to the jīva]. Moreover, this is its permanent state of being (sarvadā), implying that such is the case even in the liberated state. The jīva has this intrinsic nature by its very own inner constitution (svarūpata eva), meaning that it is not the outcome of some covering or limitation (pariccheda) [on Brahman by māyā]. By virtue of Paramātmā’s natural inconceivable potency, the jīva is by nature like a particle of his rays, but in its conditioned state, it becomes to a certain degree a part even of the material energy, prakṛti (prakṛti-śeṣatvamapi). This is the [double] sense of the word svataḥ, “by its own inner constitution” [in the verses of Jāmātṛ Muni in anuccheda 19].

By a close reading of the above definition, we find nothing like what the pūrvapakṣī says Jāmātṛ Muni understands śeṣatva to mean. In other words, this section does not deal with bhakti or prema at all. Jīva Goswāmī is here establishing the nature of the taṭastha-śakti in relation to Paramātmā. The jīva is the inherent energy of Paramātmā and it is never divorced from its constitutional nature of being an integrated part of him, even in the liberated state. Śrī Jīva does not say anywhere that śeṣatva means dāsya, or pure devotion, as the pūrvapakṣī suggests. Indeed, attributes eight and nine of this list describe the jīva as eka-rūpa svarūpa-bhāk or, as translated by Ṭhākura Bhaktivinoda in the sixth chapter of his Daśa-mūla-śikṣā, “In their original identity, all jīvas are equal”. Thus, the reason for Śrī Jīva not further expanding on śeṣatva in any other direction, as the pūrvapakṣī attempts to do, is a conscious choice.

Interestingly, Śrī Jīva’s description of śeṣatva is almost four times longer than the second-longest definition of any of the remaining twenty qualities of the jīva. If he elaborated on śeṣatva in such detail, why then did he never mention that this term actually speaks of some form of inherent bhakti? To this, the pūrvapakṣī has creatively conjectured by saying that Śrīla Jīva Goswāmī did not mention that śeṣatva means inherent bhakti because he expected his readers to know the obvious meaning of śeṣatva! But if the meaning of this term was that obvious among Śrī Jīva’s contemporaries, then why did he dedicate his longest explanation to such a quality, even above other qualities whose meaning may seem even more obvious, like the jīva not being inert, being eternal, and endowed with agency?

Indeed, if śeṣatva is the most important of these qualities, why then did Śrīla Jīva Goswāmī take for granted that all his readers understood its meaning and not explain in detail all that the pūrvapakṣī thinks Śrī Jīva actually meant? If śeṣatva if the most important attribute of the jīva and such attribute implies bhakti’s inherence in one way or another, then surely Jīva Goswāmī would have made this idea clear in his own explanation of the term, but he does not. How does he deal with śeṣatva in his treatise? At best he says that the jīva has an affinity for its source, Paramātmā. Why is he not exactly saying what Jāmātṛ Muni says, making it the centerpiece of his presentation? Evidently, because he had a different opinion. Thus, what we find here is another one of the many conjectures presented by the pūrvapakṣī, invoking fictional postulates to make Gauḍīya siddhānta fit a forced and unnatural conclusion.

Another attempt in this connection is the pūrvapakṣī’s forced interpretation of the terms śeṣatva, dāsatva, and prema as synonyms. In this context, he quotes Caitanya-caritāmṛta 2.24.201, where it is said that the nature of the jīva is to be a servant of Kṛṣṇa. This verse closely follows what is being said in Caitanya-caritāmṛta’s “jīvera ‘svarūpa’ haya…” verse,3 which presents a type of dāsatva that could be related to the notion of śeṣatva present here—the jīva’s constructional position is to ultimately be Kṛṣṇa’s servant. But as it will be explained in my forthcoming book, this is only a potential that is not actualized until one receives the seed of bhakti. While we agree that dāsatva constitutes an unactualized potential in the jīva, as the Padma Purāṇa verse used by Jāmātṛ Muni declares—dāsa-bhūto harer eva nānyasyaiva kadācana—we cannot nonetheless conclude by these statements that śeṣatva implies that bhakti or prema is somehow inherent in the jīva. Dāsatva can be synonymous with śeṣatva in terms of the jīva’s potential, but not in terms of inherent prema.

In summary, śeṣatva is the constitutional position of the jīvātmā like a sun-ray sheltered in the sun. The term śeṣa itself signifies that the jīva is the part and parcel of śeṣī (the whole). Thus, the natural state of the jīvātmā is to be an integrated part (śeṣa) of Paramātmā (śeṣī), which is its constitutional position. But śeṣatva is something different from the knowledge that the jīva is a śeṣa. In other words, one thing is to be dependent on Kṛṣṇa, and the other thing is to be aware of it and act accordingly. The latter constitutes a type of knowledge that is not present inherently in the svarūpa of the jīva. And since that knowledge is in itself bhakti this is another proof that bhakti is not inherent. Thus, the śeṣatva of the jīva implies his condition of eternal dependence, and only in that sense servitude, but not the inherent awareness of oneself as an eternal servant, all of which comes from bhakti.

Unlike the Śrī sampradāya, our Gauḍīya tradition sees bhakti both as an end and as a means. For Śrī Vaiṣṇavas the two are clearly not the same, and their goal is not prema, but rather mokṣa. Essentially, Śrī Vaiṣṇavas teach that all that is involved in mokṣa is realizing the self by the grace of God, the self-being inherently the property of God, and God choosing how to use his own property. That said, the pūrvapakṣī considers that bhakti as a sādhya, ultimate goal, is somehow inherent in the jīvātmā, whereas bhakti as a sādhana comes from outside through sādhu-saṅga. Furthermore, and as we will eventually see, for him bhakti as a sādhya is inherent only as a goal the ātmā is destined to attain, rather than as part of the constitution of the ātmā. It is almost impossible to ascertain how this same notion is what Śrī Vaiṣṇavas conclude, what to speak of what Śrīla Jīva Goswāmī teaches. Curiously, at one point the pūrvapakṣī has also declared that he “won’t deny the possibility that Śrī Jīva borrowed the term śeṣatva but interpreted it differently,” thus showing his lack of conviction concerning his own main argument. However, even if for a moment we were to consider that śeṣatva somehow proves that bhakti is inherent in the jīva, still we would have to harmonize Śrīla Jīva Goswāmī with Śrīla Jīva Goswāmī—his profuse and robust scriptural evidence to the contrary. Not only that, but we would have to harmonize the many different statements in which Ṭhākura Bhaktivinoda and others clearly established bhakti’s noninherence, as we will see in further sections. Thus, many things remain to be accommodated, and, truth to be told, the pūrvapakṣī’s stance creates more problems than it tries to solve.